The collection comprises of 3 cassette tapes of interviews conducted by Riobaird Mac Góráin. Also tss transcripts of same. The interviews were conducted in 1986 when Sullivan was aged 85.

A member of the Pro Treaty side in the Civil War, Sullivan describes his motivations and the people he encountered and served with. He also describes his earlier involvement with the Volunteer movement, his subsequent arrest and incarceration in Cork Jail and Port Laoise Prison. He describes encounters with many of the notable personalities of the period, including an encounter with Michael Collins in Bandon the day before his assassination. After the war of Independence Sullivan joined the Army Comrades and subsequently the ‘Blueshirt’ movement under the leadership of Eoin O’Duffy. In 1950 he was elected to Cork County Council and became the longest serving member there. In the course of the interview he gives his thoughts on the development of Local Authorities in Ireland and the role they play in society. 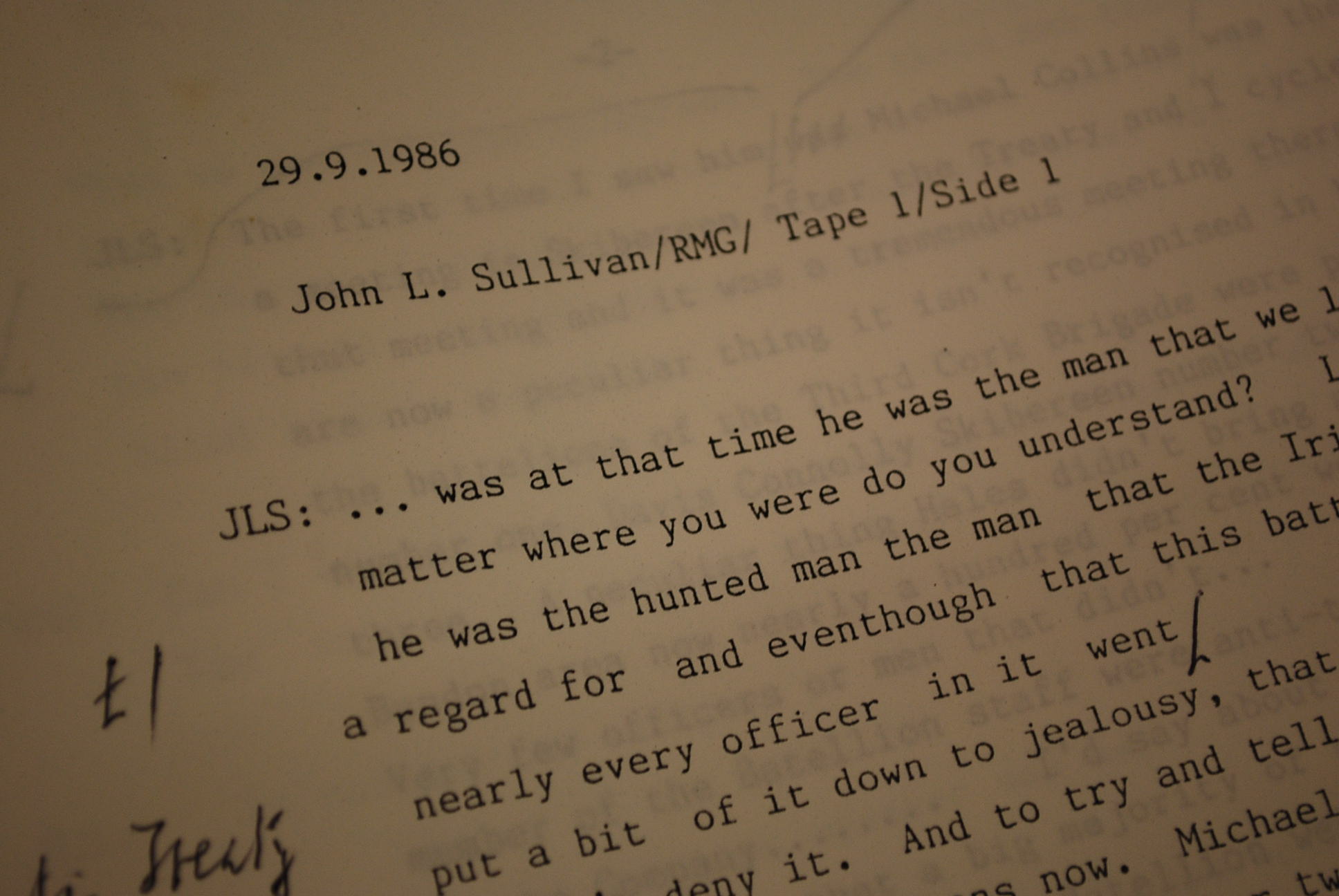