This collection is divided into two sections. The first being tss copies of letters written by the Irish patriot Thomas MacDonagh (1878-1916) to his fellow teacher and Gaelic League activist Padraig MacSuibhne of Fermoy, Co. Cork.  The second contains MacDonagh’s final address to his court marital (a mss copy) titled the “Last and Inspiring Address of Thomas MacDonagh”, allegedly as delivered by him in response to the sentence of death imposed by military court martial. However this does not appear to form part of the official court martial record preserved in The National Archives at Kew no. WO/71/346.  Preserved here also is a tss ‘The Life and Times of Dr. Creagh, Bishop of Cork and Cloyne (1580 –1603)’, authorship unknown.

The letters deal mainly with MacDonagh’s activities within the Gaelic League and his career as an educationalist. There are few references to his politics, but his nationalist sympathises are detectable. No replies from MacSuibhne are extant. The early letters in particular give a vivid insight into the local organisation of the Gaelic League and some of the ongoing power plays both on a local and a national level. Throughout his career as a teacher he is reliant on the influence of MacSuibhne and other sympathetic colleagues to help secure positions both for himself and other activists. MacDonagh’s letters reflect the system of patronage in operation at that time regarding government appointments.

In a number of letters (BL/P/TMD/12) he mentions his work at St. Enda’s the school found by Patrick (Pádraig) Pearse, declaring at one point “ we are now at last succeeding beyound our hopes in our objects, in turning out Irish speaking nationalists” (BL/P/TMD/23). He frequently refers to his own literary works, his poem, plays and books. He valued MacSuibhne’s opinion and often asks for his thoughts on literary matters. In one of the last letter preserved in this series he describes his happiness at the birth of his son Donnchadh and the career he feels is ahead of him within the Irish University sector (BL/P/TMD/24). 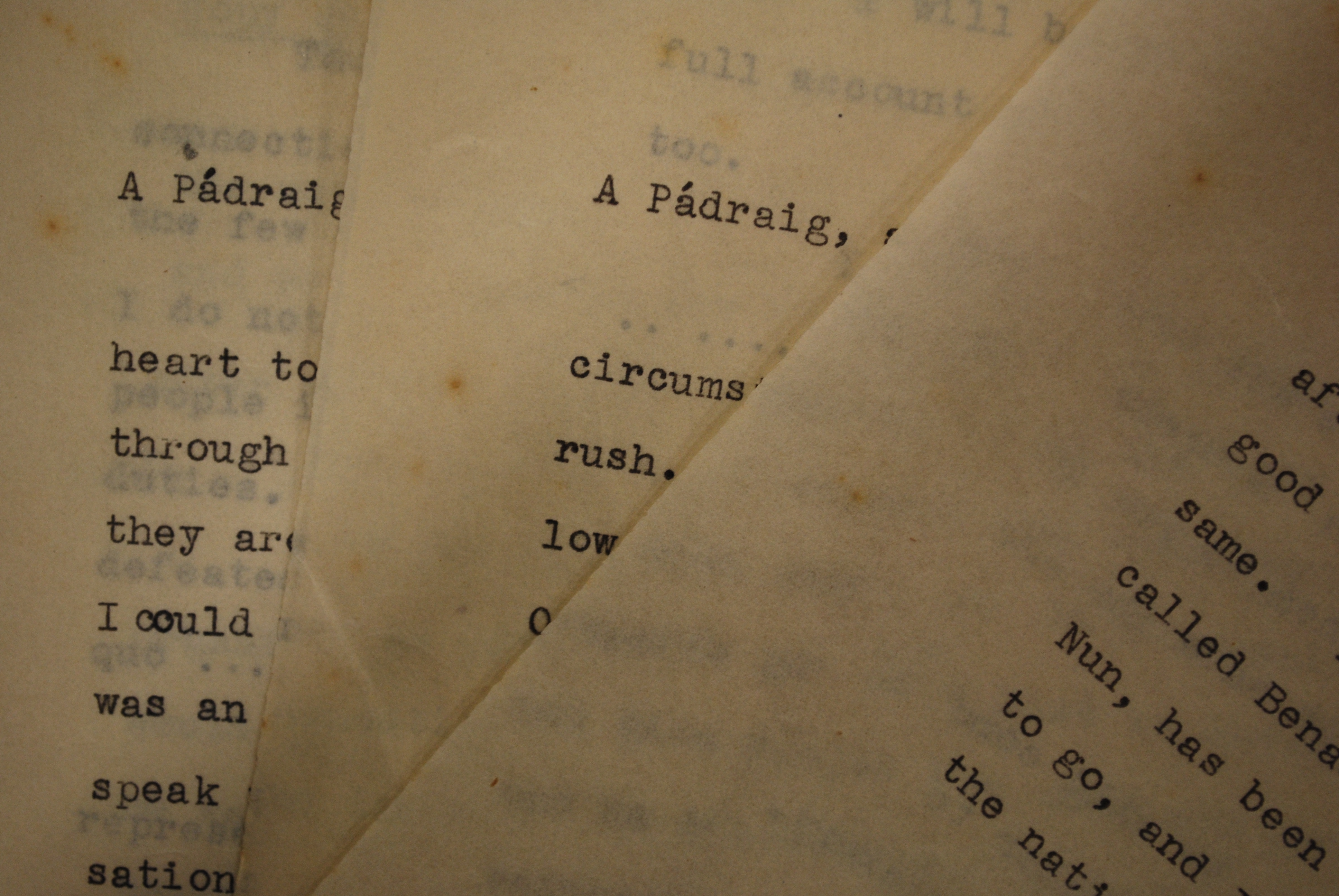