This is an artificial collection, comprising three small collections which all involve correspondence with and about the Irish writer Frank O’Connor and Sean O’Faolain. The three parts of this collection were donated to UCC on the instructions of their owners by Peter Davidson in 2001.

Emeritus Professor, Harvard University, John V. Kelleher was a seminal influence on the development of Irish Studies since he began his career as a Junior Fellow in Harvard in 1940. In June 1999 he was conferred at UCC with an Honorary Doctorate in recognition of his unique contribution to this field of study. His exhaustive work on early Irish annals and genealogy has ensured his reputation amongst his peers as a scholar of pre-eminent integrity. In the summer of 1946 while touring Ireland with his colleague, Richard Ellmann, Kelleher met the writer Frank O’Connor. This was the beginning of a friendship, which later, largely through the offices of Professor Kelleher, saw O’Connor travel to the States to give his famous course on Irish Literature at Harvard (Sylvia Plath was an aspiring student whom he refused a place on his course to). Their friendship continued to up the early 1950’s and both men corresponded extensively on their shared passion for literature. Their letters explored the current literary debates of the day and Kelleher proved an invaluable critic for the largely self-educated writer. Kelleher had first begun corresponding with Sean O’Faolain in 1943 and subsequently sustained a lively correspondence with him over the years until the late 1960’s, in which they discussed O’Faolain’s development as a writer, and frequently, mutual friends such as O’Connor. Both Frank O’Connor and Sean O’Faolain in their respective autobiographies paid tribute to the critical and creative influence Kelleher had on them.

Born in New York City in 1928, Peter Davison is an acclaimed poet and literary editor. After attending Harvard University and Cambridge in England he began his career an editor at Harcourt, Brace. In 1956 he began working at the Atlantic Monthly serving as a senior editor, director and where he is currently poetry editor. Published in 1963 his first book The Breaking of the Day, was chosen as the Yale Series of Younger Poets volume for that year. He has published extensively since then his latest work Breathing Room has been greeted with much critical acclaim.
Sean O’Faolain first began to correspond with Peter Davison in 1963 when Davison became his editor at Atlantic Monthly Press. In 1964 O’Faolain published extracts from his autobiography in the Atlantic Monthly magazine. As well as dealing with the publication and promotion of O’Faolain’s work, the correspondence touches on both men’s attitudes to contemporary literature and in particular O’Faolain’s responses to his own corpus of writings. More than Davison O’Faolain tended to stray away from restricting his letters to purely business matter and as a result his personality and humour are much in evidence. Also reflected in their letters is the unique relationship of an author with his editor. This relationship came to an end in 1978 when the Atlantic Monthly Press declined to publish O’Faolain’s last novel And Again?, however the personal bond between the two men survived this strain,  see BL/L/PD/ 386ff.

Born in 1907 George Weller wrote principally for the New York Times and beginning around 1939, for the Chicago Daily News. Amongst other honours he won a Pulitzer Prize in 1943, the 1954 George Polk Memorial Award, and a Nieman Fellowship at Harvard in 1949. George Weller provided the inspiration for the narrator in O’Faolain’s short story "Something, Everything, Anything, Nothing".

BL/L/JVK consists of letters received by Professor John V. Kelleher from the Irish writers Frank O’Connor and Sean O’ Faolain. The O’Connor material spans the period 1949 up to 1966 and includes copies of drafts of the short stories Lords and Commons and Mick and the Faith. Featured also are contemporary newsclippings relating to O’ Connor's life and work. The O’Faolain material spans the period 1948 – 1983 and also includes contemporary newsclippings. With both authors Kelleher carries on a lively correspondence regarding their own work and relationships with contemporaries as well as wide-ranging discussions of Irish literary and historical scholarship. The original order of Professor Kelleher’s files has been maintained. Each item within a file has been allocated an individual call number. Certain items which refer to the personal lives of individuals mentioned in the letters have been marked closed and are not available to researchers. The closure of these items will be reviewed at a future date.

BL/L/PD are a series of correspondence files created by Peter Davison while acting as Sean O’Faolain’s editor for the Atlantic Monthly Press. As well as dealing with the publication of O’Faolain’s work the correspondence touches on his attitudes to contemporary literature and his responses to his own corpus of writings. O’Faolain’s humour and personality are vividly reflected in his letters.
The files created by Davison have been left largely intact with some internal rearrangement where items had slipped out of sequence. Each file is listed as a whole and the letters contained within have been assigned an individual call number. Further correspondence by Sean O’Faolain can be found in the John V. Kelleher collection (BL/L/JVK) housed in the Boole Library. The bulk of O’Faolain’s literary and private papers are deposited in American institutions.

BL/L/GW is a collection of photocopies of letters between the Irish writer Sean O’Faolain and the American novelist, playwright, and noted foreign correspondent, George Weller. 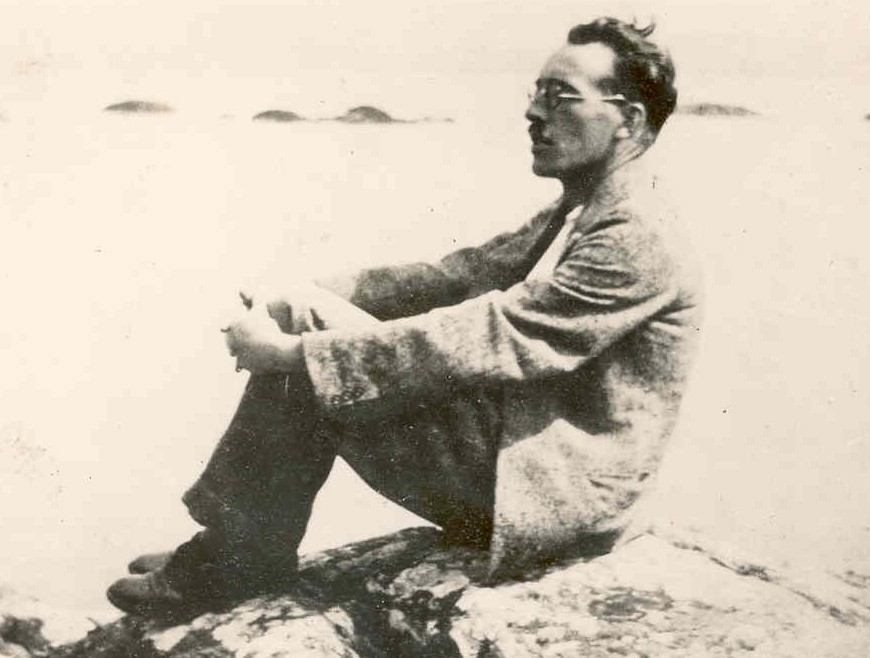