IE BL/E/SÓM is the Ó Maolchathaigh Ephemera Collection held in UCC Library. The material originally formed part of the Séamus Ó Maolchathaigh Printed Collection which was acquired through the Newcastle Historical Society in May 2014. The acquisition was undertaken in collaboration with the Department of Modern Irish.

Biographical History
Séamus Ó Maolchathaigh, or James Mulcahy, (1884-1968) was a teacher, writer and folklore collector. He was born in the townland of Cruan, Newcastle, Co. Tipperary to parents Thomas Mulcahy and Margaret Burke. He had three brothers: Sean, Patrick and Thomas; and one sister: Mary Ann. His father was a farm labourer and his mother managed the household. Séamus received his certificate of teaching from De La Salle Training College, Waterford in 1904 and served as headmaster of the national school at Grange, Co. Tipperary from 1904 to 1948.

His birthplace of Cruan overlooks the village of Newcastle and is located between the Knockmealdown mountains and the river Suir. Newcastle was a 'Breac Gaeltacht' that remained largely immune to outside influences because of the isolated location. The Irish language survived in a small pocket of people until the 1950s but did so in a dialect not spoken elsewhere in the country.

Ó Maolchathaigh collected extensive lists of word and phrases from his native area for the Archive of Irish Dialects along with local folklore for the Irish Folklore Commission. His memoir An Gleann agus A Raibh Ann, written in the regional dialect, was published in 1963.

Examples of Ó Maolchathaigh's contributions to the Schools' Folklore Collection are available on the Dúchas.ie website.

Material in the ephemera collection was extracted during the cataloguing of the printed collection with details for the descriptive list captured by the Library Cataloguing team. 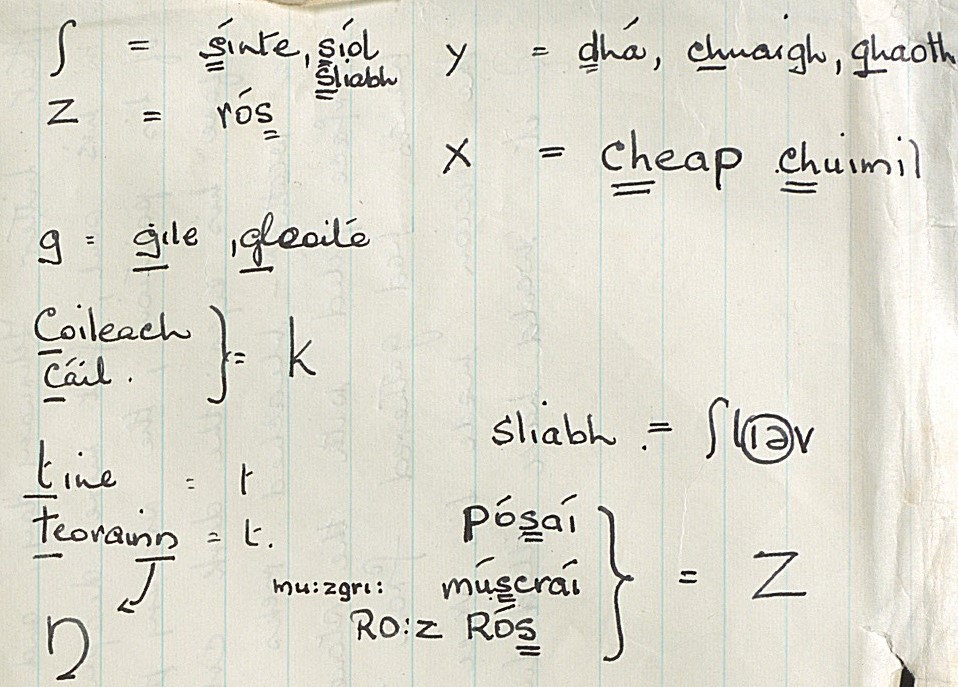