IE BL/L/S&R is the Shuttle-Redgrove Collection held in UCC Library. This collection was acquired by Mr. Crónán Ó Doibhlin, Head of Collections, for UCC Library in May 2019.

Penelope Shuttle (b. 1947) is an English poet and novelist. She was born in Staines, Middlesex, and has lived in Falmouth, Cornwall, since 1970.

She has published seven novels and over a dozen collections of poetry. Her first novel An Excusable Vengeance was published in 1967 and her first book of poetry Nostalgia, Neurosis & Other Poems in 1968. For her poetry, she received a Greenwood Poetry Prize in 1972 and an Eric Gregory Award in 1974. Her poetry collection Redgrove's Wife (2006) was shortlisted for the T. S. Eliot Prize and the Forward Poetry Prize. She also received a Cholmondeley Award in 2007.

She was married to the English poet, Peter Redgrove. They collaborated on two non-fiction feminist studies on menstruation, The Wise Wound (1978) and its sequel Alchemy for Women (1995).

Peter Redgrove (1932–2003) was an English poet, novelist, and playwright. He was born in Kingston upon Thames, Surrey.

He studied natural science at Queen's College, Cambridge, where he was a founding member of the literary magazine Delta. While at Cambridge he met Ted Hughes, who was to become a life-long friend and correspondent. They were both members of 'The Group', an informal workshop for poets organised by Philip Hobsbaum.

After leaving Cambridge, he worked as a copywriter in London and later taught at various universities, including SUNY Buffalo, Leeds University, Colgate University, and Falmouth College of Art.

Redgrove was a versatile and prolific writer. During his lifetime, he published almost fifty poetry collections, in addition to plays, novels, short stories, and non-fiction works. His poetry collection In The Hall of the Saurians was shortlisted for the Whitebread Prize for poetry in 1987. He was awarded the Queen's Gold Medal for Poetry in 1996. He died in 2003 at the age of 71.

Victor Gollancz Ltd. publishers file for the publication The Wise Wound (1978), a non-fiction book about menstruation by Penelope Shuttle and Peter Redgrove.

Other items include contemporary reviews of The Wise Wound and letters from various individuals praising the work, including the poets Ted Hughes and D.M. Thomas. 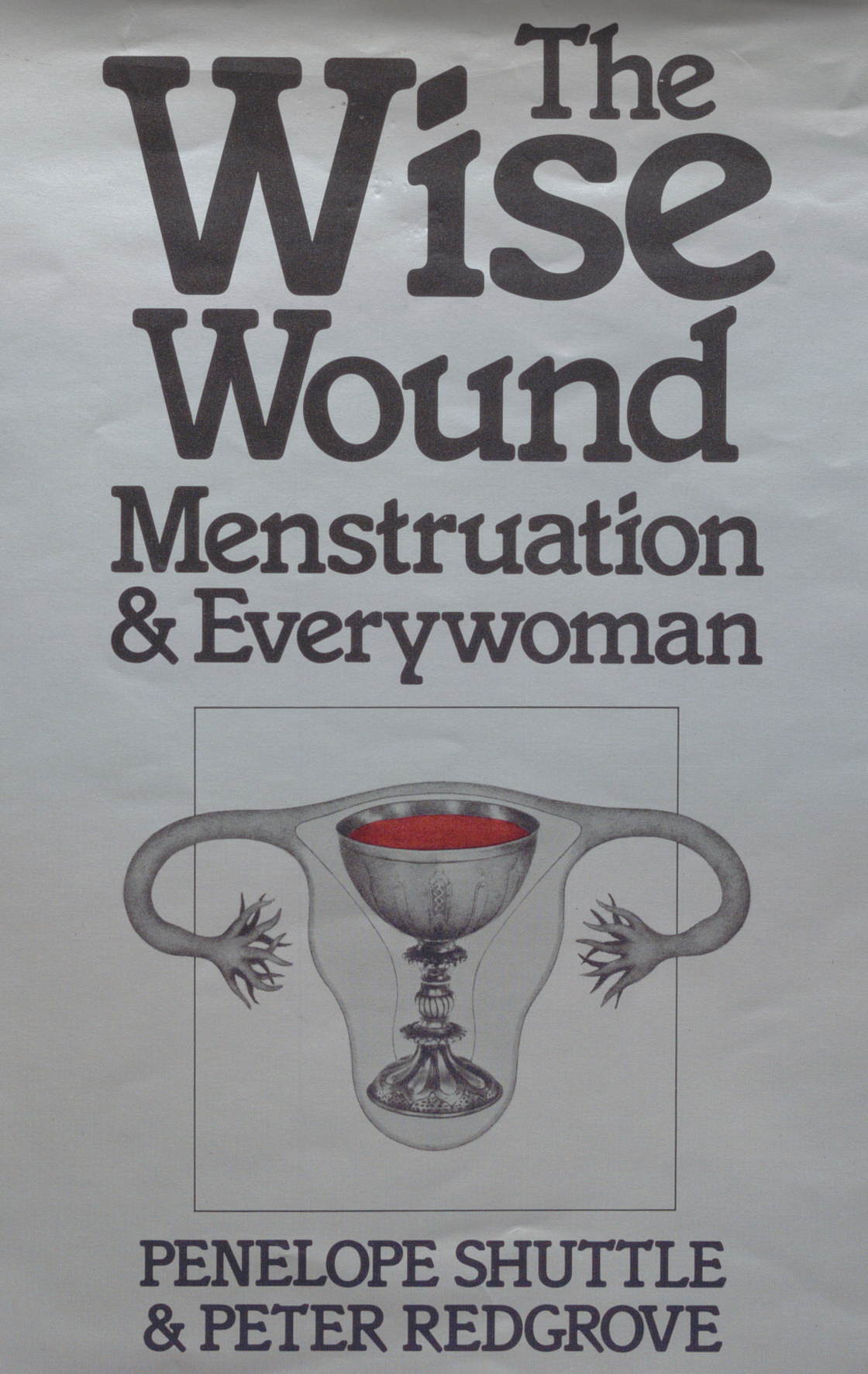 Image from the dust jacket of The Wise Wound: Menstruation and Everywoman (1978) by Penelope Shuttle and Peter Redgrove, published by Gollancz. [IE BL/L/S&R/34]