James and Emily Villiers-Stuart sold Dromana and moved to Co. Galway in 1958. They took most of the archive with them. They did leave some material with Sir John Ainsworth (Business Records Surveyor for the Irish Manuscripts Commission) for examination, whose office was in the National Library of Ireland. James and Emily Villiers-Stuart bought Ballynaparka, Aglish, near Villierstown, near Dromana, in 1967, bringing their archive with them. Dr. Anthony Malcomson (PRONI) visited in 1970 and over a number of visits sorted and listed this material.

Sir John Ainsworth passed away in the early 1980s and James Villiers-Stuart approached the NLI asking after the archival material he had left with Sir John. It was located and Dr. Malcomson arranged and listed this material. He was asked to use the numbering system of the NLI and he was able to cross-reference the material to the already listed records under the PRONI system. After this listing was completed the Villiers-Stuarts brought the material back to Ballynaparka.

In 1985 James and Emily Villiers-Stuart bought back Dromana and moved everything back to this property.

A further 14 boxes of papers came to light in 1996. This material was not integrated with the rest of the archive, as this would have thrown the microfilming that had been completed on the collection by this time. Dr. Malcomson re-visited Dromana to sort and list this material. It was added on as “Section P”, arranged where possible according to the categorization of Sections A-N, and cross-referenced accordingly.

In 2003 James and Emily Villiers-Stuart transferred ownership of their family papers to University College Cork.

An updated account on the history behind the various strands of the collection was added here with information kindly provided by Emily Villiers-Stuart, Barbara Grubb and Dr. Anthony Malcomson in 2014.

The Villiers Stuart family, which descends directly from the Fitzgeralds of the Decies and of Dromana, has been in unbroken, though not undisturbed, possession of the Dromana estate, near Cappoquin, in West Waterford, since mediaeval times.

They descend from Thomas FitzAnthony, Seneschal of Leinster, who in 1215 obtained from King John a grant of the custody of the territories of Decies and Desmond. Thomas's daughter Margery married John FitzThomas, ancestor of the Earls of Desmond. Their descendant James, 6th Earl of Desmond, who died in 1462, granted to his younger son Gerald the territory of Decies, an area extending roughly between the rivers Blackwater and Mahon in Co. Waterford. Gerald established his headquarters at the castle of Dromana in a virtually impregnable position on a cliff above the Blackwater to the south of Cappoquin.

Although the descent has been unbroken, it has on three occasions during the period 1664-1824 been through the female line. As a result, the family name changed from Fitzgerald, to Fitzgerald Villiers, to Mason Villiers, to Villiers-Stuart, and the family has held a succession of titles, each extinct or dormant in their turn - a viscountcy of Decies, viscountcies and earldoms of Grandison, and a barony of Stuart de Decies.

The Villiers-Stuart collection contains c.12,000 documents and volumes. The papers are listed chronologically according to estate ownership, document type, and collection acquisition.

The earliest original document among the Villiers-Stuart collection is dated 1400: the c.22 documents of 1215-1292 are only present in the form of 19th-century copies. Even so, the archive is unusually early by Irish standards.

The Villiers-Stuart collection has a referencing system from the Public Record Office of Northern Ireland (PRONI), the National Library of Ireland and UCC Library Archives Service. During the 1970s PRONI undertook the selective photocopying of the collection (T/3131) and almost comprehensively microfilmed it (MIC/464).

The collection as housed in UCC comprises 4 strands, all of which have to a certain extent been recorded in a variety of systems:

The majority of the listing of this collection was carried out in the 1970s and therefore is not in compliance with current ISAD(G) standards. The NLI material has been grouped in bundles to correspond with the PRONI categories and added to their listing; however they are not sub-numbered and individual documents are not described. This listing of strands 1 to 3 created a summary calendar (SC), and a detailed calendar (DC) of certain items, which is the current working index to the archive, available for use to UCC Library by kind permission of The Deputy Keeper of the Records, Public Record Office of Northern Ireland. It is also available on the PRONI website via their e-catalogue.

PRONI has microfilmed the more significant parts of it, but not all, and given copies of the reels to the participants in the previous microfilming exercise. This listing of Section P is available on the PRONI e-catalogue. Access to the microfilm version of the collection is available at Special Collections UCC Library, Public Record Office of Northern Ireland (PRONI), the National Library of Ireland (NLI), and Waterford City Library.

UCC Library completed the listing of Strand 4 (IE BL/EP/VS) of the Villiers-Stuart collection to ISAD(G) IRELAND standards in 2010. This is material that was transferred directly from Dromana in 2003 (strand 4, IE BL/EP/VS) and was previously unlisted. It is now open to the public. 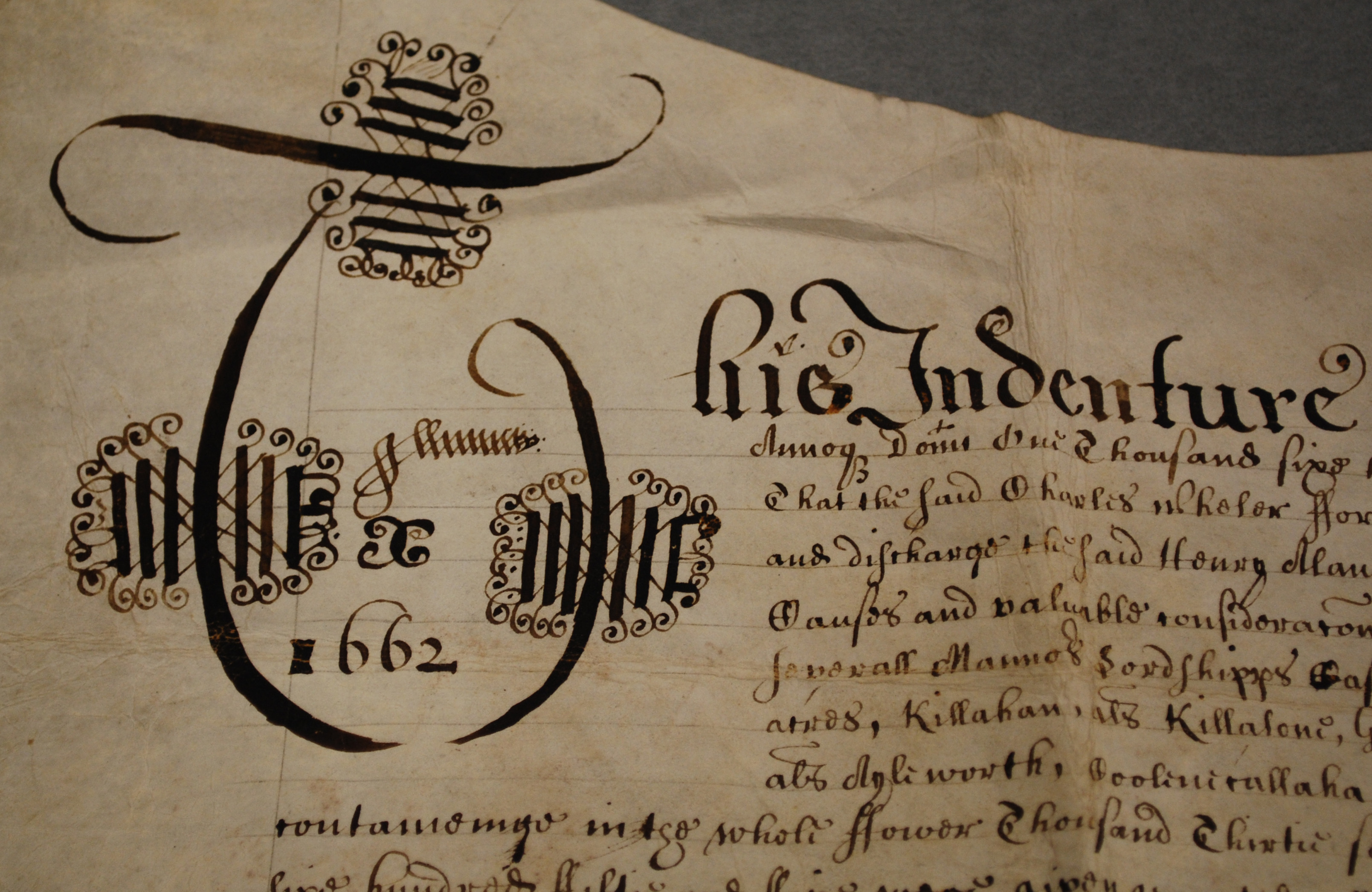