The Cuala Press was an Irish private press set up in 1908 by Elizabeth Yeats with support from her brother William Butler Yeats that played an important role in the Celtic Revival of the early 20th century. Originally Dun Emer Press, from 1908 until the late 1940s it functioned as Cuala Press, publicising the works of such writers as Yeats, Lady Gregory, Colum, Synge, Gogarty,

It was intended that the new press would produce work by writers associated with the Irish Literary Revival. They ended up publishing over 70 titles in total, including 48 by William Butler Yeats. The press closed in 1946.

The Cuala was unusual in that it was the only Arts and Crafts press to be run and staffed by women and the only one that published new work rather than established classics.

After Elizabeth Yeats died in 1940, the work of the press was carried on by two of her long-time assistants, Esther Ryan and Mollie Gill under the management of Mrs. W. B. Yeats. The final Cuala title was Stranger in Aran by Elizabeth Rivers, which was published on 31 July 1946.

In 1969 the press was taken up by W. B. Yeats' children, Michael and Anne Yeats, with Liam Miller. Some titles were run in the 1970s, and valuable archives are still held by the press. 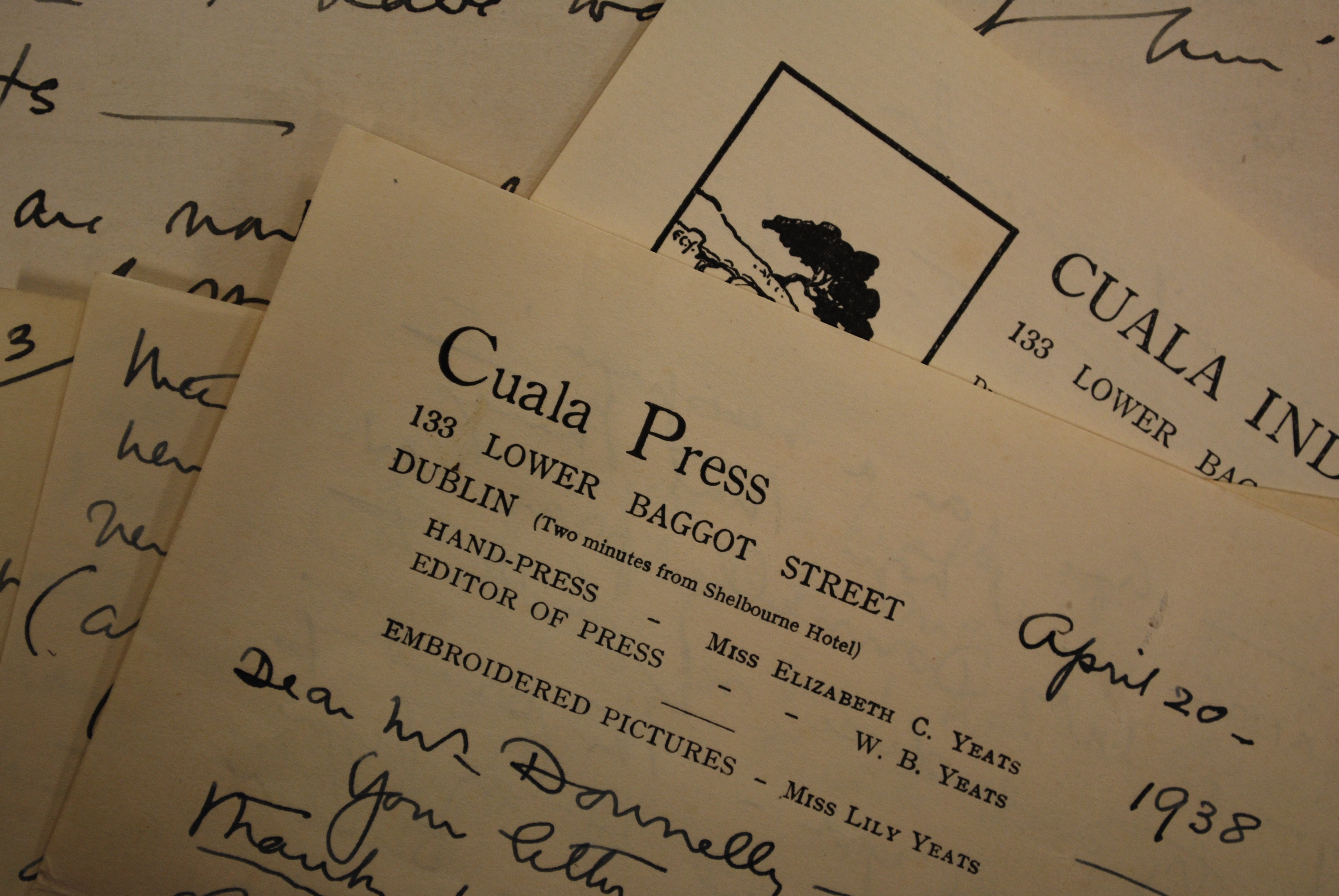 Examples from the Cuala Press Collection