Biographical History: Daniel O’Connell was born in Cahirciveen, Co. Kerry, in 1775 to a Roman Catholic family. He was a barrister and MP (Member of Parliament), becoming involved in politics in the first half of the nineteenth century. He campaigned for “Catholic Emancipation” the right for Catholics to sit in the Westminster Parliament, denied for over 100 years - and the “Repeal of the Union” between Ireland and Great Britain. He became known as the Liberator or the Emancipator. He led a full life, and died in Rome in 1847.

The original letter is from Daniel O’Connell to his son Maurice, at Clongowes College, Clane, Co. Kildare. The 1968 material is two pieces of correspondence between Professor Maurice R. O’Connell and Professor John V. Kelleher discussing the earlier letter’s provenance. 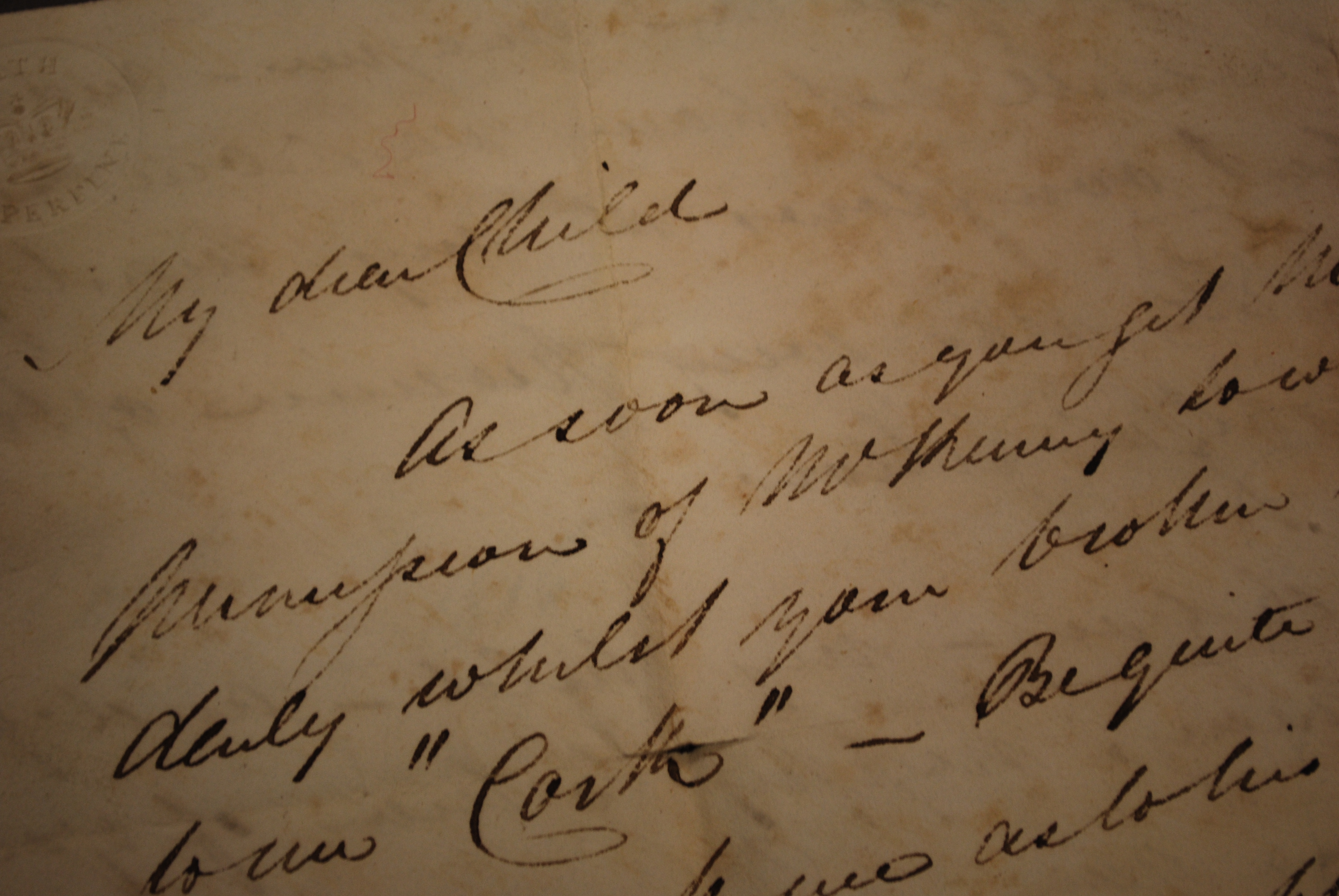 Excerpt from a letter from O'Connell to Maurice (his son)