This collection is a B&W photograph of the official visit by the Taoiseach, Mr. Éamon de Valera, to Kilronan pier, Inishmore, Co. Galway, in 1947.

In July 1947, Éamon de Valera, the Taoiseach (the Irish word for “Prime Minister”) made an official visit to several islands off the West coast of Ireland.  He travelled up the West coast from Cobh, Co. Cork on board a corvette named “Macha” of the Irish Navy.  The islands which he visited included the Blaskets, Aran Islands, Inishboffin and Tory Island. 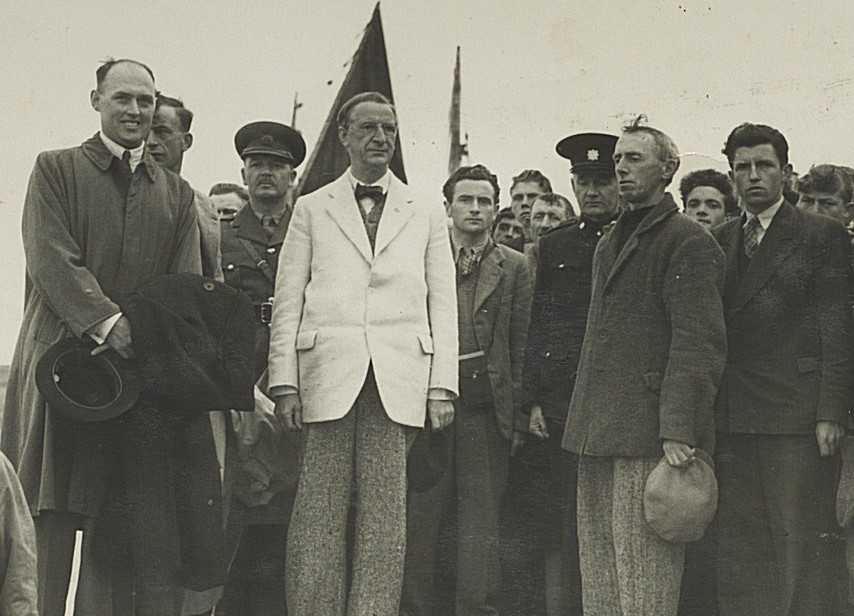 Part of the photo of An Taoiseach, Éamon de Valera on his visit to Kilronan pier, Inishmore, Co. Galway (IE BL/P/EdV/1)