In 1927-8 Friedlander was invited to design a typeface for the Bauer Typefoundry; which was completed in 1938. Normal practice would have named the typeface by the designer’s surname, but ‘Friedländer’ was considered too Jewish for the time and it was instead issued as ‘Elizabeth’.

October 1936: because of the Nazi regulations she moved to Milan and worked for the publisher Mondadori (1936-8) and for Editoriale Domus (from February 1937). She also designed bookjackets and publicity materials. February 1939: unsuccessful in her attempts to emigrate to the USA, she arrived in London with a Domestic Service permit (obtained through the Society of Friends Emergency Committee) which allowed her to work as a maid. With the help of Francis Meynell she secured work at the advertising agency Mather & Crowther, later also working in ‘black propaganda’ for the Political Intelligence Department, Central Office of Information. She decided to remain in the UK after the war was over, foregoing her previous plans to emigrate to the United States. She worked freelance for publishers, and designed over 20 patterned papers for the Curwen Press. In June 1948 Friedlander was commissioned by Jan Tschichold, the new art director at Penguin Books, to do some title lettering and, most significantly, to design patterned papers for covers of the Penguin Music Scores (issued 1949-61; EF’s covers: early 1950s) and Penguin Poets. During the following decade she drew roundels for the Penguin Classics series (her later Penguin work was commissioned by Hans Schmoller), worked for the Folio Society, and lettered presentation scrolls and rolls of honor. From 1951 she was the calligrapher to the Royal Military College, Sandhurst, lettering Rolls of honor. Her ornamental borders were issued by Linotype (1952) and Monotype (‘The Friedlander borders’, 1958).

In 1961 Friedlander moved to Kinsale, Ireland, from where she continued to design bookplates, bookjackets, catalogues, and calligraphic maps, as well as lettering Irish proverbs on parchment. She died there in 1984.

The Elizabeth Friedlander Archival Collection contains the working papers of a graphic designer famed for her intricate boarder designs, and her custom designed font 'Elizabeth'.

Email:  specialcollectionsarchives@ucc.ie All queries regarding the collection can be directed to the archivist in charge of the collection, Emma Horgan.

Copyright: In the main with UCC Library, but please contact us for any reprographic requests you may have. 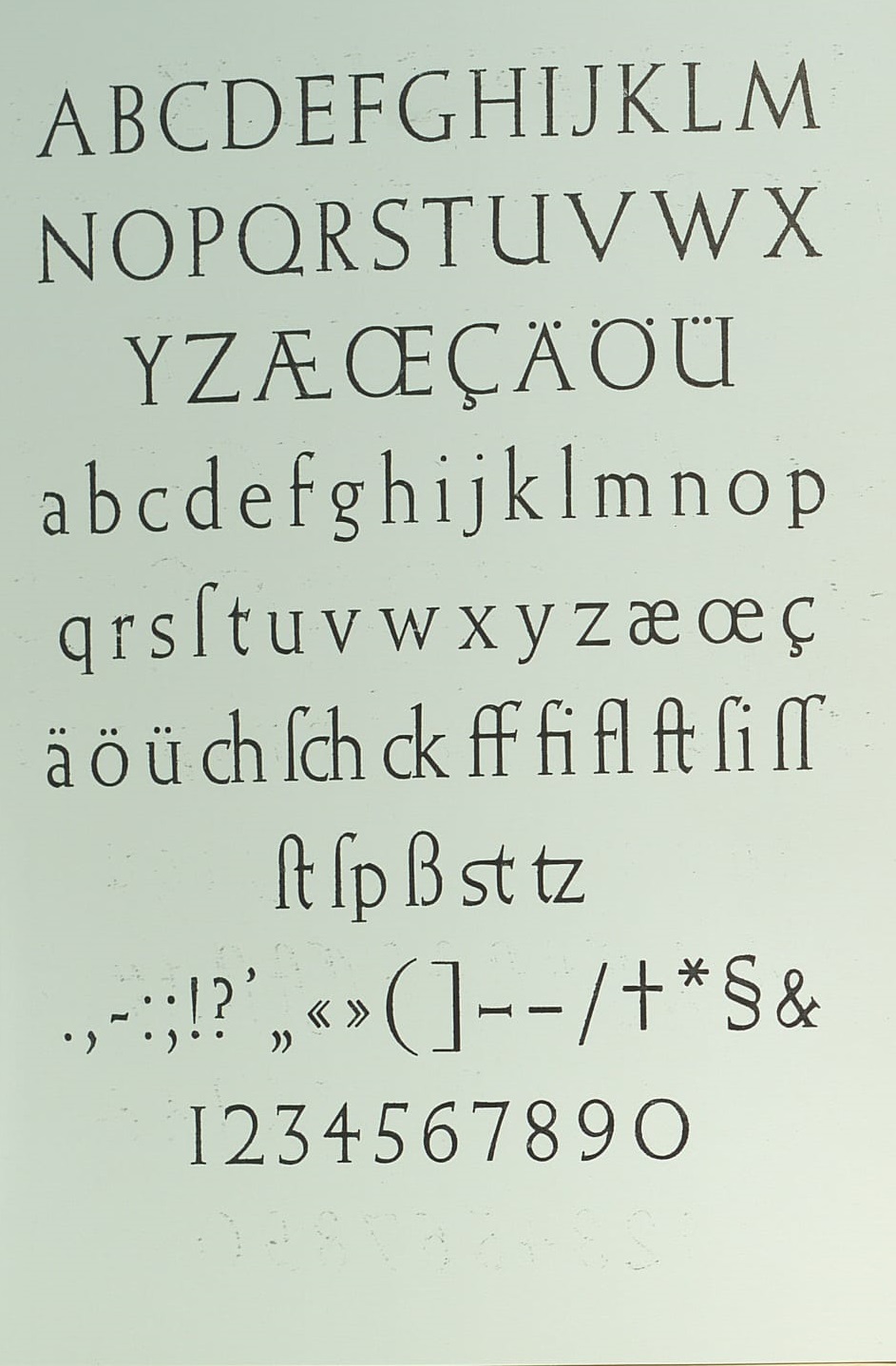