Ethna Byrne Costigan (1904-1991) was Professor of Romance Languages in University College Cork from 1939 to 1969.  Born in Dublin, she spent some of her childhood with relatives in Italy.  She was a graduate of UCD gaining her BA and MA from there, and went to the Sorbonne for her PhD.  She was appointed Professor of Romance Languages following the retirement of Professor Mary Ryan.  She published many academic works during the course of her career, and during her retirement, published a memoir Ethna Mary Twice (1989) (X 828.9 BYRN)

With her associate, Dr. Piero Calì, she founded the Dante Alighieri Society in Cork, of which she served as president from 1956-1969.  On retirement, she lectured part-time on Italian philology and medieval texts at Trinity College, Dublin. She served on the Irish national committee of UNESCO, and was twice selected to represent Ireland at the biennial conference in Paris.  She also served as honorary secretary of the Celtic Congress.  In recognition of her work in promoting Italian language and culture in Ireland the Italian government made her a grand official (grand’ ufficiale) of the Italian Order of Merit in 1960.

The material is mostly academic in nature, in French and English.  There is also a critique [by] Mary Ryan amongst the papers.  It is described in date order under the years it has been accessioned to UCC Library Archives Service. 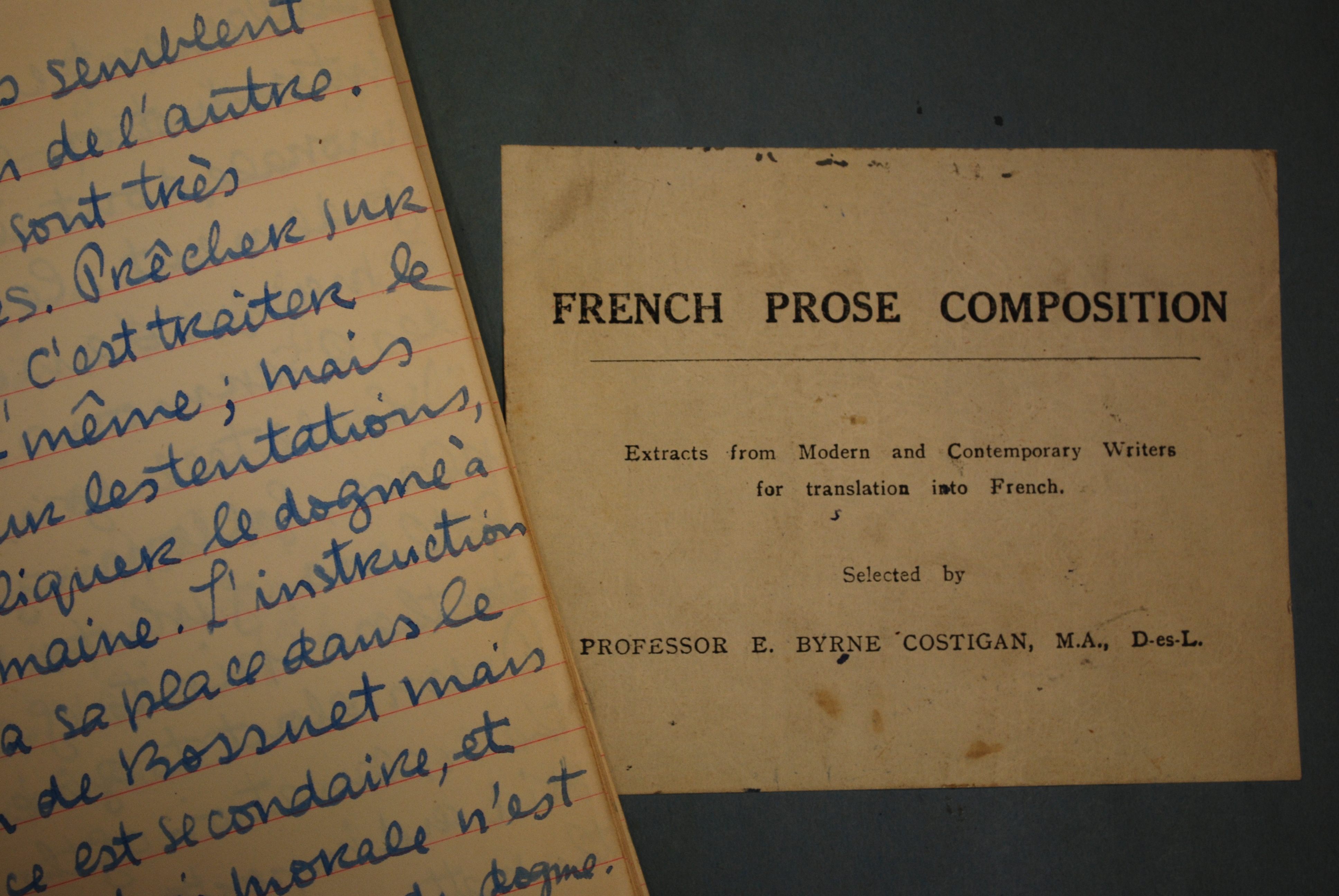