Includes copy of a letter from Abbott to then Prime Minister Tony Blair and a number of poems he wrote in response to the conflict in Iraq. Pinter encloses two poems of his own in his reply to Abbott. 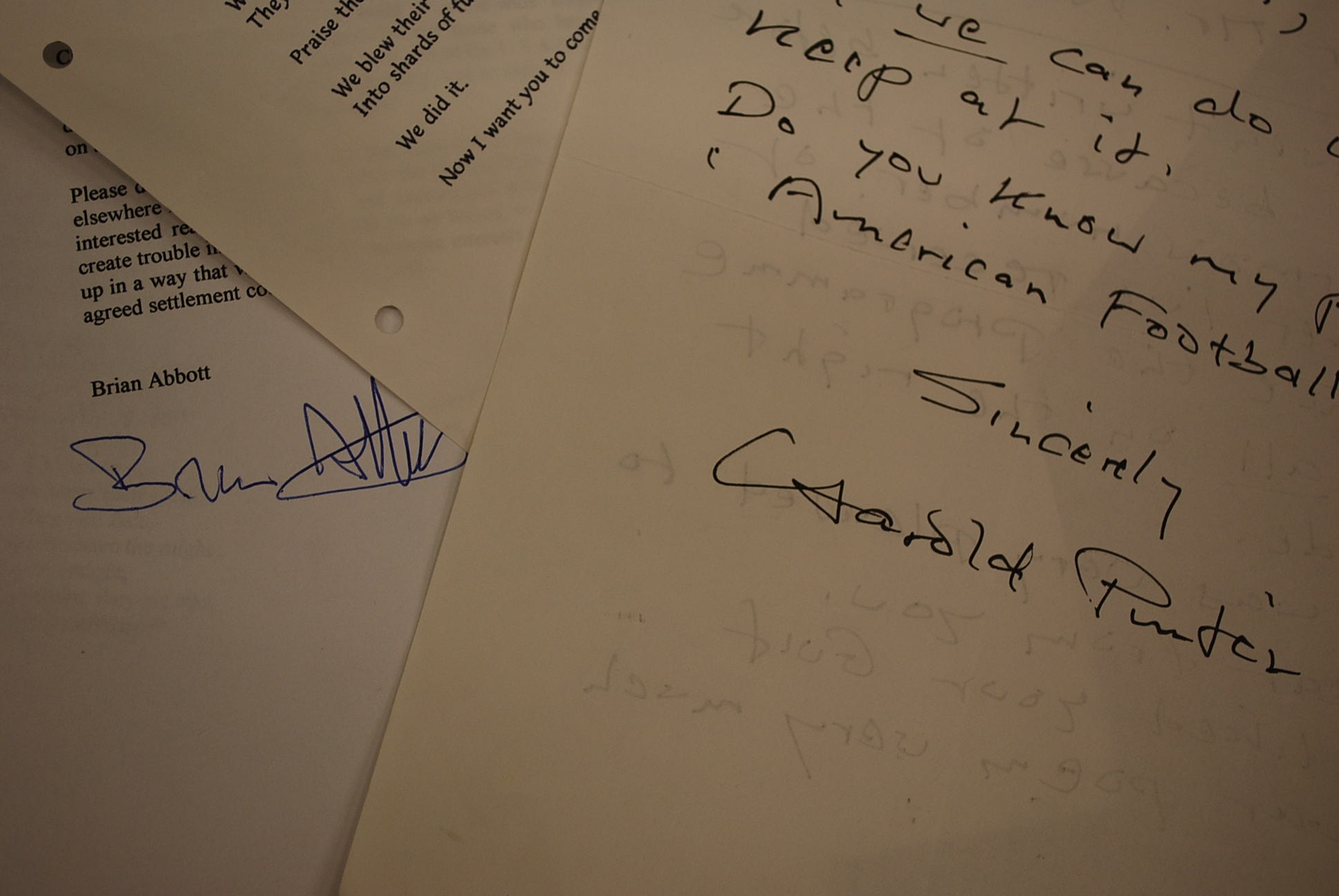