Biographical History: Peadar Ó Dubhda (1881 – 1971) was a teacher of Irish. He was born in Dundalk, Co. Louth in November 1881. He was educated in the local school until the age of 12 when he got his first job, delivering groceries for Messrs Leverett and Frye. He was self-taught in the Irish language and in music, mastering the violin, flute and piano. In 1899 he co-founded a branch of the Gaelic League in Dundalk. He became a múinteóir taistil (a travelling teacher) for the Gaelic League at £55 a year, travelling all over the country arranging classes. In 1914 he was examined by Pádraic Pearse in Connemara for a certificate to teach Irish, receiving only a temporary one for one year. In 1915, the Gaelic League recognising the work of Ó Dubhda and colleagues, held the first of many annual Árd Fheis in Omeath. In the 1930s he tried unsuccessfully to interest the Irish Catholic hierarchy in an Irish translation of the Douai Bible. He took on the work himself, completing it in 1953, presenting an illuminated manuscript of over 3,000 pages to the National Library. He died in Dundalk in May 1971.

The material consists of 3 copybooks with handwritten English content by [Ó Dubhda], and a letter received by Ó Dubhda in 1945. They are described in date order. 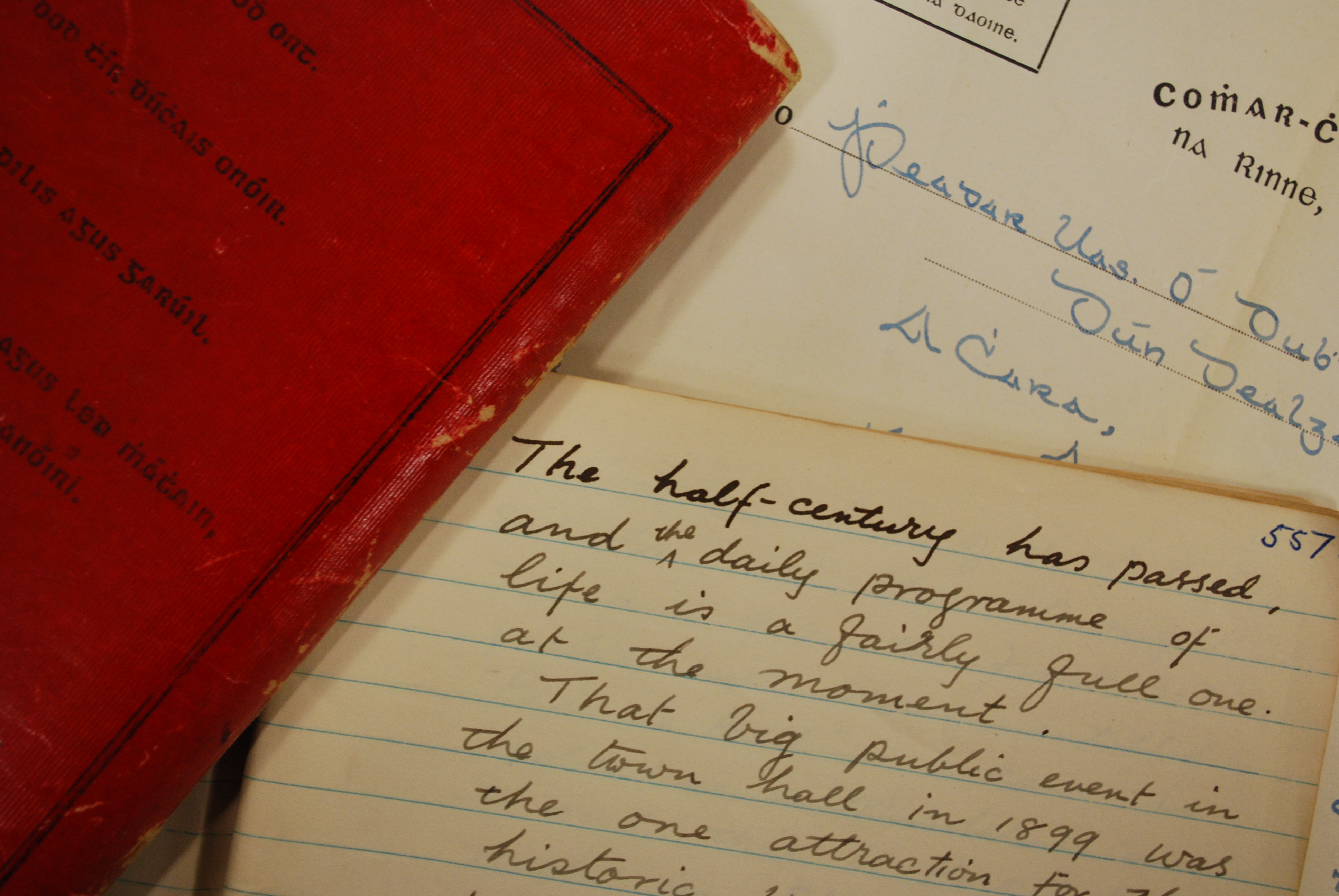