Biographical History: Séan Ó Riordáin was an Irish-language poet, born in Baile Mhúirne, Co. Cork on 3 December 1916 and died, aged 60, in Glanmire, Co. Cork, on 21 February 1977. As well as writing poetry, he wrote a column in The Irish Times during the latter years of his life in which he spoke vehemently about national affairs. A number of his poems have appeared in English translation. Ó Ríordáin's poems have enjoyed constant popularity, due in part to the exposure gained by the inclusion of his work in the standard Irish curriculum.

Content:  Letters to Ó Riordáin praising his works, material associated with a publication, and an exhibition on Ó Riordáin in 1987. 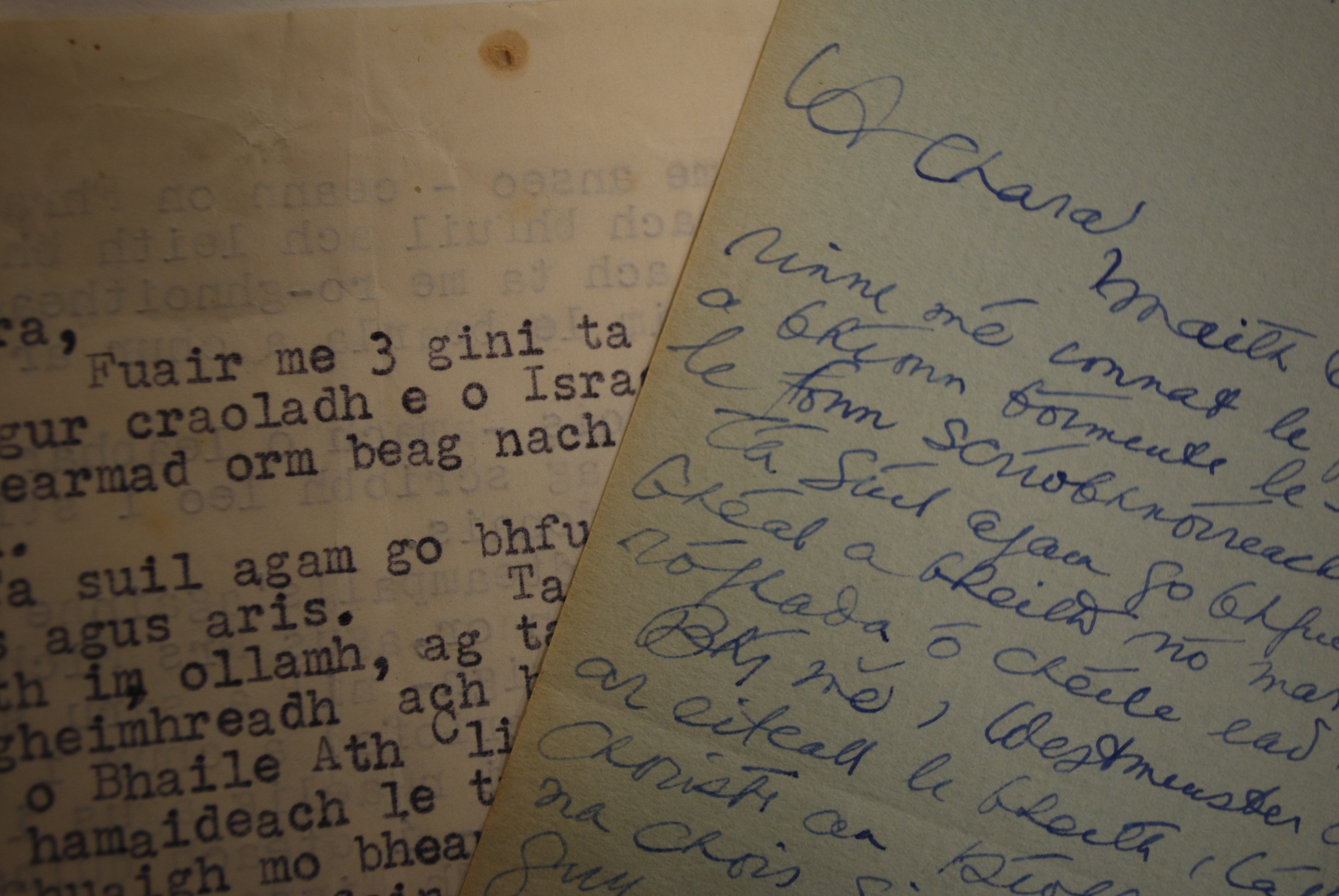