E BL/L/SLS is material relating to Samuel Lopes Salzedo held in the UCC Library. This collection was donated to UCC Library by Caroline Lopes-Salzedo (granddaughter of Salzedo) in June 2013.

Biographical History: Samuel Lopes Salzedo was born in London in 1872, the son of Sephardic Jews who had emigrated from Amsterdam. He had a gift for languages and, as well as working in Russia, and in Rome for the International Agricultural Institute, he worked for most of his life as a legal interpreter and translator in London, fluent in over 10 languages.

As a young man, he rejected religion, and joined the Fabian Society where he met George Bernard Shaw. He was also a keen amateur musician and published a book on Niccoló Paganini, which is the subject of one of the letters.

He died in London in 1957, and was survived by his son, composer Leonard Salzedo.

The Samuel Lopes Salzedo Collection is listed in date order. It consists of two letters from George Bernard Shaw to Salzedo on the topics of space/curvilinear universe, and the composer Paganini. 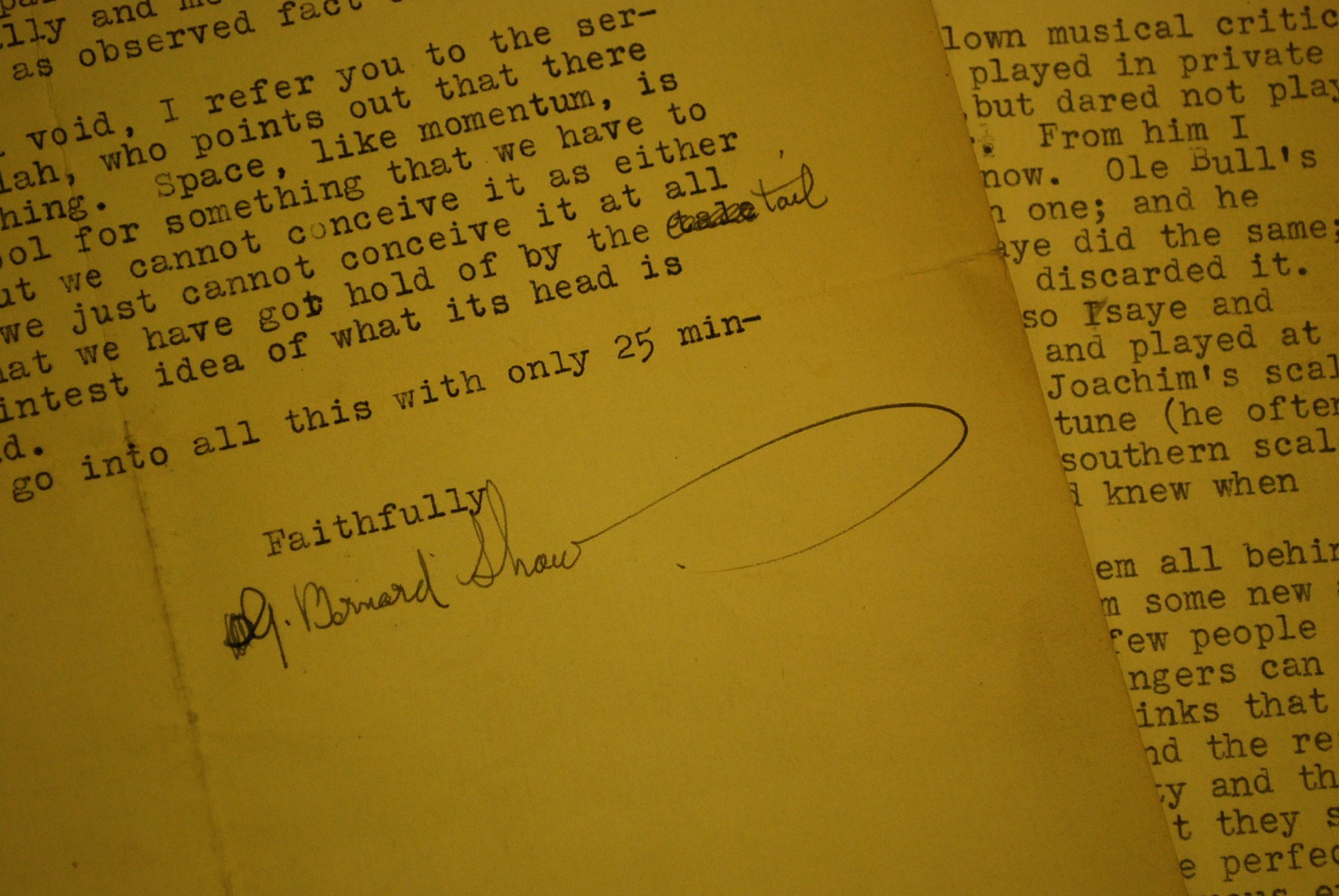 Excerpt from a letter from GB Shaw to Salzedo