The collection begins with records of the ITGWU's research unit wherein Róisín Conroy worked as an information officer from 1970-1979 and move onto papers relating to the development and structure of Irish Feminist Information (IFI).  In 1978 Róisín Conroy and Mary Doran set up IFI as a feminist organisation concerned with the publication and dissemination of information relating to women in Ireland.  Over time IFI organised itself as a company and was overseen by a Board of Directors.  Subject to change, directors on the board included Mary Paul Keane (co-founder of Attic Press), Patricia Kelleher, Gaye Cunningham, Anne Hyland and Pádraigín Ní Mhurchu (IWWU). Records of the Women's Community Press are also preserved.

In November 1984 IFI separated its training and publishing functions by launching their feminist publishing house - Attic Press.  The archives which detail the development of both IFI and the setting up and subsequent development of Attic Press are listed in Section 2.1.  Not all of the titles published by Attic Press are in this collection.   The remaining material is most likely with Cork University Press which took over Attic Press in September 1997.

Records relating to International Feminist Bookfairs, Women's  World Festivals and International Interdisciplinary Congresses are also contained in this important collection.  Talks given by Ailbhe Smyth and Nell McCafferty can be found among the sound archives (BL/F/1566) concerning the history of the feminist movement and the development of the UCD women's studies forum and course.

Papers relating to women's groups and associated organisations are also present.   These women's groups include the Irish Women's Liberation Movement.  Records therein relate to conferences and seminars as well as the examination of the history of the Irish Women's Movement. Other women's groups in this collection include the Council for the Status of Women, the Commission for the Status of Women with records generally relating to forums, seminars and reports.  Papers relating to Irish Women United's activities can be found in sub-section 6.3 and the issues they campaigned for.   Associated groups within this section include those which campaigned for women's rights such as the Irish Council for Civil Liberties and the Irish Countrywomen's Association.

Papers relating to campaign issues have been divided into the following categories: employment equality, women's resource centres, well woman centres, women and health, divorce, abortion, contraception, gay-rights, one-parent families and prisoners rights.   Correspondence, reports, minutes, research notes, campaign literature, publications and press cuttings can be found among these papers.  One of the campaigns in which Róisín Conroy played a vital role, and which is represented in this collection, was that of the campaign for a Unified Social Welfare Code (7.10). In 1982 Róisín Conroy took an action to the High Court regarding her inability to qualify for Unemployment Assistance due to the fact that she was, in law, still considered to be a married woman and without any dependant *.  The High Court eventually ruled in favour of Conroy and discrimination inherent in the Social Welfare system had to be rectified by the state.

This archive is a rich source of material documenting the activities of not only Róisín Conroy but other Irish women.  These include Anne Speed, June Levine, Nell McCafferty, Mary Paul Keane, Mary Doran, Ann O Donnell, Ann Connolly, Therese Caherty, Patricia Kelleher, Marie McMahon, Marian Finucane and Ailbhe Smyth (to name but a few) and their efforts to change the status of women legally, economically and socially.

Researchers should also be aware of sister collections to this archive housed in the Irish History Archive in Dublin. A complete set of Attic Press publications lie alongside the books published by Arlen House and Women's Community Press at the Women's Studies Dept., in University College Galway.

*This was a legal technicality, or device, as Róisín Conroy (née Smyth) was separated and has a son, Joel Conroy, the custody of whom was decided by another High Court action. 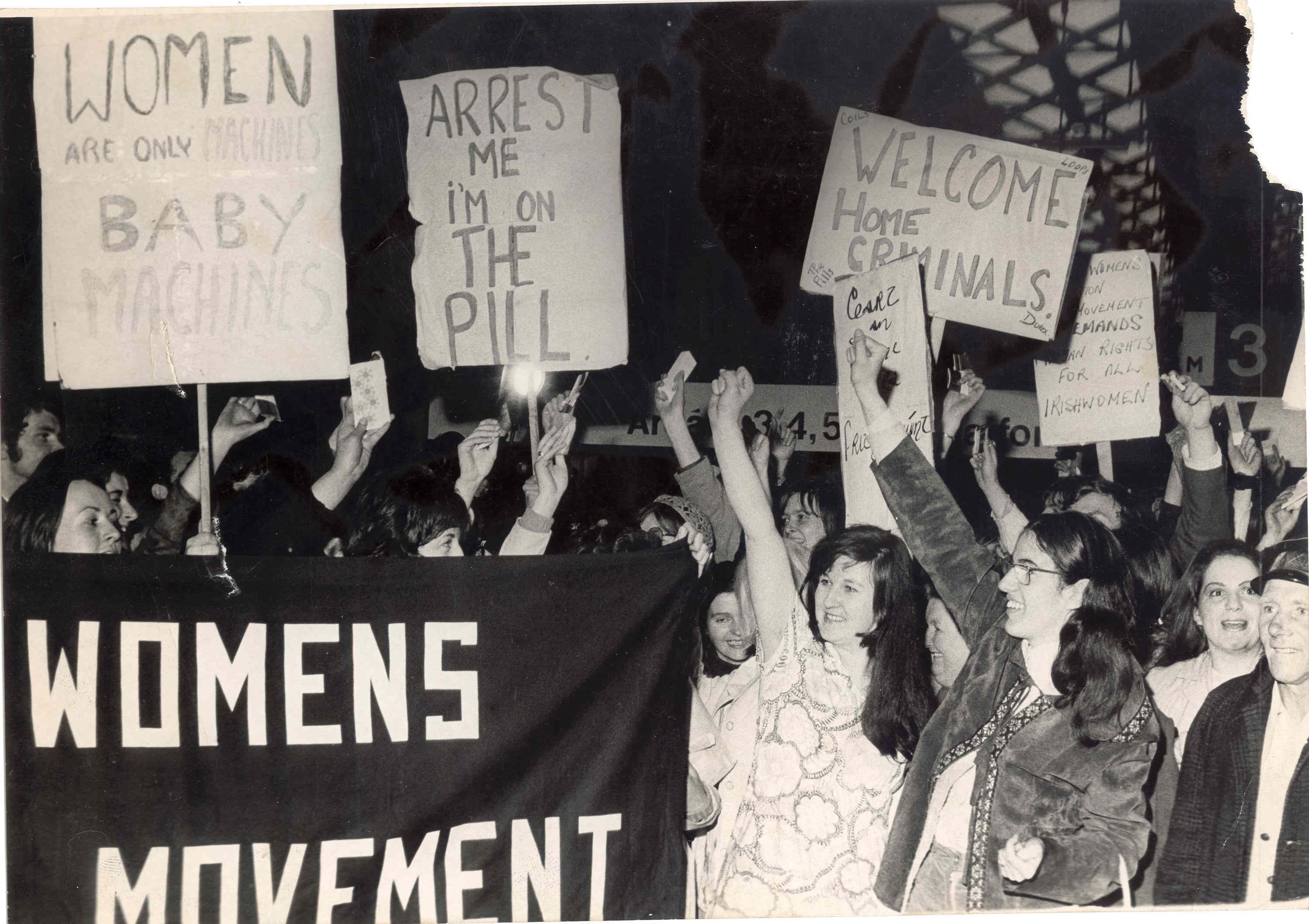