The 1930’s races were the direct equivalent of a modern day Formula 1 Grand Prix with many top international drivers of the day taking part. Alfa Romeo, Bugatti, Maserati, ERA, Frazer Nash, MG, Délahaye, Riley, Delage and Ford marques were all represented, and drew 70,000 spectators to the roads of Cork in 1938.

Three big races were held as part of the itinerary;

- The Cork National Motor Handicap, a 50 mile handicap for racing and sports cars from Ireland & Britain.

- The Cork International Light Car Race, a Formula Free race of 75 miles for cars under 1.5 litre.

- The new International Grand Prix, known as the Cork GP, the only one to be run in Ireland to GP rules.

The Cork Grand Prix took place in 1938. This was the most important of all, as it was the only race ever held in Ireland to the then current International Formula regulations and was attended by many of the leading teams and drivers of the time. It was the second race ever to be held to the new F1 Regulations of the time i.e. 3 litre.

The National Motor Handicap race, held on the Friday was won by Dudley Colley of Dublin in a 1,496cc Frazer Nash.

The Cork Grand Prix, also on Saturday, was won by René Dreyfus of France in a 4500cc Délahaye 145, averaging 92.95mph, with Prince Bira second in a 2992cc Maserati 8CM and Louis Gerard third in a 2984cc Delage.

The circuit for all of the 1930’s Races is still intact – the only major change being the roundabout at Poulavone, where there was a hairpin bend in the 1930’s.

Content:
Photographic collection of images taken in April 1938, when Cork played host to the The Cork Motor Derby, featuring the first, and only, Grand Prix race held in Ireland under the then, new F1 regulations. The collection features images taken of all three races, as well as the race route, the paddock area, and the pit stops. 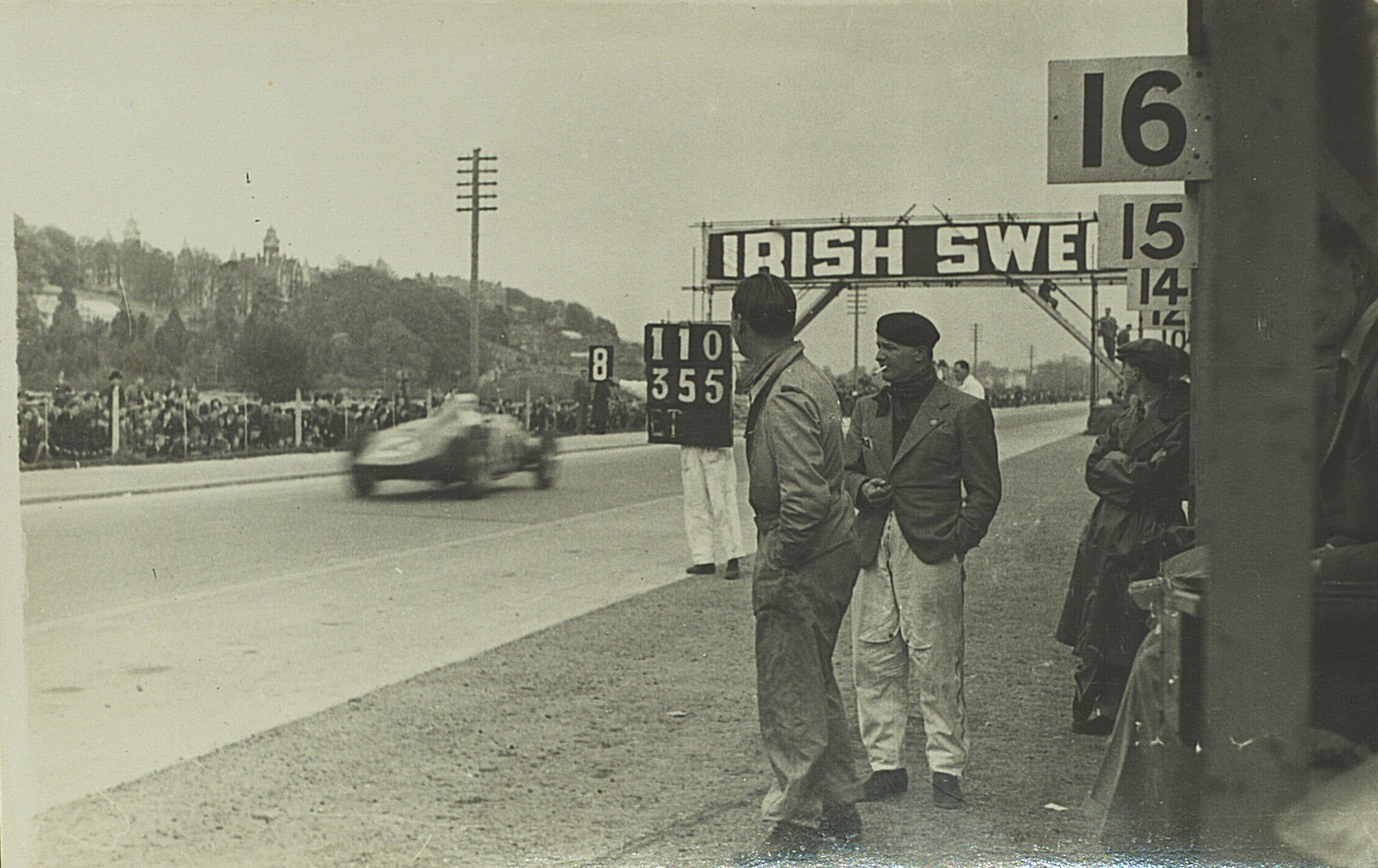 The Cork Motor Derby on the Carrigrohane Straight Road, Cork.