2020: 70th anniversary of the Schuman Declaration.""> Skip to Main Content
It looks like you're using Internet Explorer 11 or older. This website works best with modern browsers such as the latest versions of Chrome, Firefox, Safari, and Edge. If you continue with this browser, you may see unexpected results. 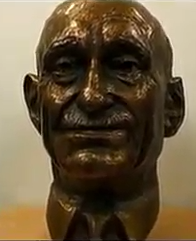 2020 marks the 70th anniversary of the Schuman Declaration, a short but powerful statement made by the French Foreign Minister, Robert Schuman, on the 9th of May 1950. The declaration, inspired by Jean Monnet and drafted by Schuman and his close advisers, initiated the process of European integration with its vision of a joint French and German coal and steel production.

The exhibition “Europe and Europeans 1950 - 2020: 70th anniversary of the Schuman Declaration”, curated by the Historical Archives of the European Union, sets out to raise awareness of the importance of the Schuman Declaration within the history of European integration, to stimulate reflection on its relevance in today’s Europe, and to encourage debate on the history of the European Union (EU) and its future.

Ireland and the EU

The referendum for Ireland to join the European Economic Community in 1972 was described by Neville Keery ( see below for more details) as a "once in a lifetime opportunity". The prospect of membership was supported by the two largest political parties in the state, Fianna Fáil and Fine Gael; by a significant number of influential civil society groups, especially farming groups; and by a largely pro-European Irish media.

EEC membership was presented as an opportunity for Ireland to pursue a project of economic and social modernisation as a partner among European equals. It also offered the prospect of allowing Ireland to move out of the UK’s political and economic shadow.

The decision to join the EEC was supported by 83% of the electorate. On 1 January 1973, Ireland formally acceded to the Community. In the intervening period, and on balance, the experience of membership is judged to have delivered benefits and advantages to the Irish economy, state and society. In tandem, Irish public support for EU membership has consistently been among the highest of all member states.

84% of people favour staying in the EU according to a recent poll.  See earlier results below. 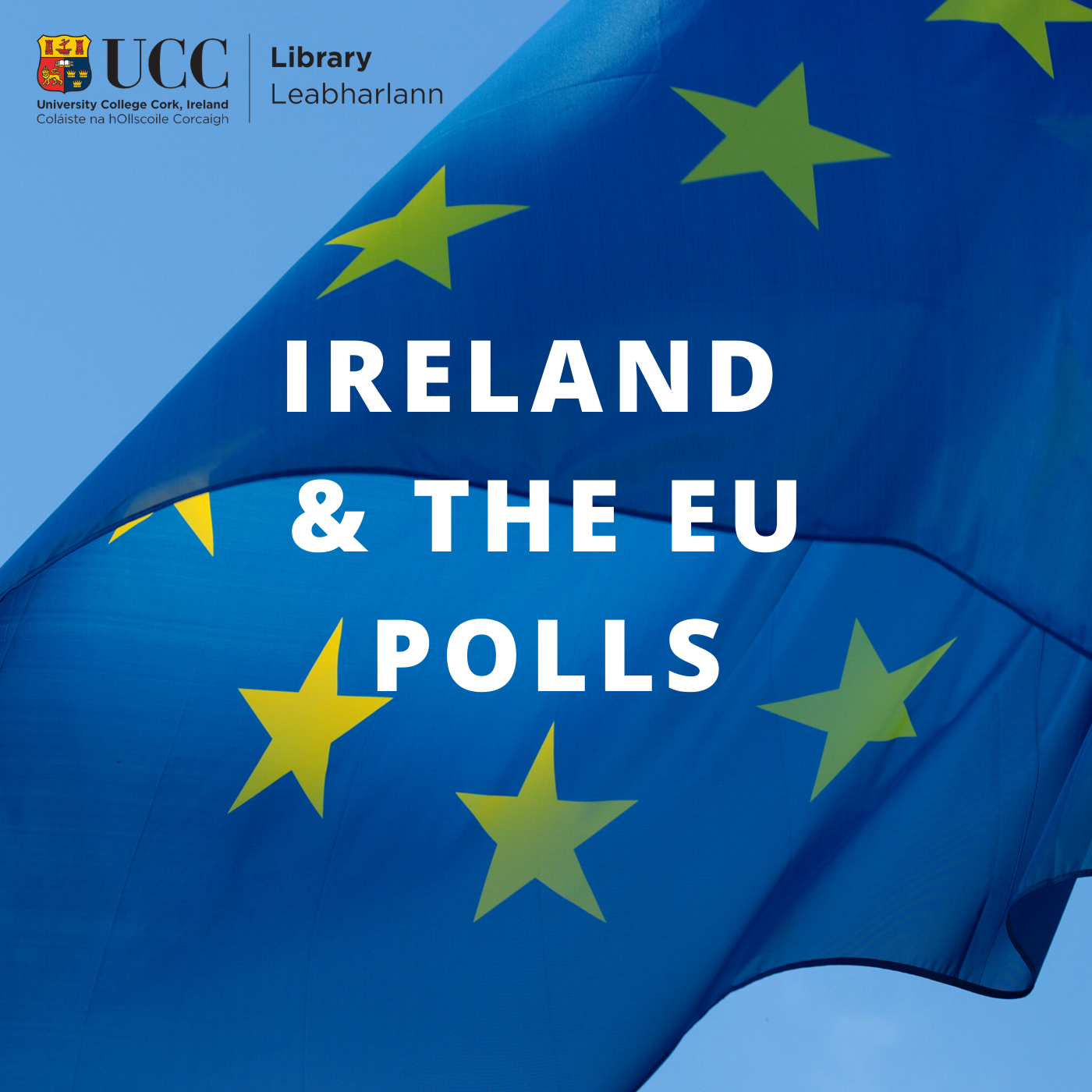 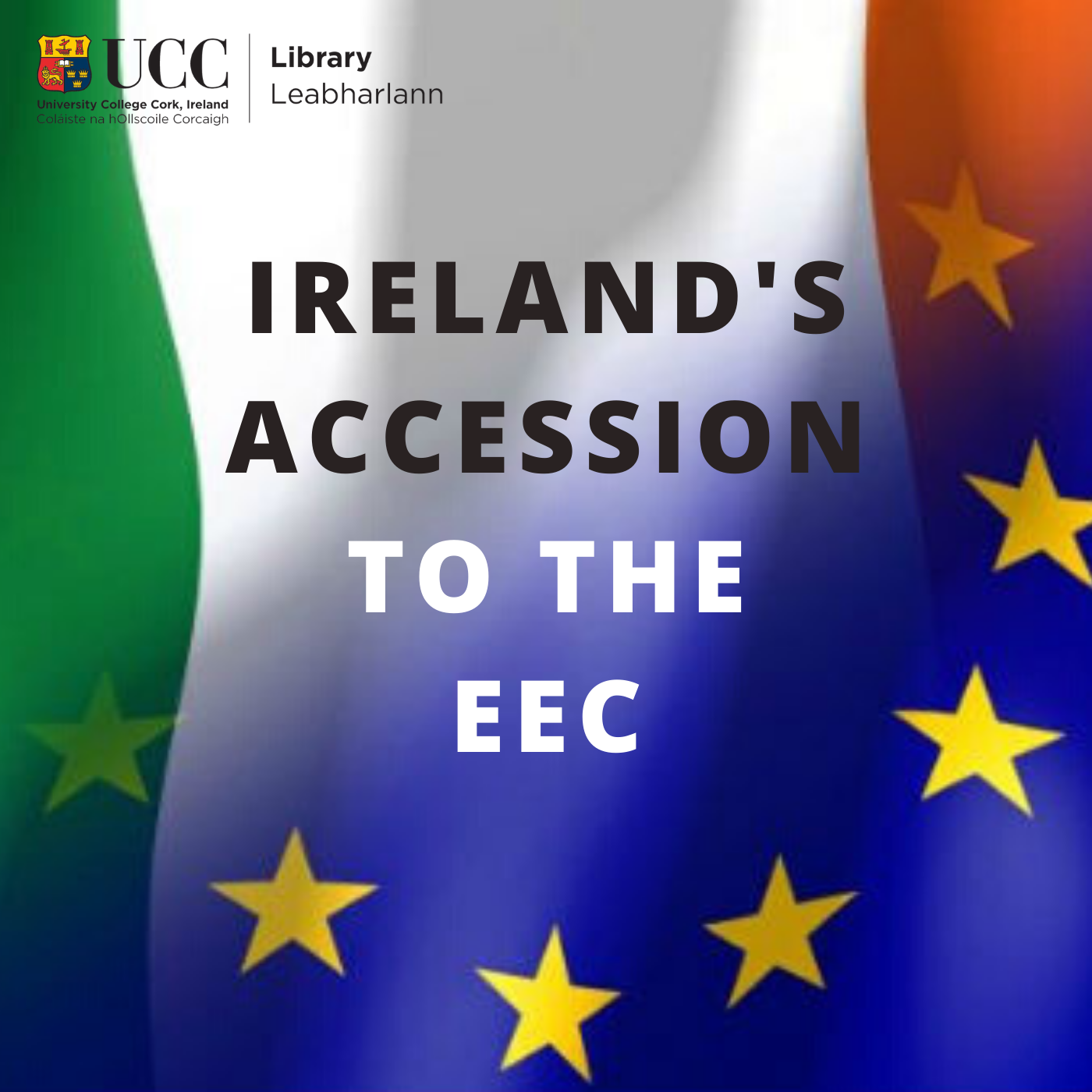 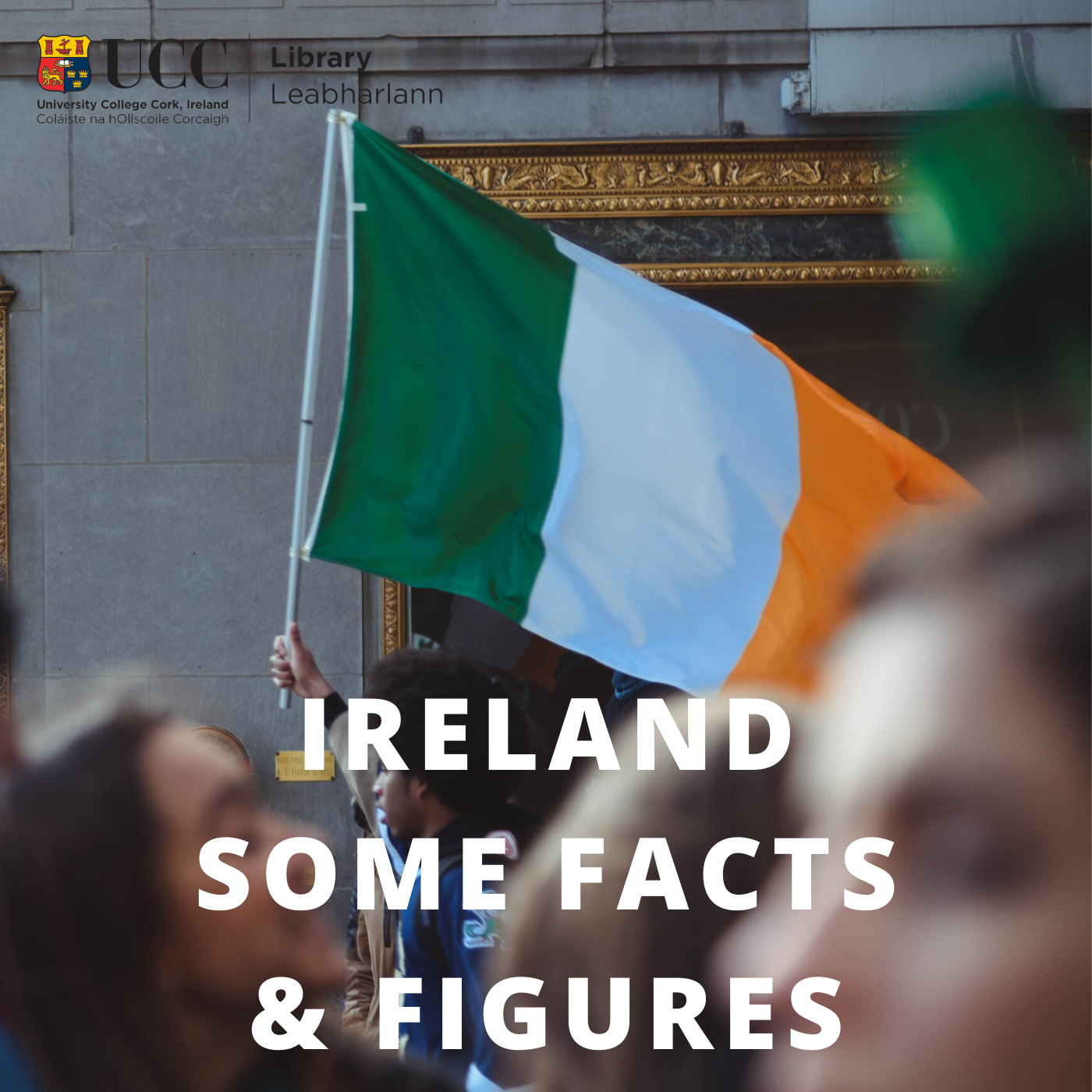 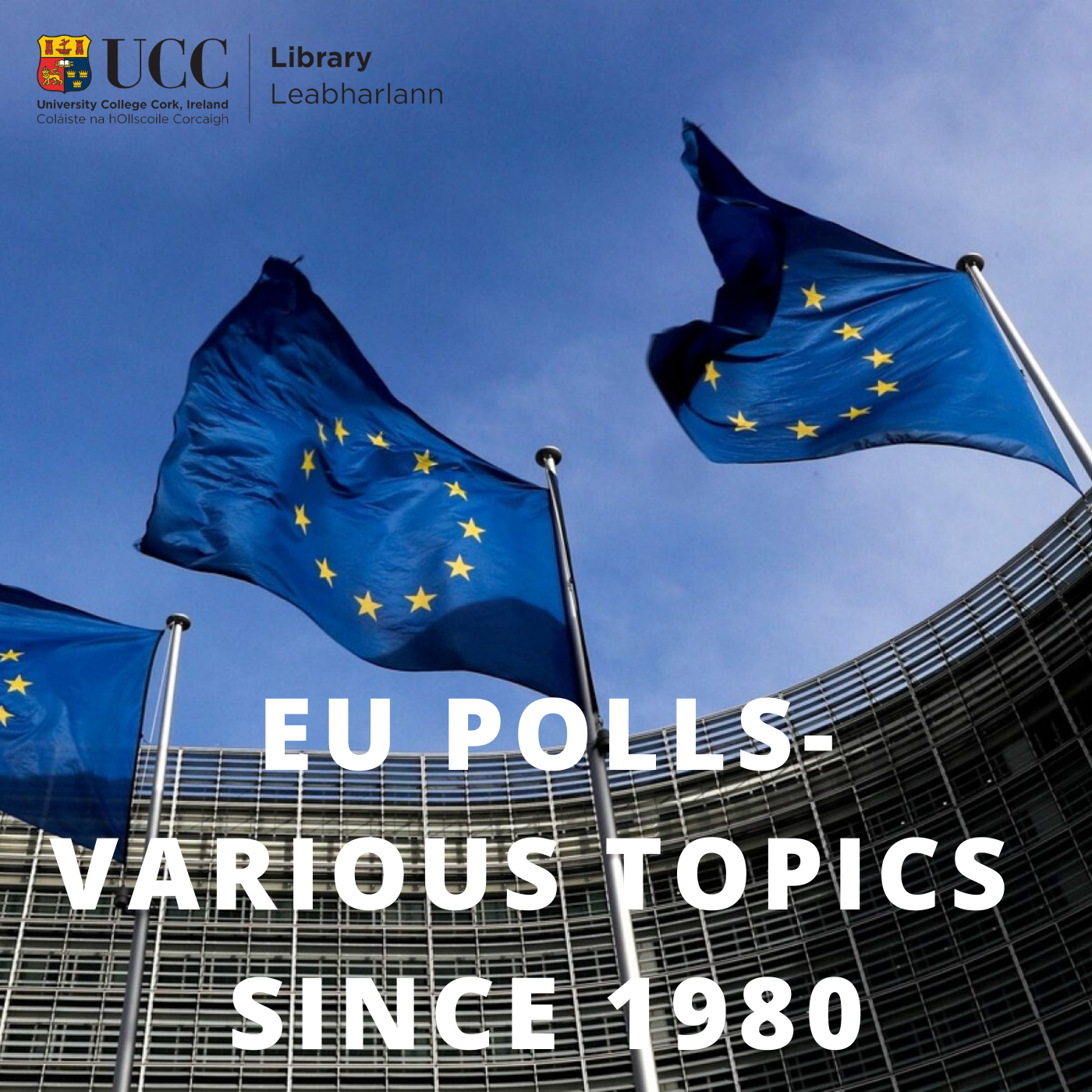 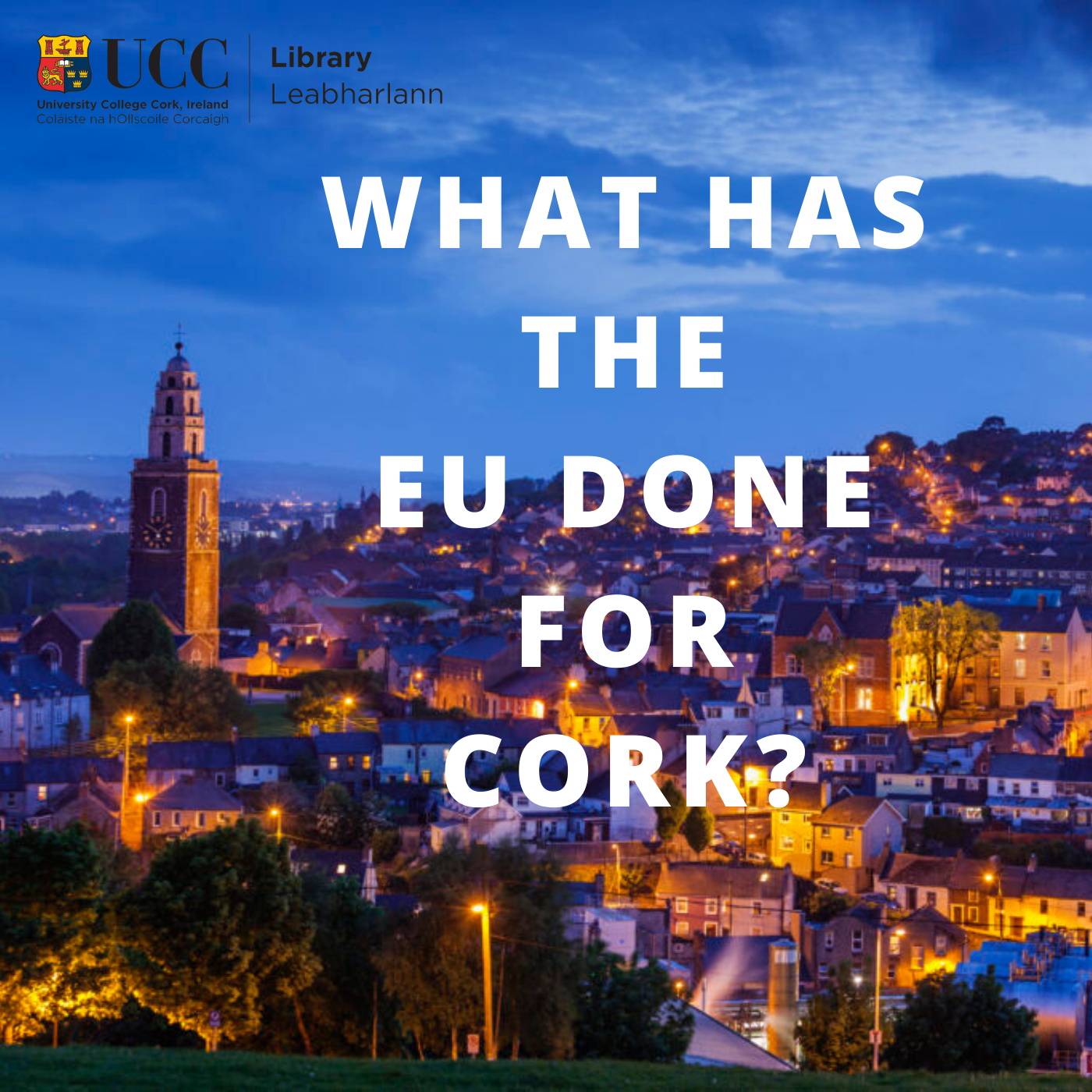 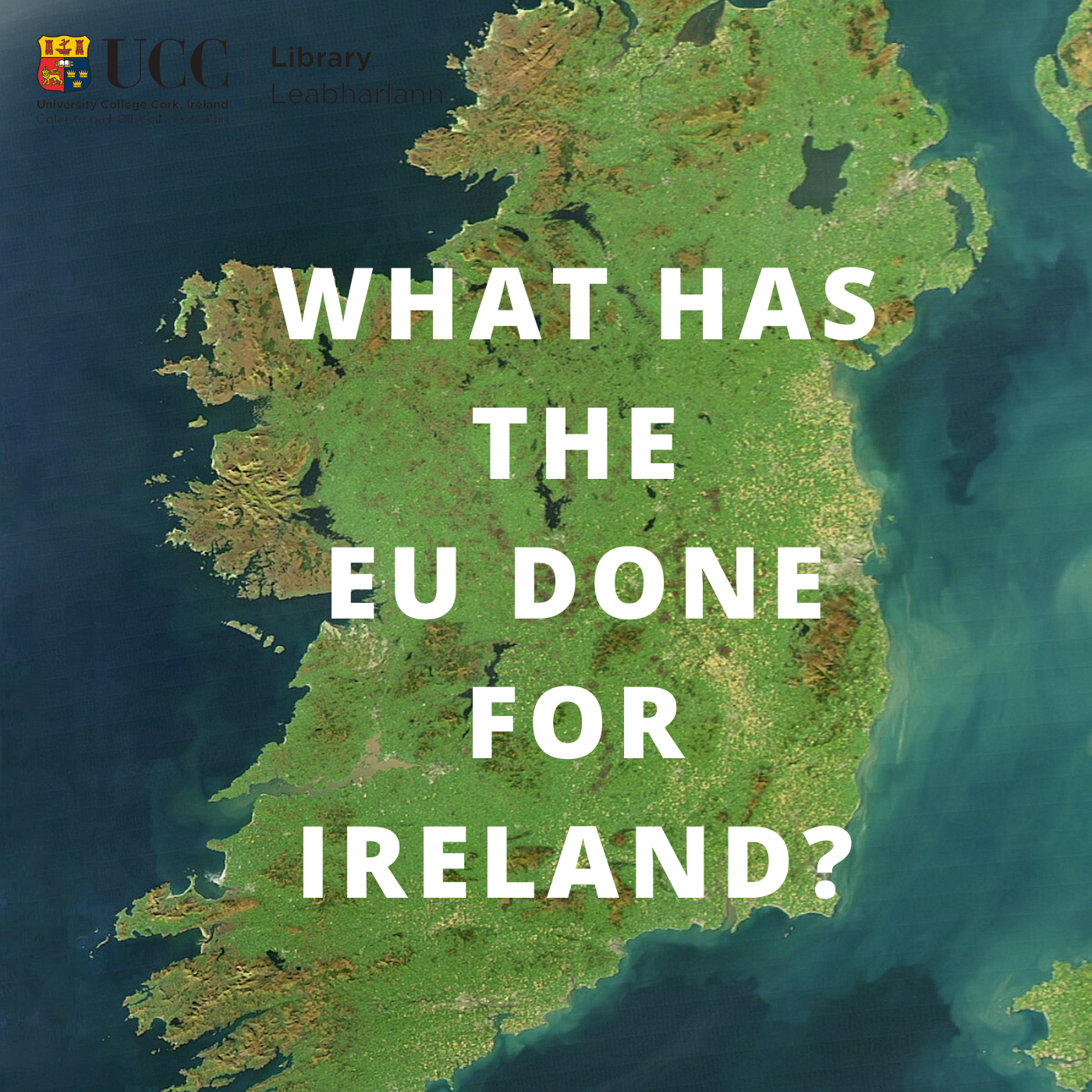 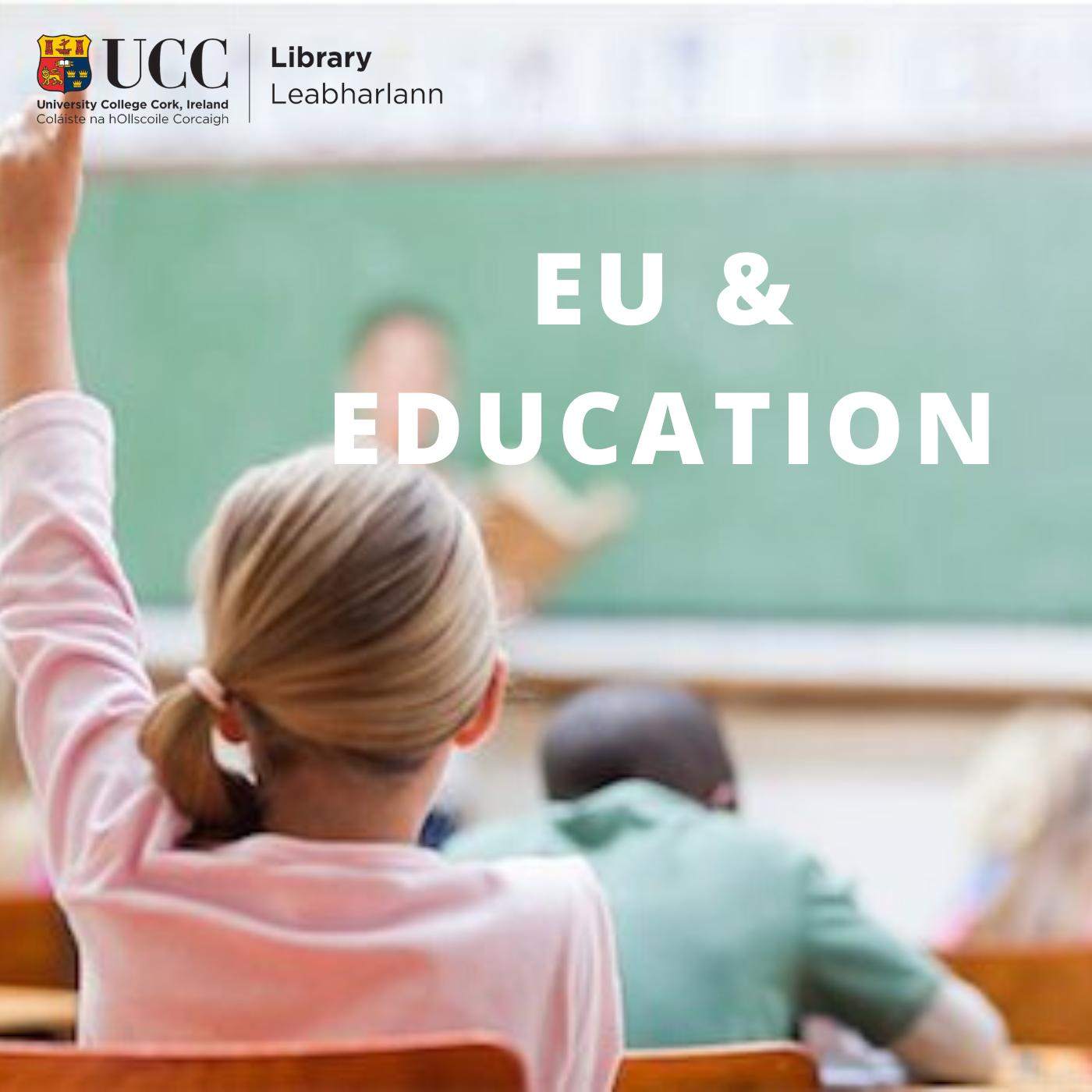 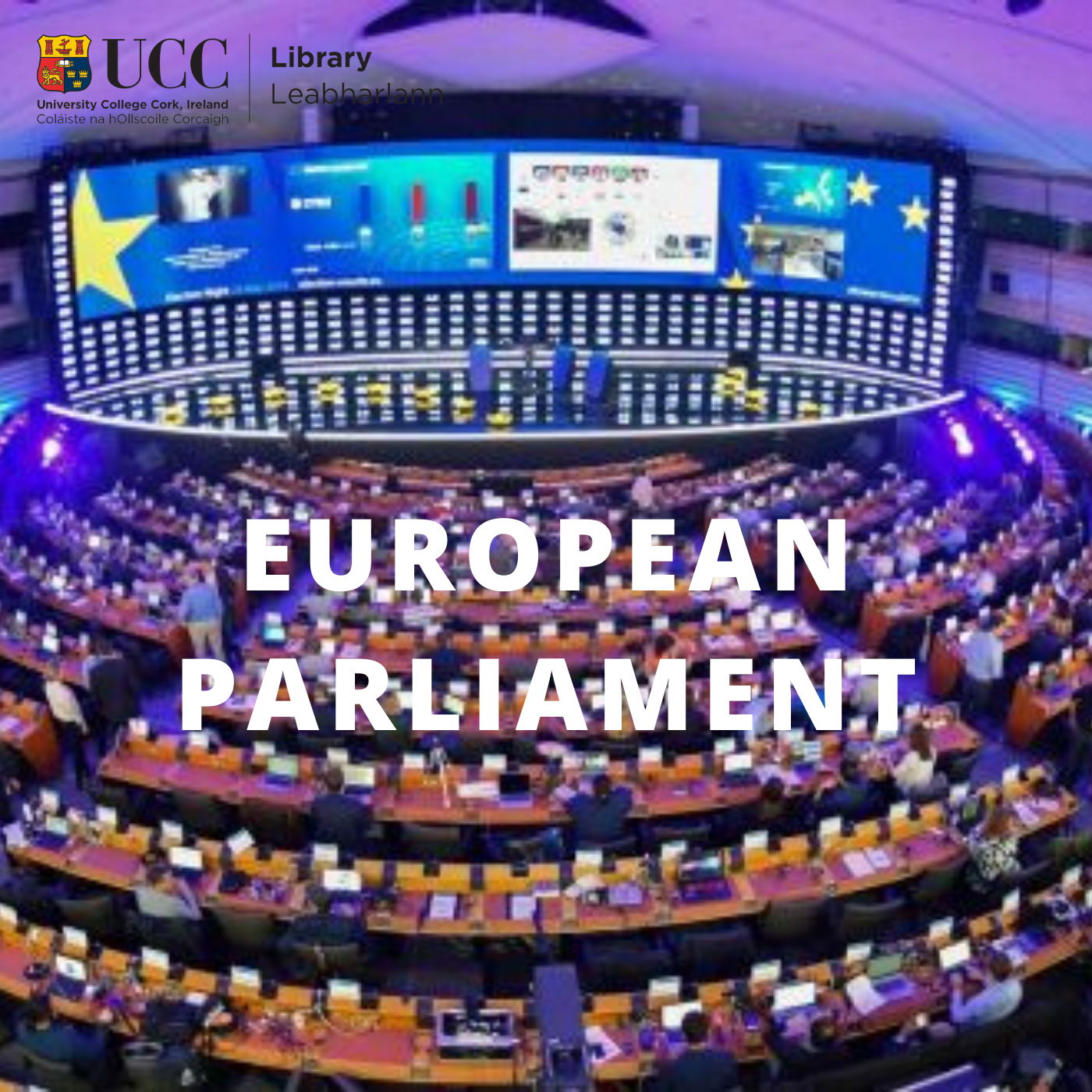 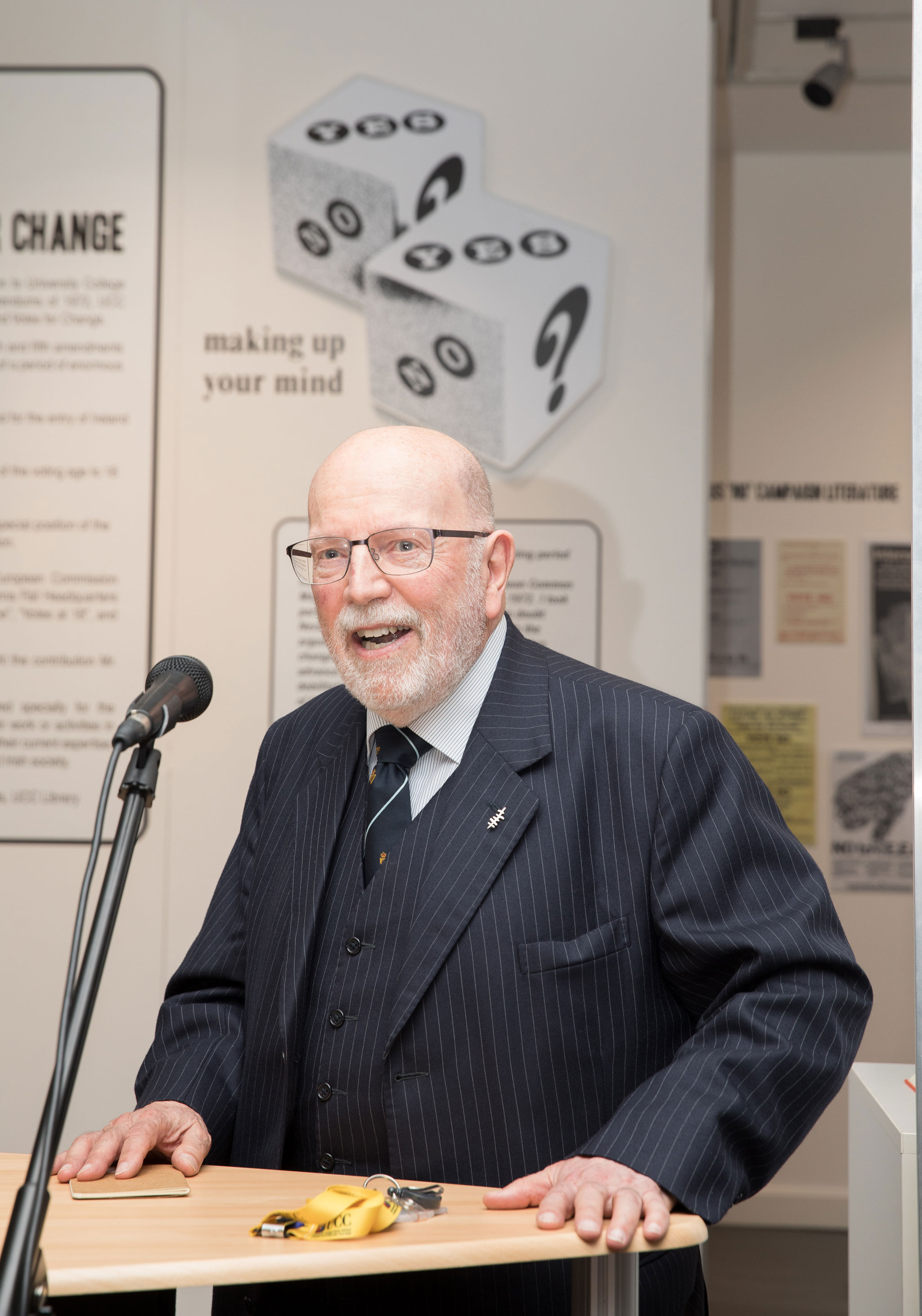 "Europe is still an experiment"

Clips from UCC’s Dr Theresa Reidy exclusive interview with Neville Keery filmed in UCC in 2017, in which he speaks about the role he played in the events of 1972, and the ongoing Brexit question. These featured in 1972: Ireland Votes for Change, an exhibition held in UCC Library during Oct-Dec 2017, which marked the 45th anniversary of the three seminal referendums of that year - Ireland's Accession to the EEC (EU), the lowering of the voting age to 18, removing the special position of the Catholic Church from the Constitution.

His active role in the 1972 referendums is reflected in his archival collection The Neville Keery Collection donated to UCC Library and now available to the public by appointment, via specialcollectionsarchives@ucc.ie

The European Documentation Centre at UCC was part of a network set up in Ireland in the mid 1970s.

On 30th November 2007, Dick Roche, Minister for European Affairs unveiled a bronze bust of Robert Schuman in the newly refurbished and extended Boole Library and announced the renaming of the EDC as the Robert Schuman European Documentation Centre in honour of the EU’s founding father.

Our engagement with the EU

Our membership of the European Union has helped to transform Ireland. We are committed to keeping our country at the heart of Europe by developing and strengthening our relationship with other EU member states and with the Institutions of the EU. 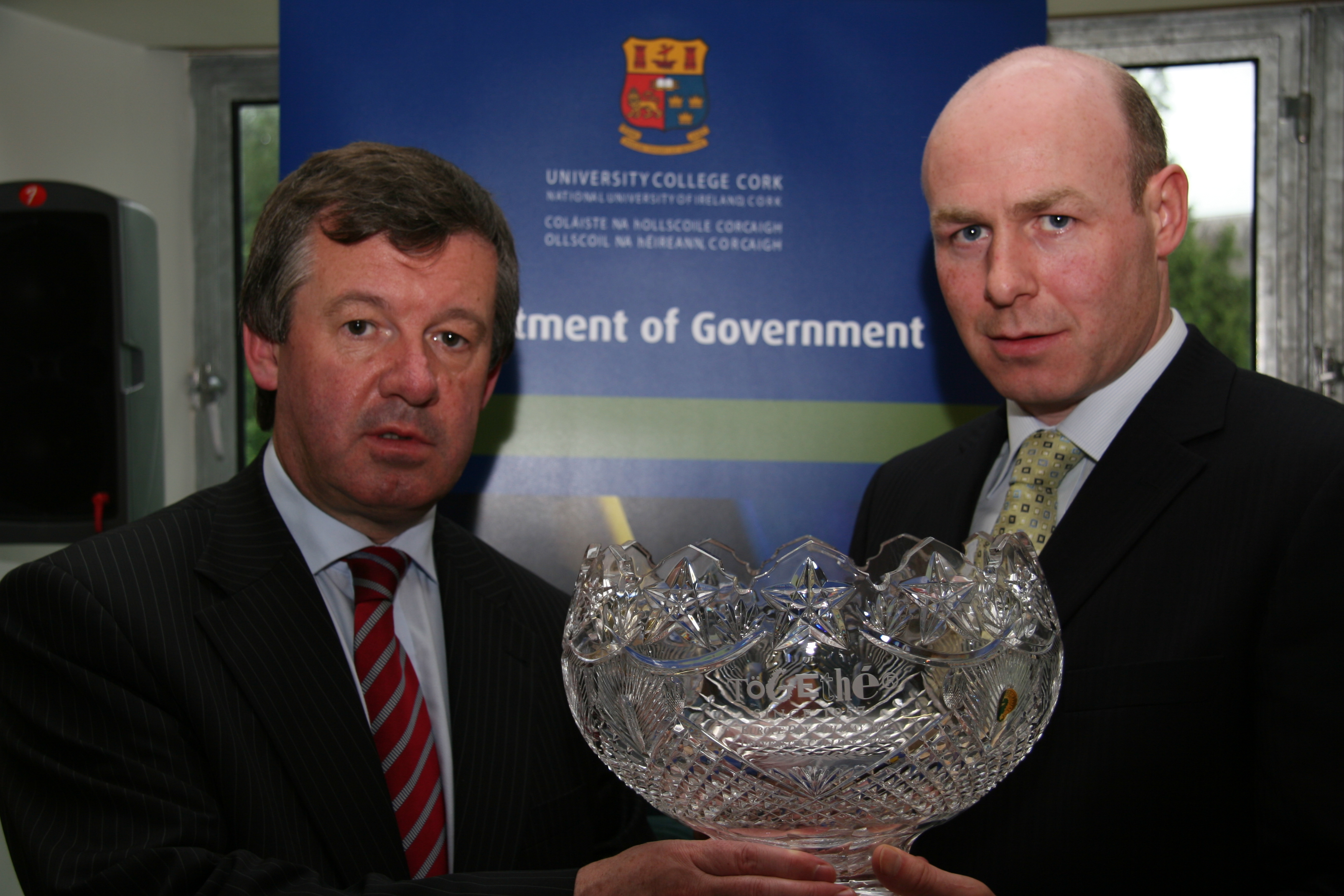 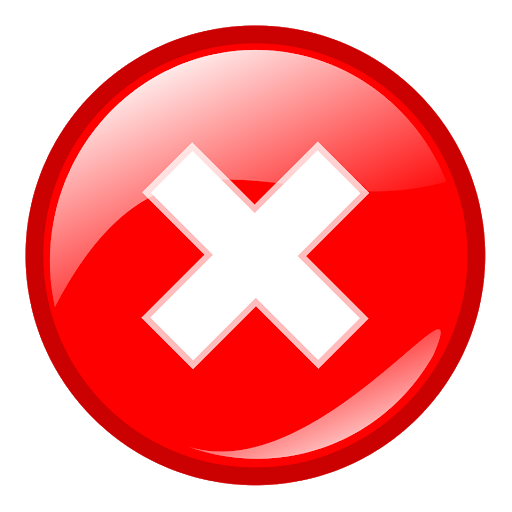 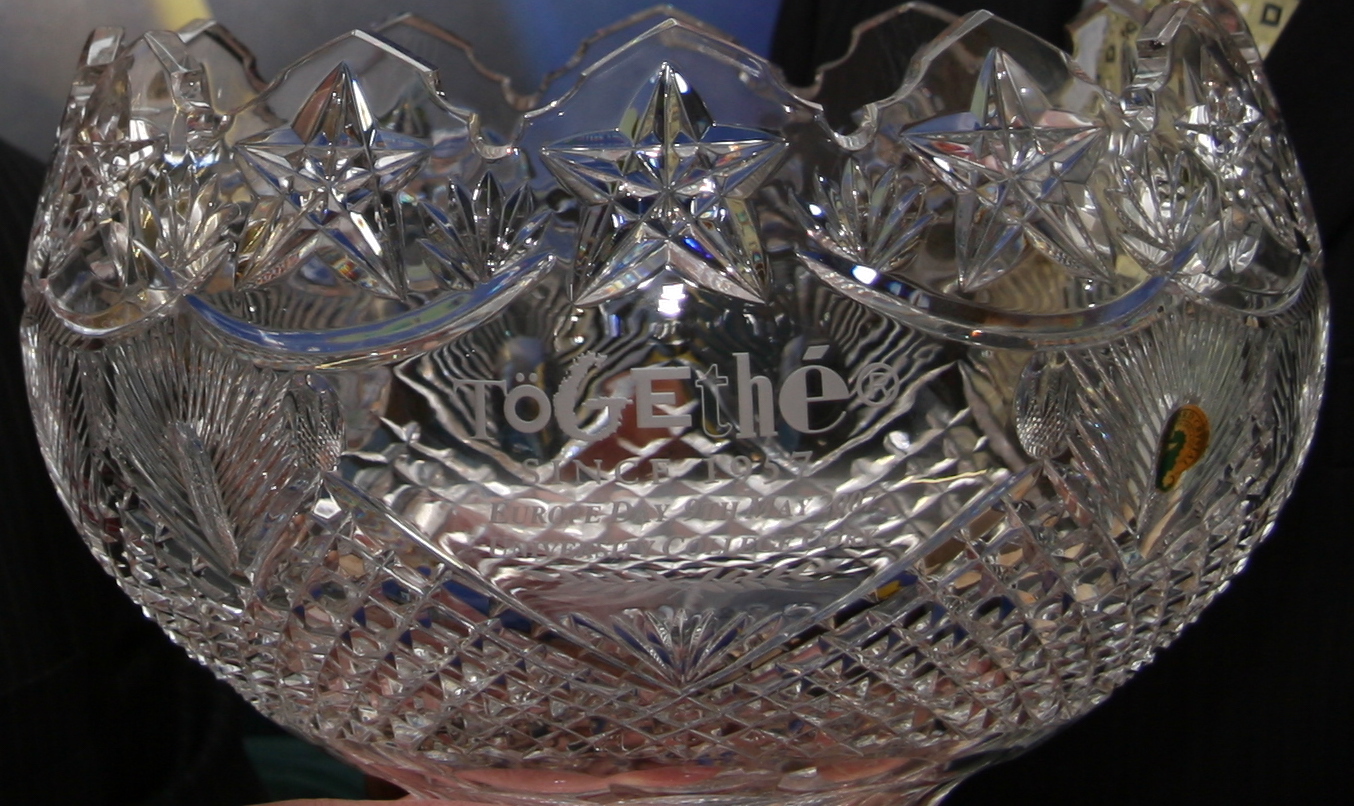 The design of the Treaty of Rome 12” Centrepiece Bowl is inspired by the history and evolution of the European Union and contains some familiar images.

The primary objective of European integration – unity – is symbolised in the wonderful pattern, and in particular by the cutting of twelve stars around the perimeter of the piece, accentuated by a scalloped top. Twelve is traditionally the symbol of perfection, completeness and unity whereby the stars represent solidarity and harmony between the peoples of Europe.

The cut stars are a direct reference to the European Union flag, which is probably the most visually recognisable symbol of the EU.

The sunburst cutting situated below this is representative of our hope for peace and prosperity among EU citizens in the future.

The pattern is completed by a base of diamond cutting around the bowl, representing a solid foundation for all our aspirations. The Treaty of Rome 50th anniversary logo ‘Together since 1957’ is also engraved on the piece.