The papers consist of two files containing correspondence between O’Faolain and Fox. There is a number of newspapers cuttings and articles by O’Faolain from The Listener and The Observer. During the course of correspondence both men formed a friendship and corresponded a number years after the book was published. 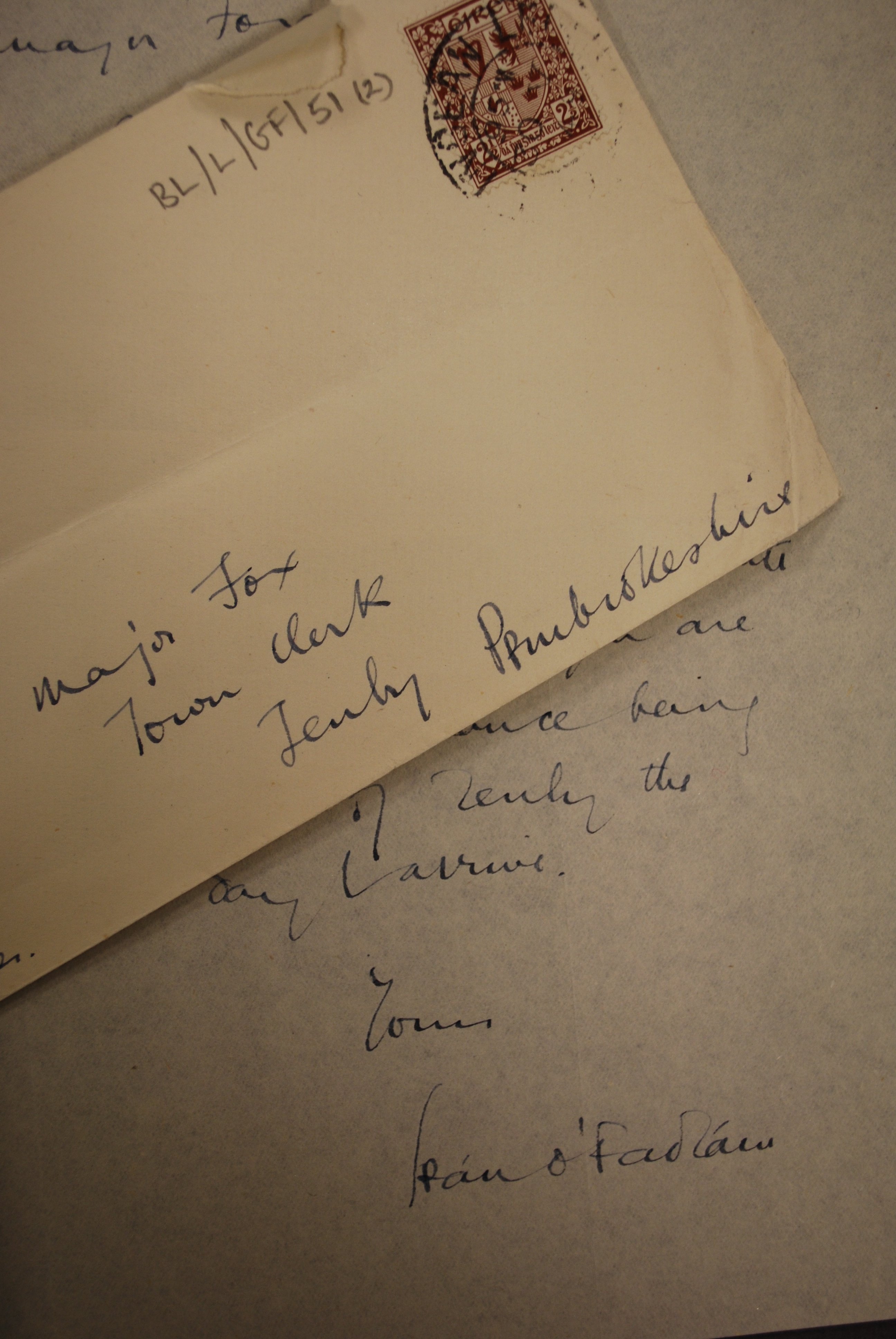