BL/PP/OR are the papers of Seán Ó Riada, the composer perhaps best remembered as being the first to blend Irish traditional music with it’s classical counterpart, most notably in the music which he produced for the film ‘Mise Éire’. This collection of papers was acquired from the Ó Riada family by University College Cork in 2004 who had preserved it in situ in the family home.

Biographical History: Seán Ó Riada was born John Reidy on 1 August 1931 in the Erinville Hospital, Cork. His parents, John and Julia Reidy (née Creedon) brought young John back to their home in Adare, where he remained until he transferred to St. Finbarr’s College, Farranferris, Cork in 1943. Reidy subsequently attended University College Cork where he met his future wife, Ruth Coughlan. The pair married in the Honan Chapel on 1 September 1953. They went on to have seven children, Peadar, Eoghan, Alasdair, Cathal, Reitseal, Sorcha and Liadh. Ó Riada’s first venture into professional employment was with RTE where he was appointed Assistant Director of Music. From there he went on to become Director of Music at the Abbey Theatre. He began signing his name as Seán Ó Riada on Abbey compositions in 1955. This signalled a new phase in Ó Riada’s personal development, one which saw him become immersed in the traditional Irish way of life. Ó Riada was appointed Lecturer in Music at University College Cork and he and his family moved to Cúil Aodha, in the Cork Gaeltacht, in 1963. Ó Riada rapidly became a fluent Irish speaker. He remained in Cúil Aodha (Coolea) until his death on 3 October 1971. He died, following a heart attack, in King’s College Hospital, London.

The Ó Riada papers have been listed and arranged so as to reflect the often disorganised nature of their creation. The project archivist imposed an artificial order so as to make the collection more accessible to researchers. However, any documents found to already be in a file-type arrangement were left in their original order.

Section 1 deals specifically with the personal and professional papers of Ó Riada himself. This section has been divided into subsections as to best reflect the composer’s personal and professional lives.  In particular subsection C contains documents which show Ó Riada as a public figure, a man who took an interest in affairs which affected his community. In the later years of his life Ó Riada moved towards an all-embracing approach to ‘An Saol Gaelach’, as he termed it. He became involved in the publication of the Irish periodical ‘An Saol Gaelach’ and took an interest in issues championed by   Comhairle na Gaeilge and Gaeltarra Éireann, for example the need for a local authority specifically for Gaeltacht areas. Documents relating to Ó Riada’s interest in the lives of the Gaeltacht people can be found in this subsection e.g. BL/PP/OR/466.

Subsection B is concerned with Ó Riada’s personal life, including a period of time in which the composer was widely believed to have resided in Paris (items BL/PP/OR/ 253 – 271).Subsection B also contains documents pertaining to household matters (i.e. shopping lists, letters about the Ó Riada’s telephone service), Ó Riada’s diaries (which are for the most part blank and do not any give real insight into the composer as a man) and Ó Riada’s financial and legal documents as well as material relating to the Reidy family.

Subsection C contains documents which show Ó Riada as a public figure, a man who took an interest in affairs which affected his community. In the later years of his life Ó Riada moved towards an all-embracing approach to ‘An Saol Gaelach’, as he termed it. He wanted his family to become part of an Irish-speaking community and he became interested in furthering a national acceptance of the Gaeltacht areas. He wanted to enhance the way of life in the Gaeltacht. After his move to Cúil Aodha in 1963 this interest manifested itself in the formation of a choir (Cór Cúil Aodha) for the community (this resulted in the creation of music specifically for mass which became known as ‘Ó Riada’s mass’). He became involved in the publication of the Irish periodical ‘An Saol Gaelach’ and took an interest in issues championed by   Comhairle na Gaeilge and Gaeltarra Éireann, for example the need for a local authority specifically for Gaeltacht areas. Documents relating to Ó Riada’s interest in the lives of the Gaeltacht people can be found in this subsection e.g. BL/PP/OR/466.

Subsection D contains material relating to Ó Riada’s professional life. It covers his time in R.T.É. where he worked as Assistant Director of Music and later as a presenter of various music-based programmes. Documents from the period in which Ó Riada worked for U.C.C. can also be located in this subsection. Ó Riada attended Cork University as a student and then returned to take the post of lecturer in the music department, under the direction of Professor Aloys Fleischmann. Things did not always go smoothly during Ó Riada’s time in the college. His lack of interest in the mundane tasks of administration sometimes led to conflict with his colleagues (see BL/PP/OR/603). During his time in U.C.C. Ó Riada was involved in other projects. He set up his own film company Draíon Films and he wrote articles for ‘The Irish Times’. He tried his hand at poetry and even attempted to compose a pop song (BL/PP/OR/510).

Despite a variety of interests, Ó Riada is best remembered for his work as a composer.  He was involved in the creation of scores for films (most notably ‘Mise Éire’) and plays but also produced a number of compositions e.g. the ‘Nomos’ series.  He even set up his own musical ensemble, Ceoltóirí Chualann. Subsection D contains a vast quantity of musical scores created by Ó Riada for a number of projects.

Subsection E deals with Ó Riada’s final illness and his eventual death in 1971. This section includes the last note Ó Riada ever wrote on 27 September 1971 (BL/PP/OR/675). The majority of this section consists of letters of condolence from a wide variety of friends, acquaintances and admirers, financial documents (e.g. hospital bills) and material relating to the Ó Riada Estate.

Section 2 deals with the papers of Ó Riada’s wife, Ruth Ó Riada (née Coughlan). Subsection A is concerned with Ruth’s early life. It contains school reports, letters and a number of diaries kept by the young Ruth Coughlan. Of note is a school report which refers to Ruth’s problems with the Irish language (see BL/PP/OR/749). She struggled with the subject although, in later years, she was to become a fluent speaker of the language. Like her husband, Ruth, championed the cause of ‘An Saol Gaelach’ and became a leading member of Grúpa Miontionsclóirí na Gaeltachta (see Subsection H). Section 2 also contains documents relating to the Coughlan and Chauvie families (Ruth’s maternal and paternal relations) as well as documents concerning the Ó Riada children.

Section 3 is devoted to photographs. It is divided into those which relate to Ó Riada and his relations and those which relate to Ruth and her relations. There are not many photographs of Ó Riada but included in this collection are two of the composer as a baby (BL/PP/OR/1012, 1013). The majority of photographs which have survived belong to Ruth and her relatives. There are numerous pictures of Ruth as a child and of her mother and father, Leonie Coughlan (née Chauvie) and Eddie Coughlan. There is also a section which contains photographs of people who could not be identified.

Section 4 contains printed/handwritten copies of songs and poems as well as pamphlets, catalogues, programmes, journals, reports etc. It also contains a collection of music books owned by Ó Riada and members of his family.

Section 5 consists of Associated Documents. These documents can not be readily identified as belonging to any member of the Ó Riada family. However, they were found with the Ó Riada papers and as such have been included in this list.

The Ó Riada papers document the life of a composer who maintained a curiosity about other aspects of the ‘Arts’ (e.g. film-making) as well as taking an avid interest in the affairs of his community.  These papers give the researcher an insight into most aspects of Ó Riada’s life, especially his professional and creative endeavours. However, Ó Riada was not much given to committing his private thoughts to paper and therefore, only glimpses remain of the man behind the music. The collection as a whole, preserved since O Riada’s death by his family, does however give a flavour of the times Ó Riada lived in and his own personality.

Students interested in gaining a more comprehensive over-view of Ó Riada’s life should read Seán Ó Riada: His Life and Work by Tomás Ó Canainn, a former student and colleague of Ó Riada.

Artefacts belonging to Ó Riada, including his harps and bodhran are also preserved by UCC but are listed separately. The contents of his Library can be accessed through the main Boole Library catalogue. 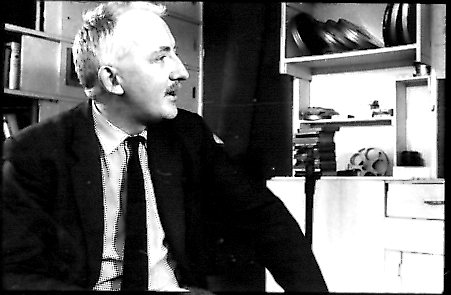