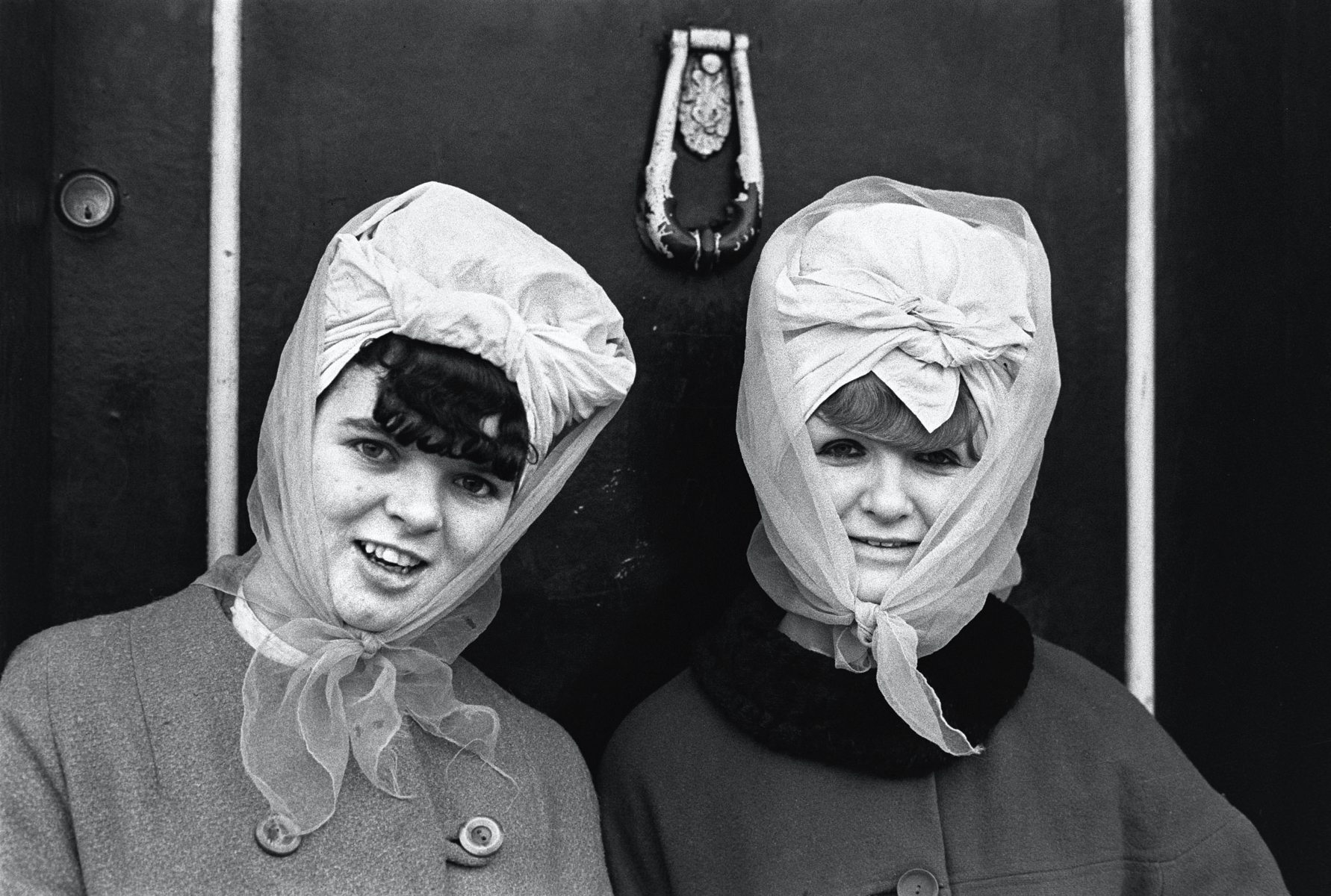 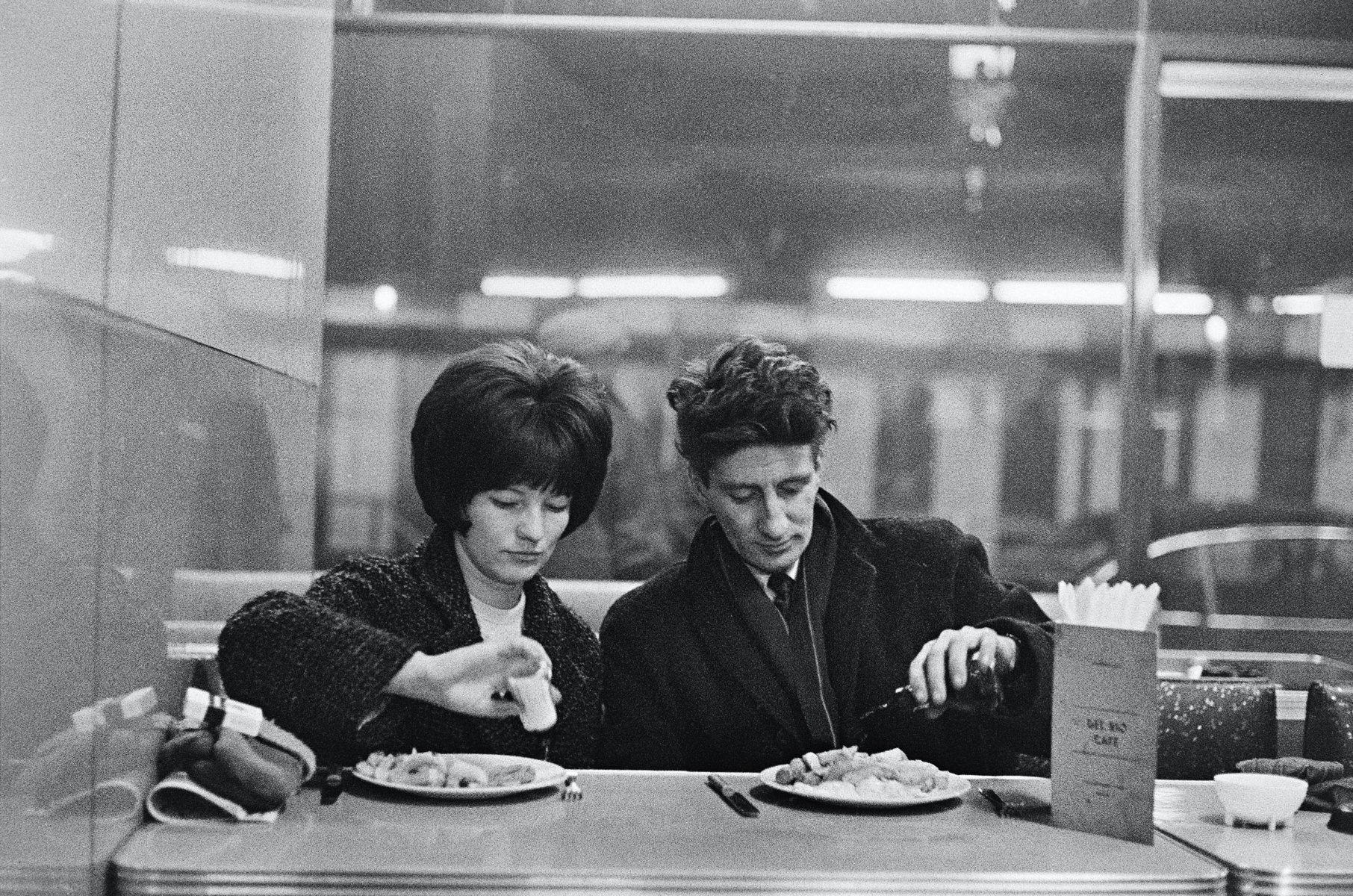 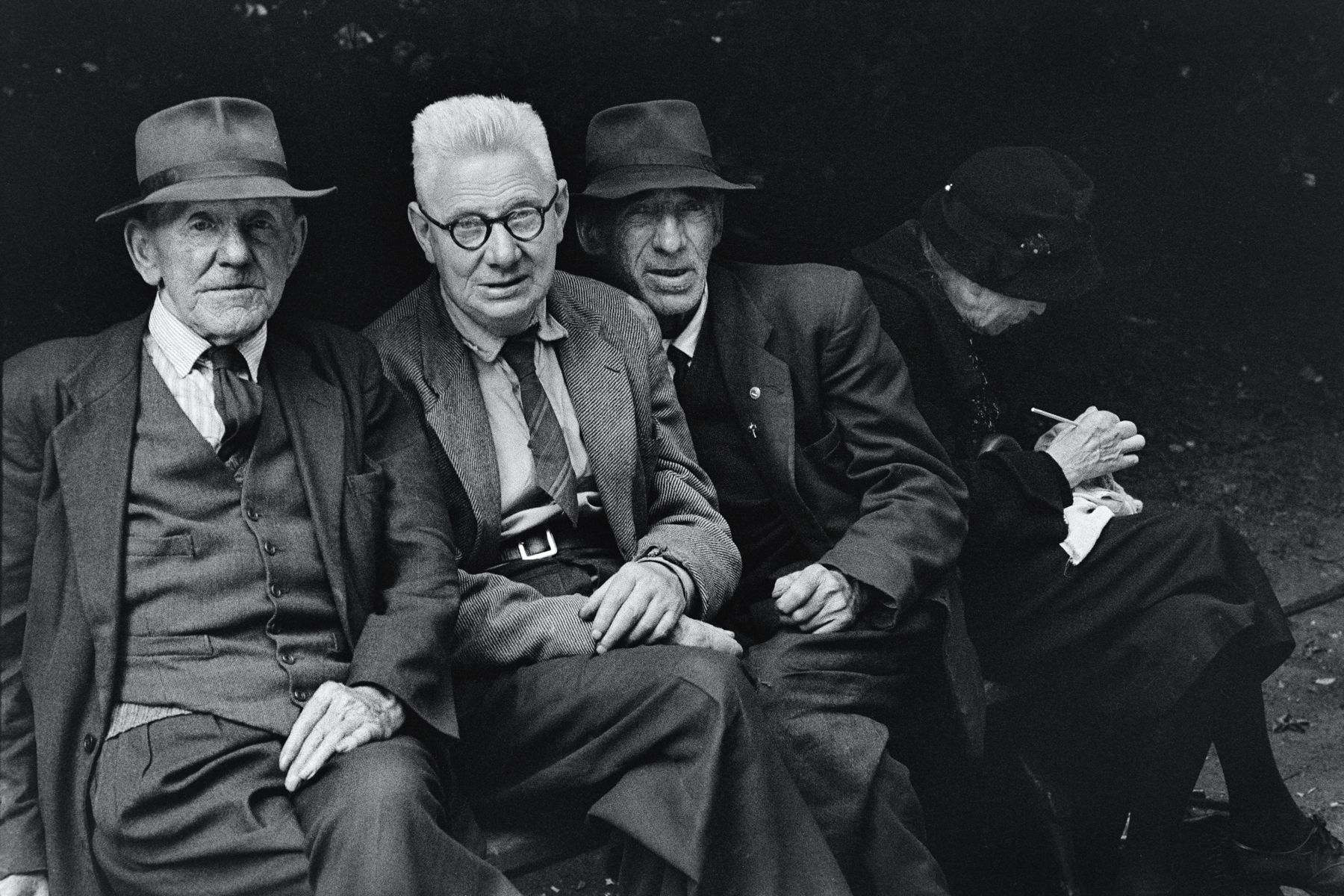 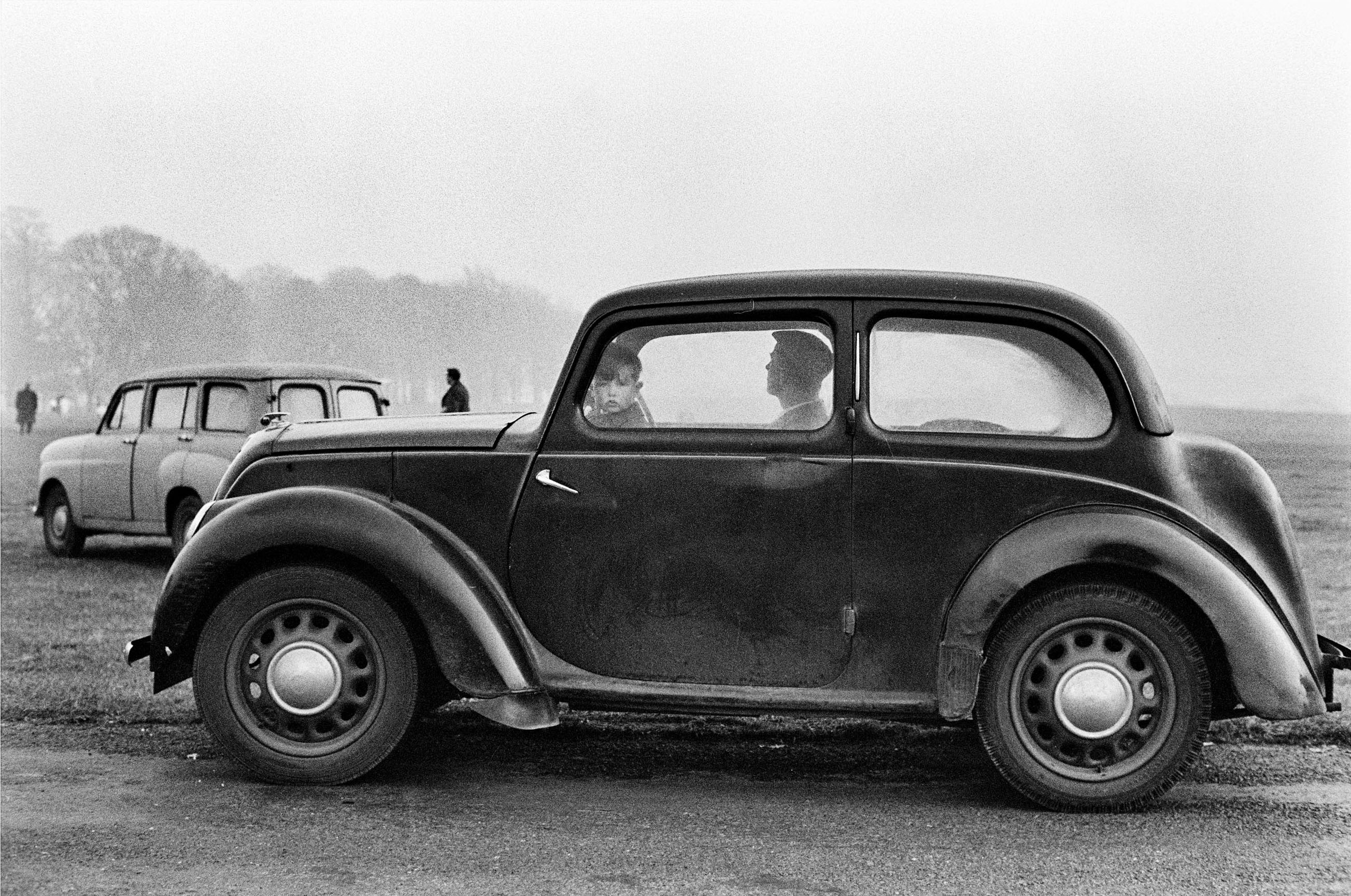 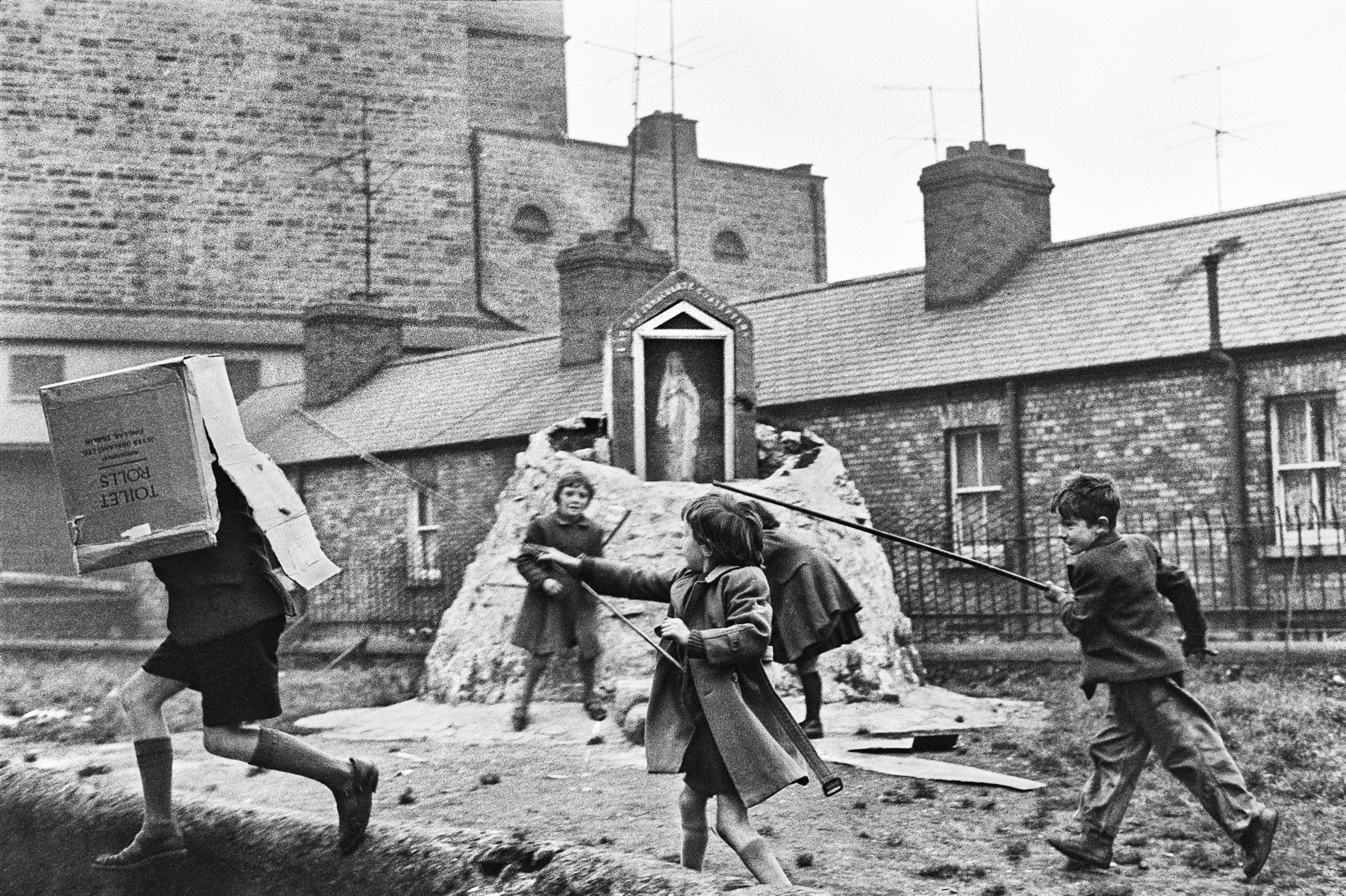 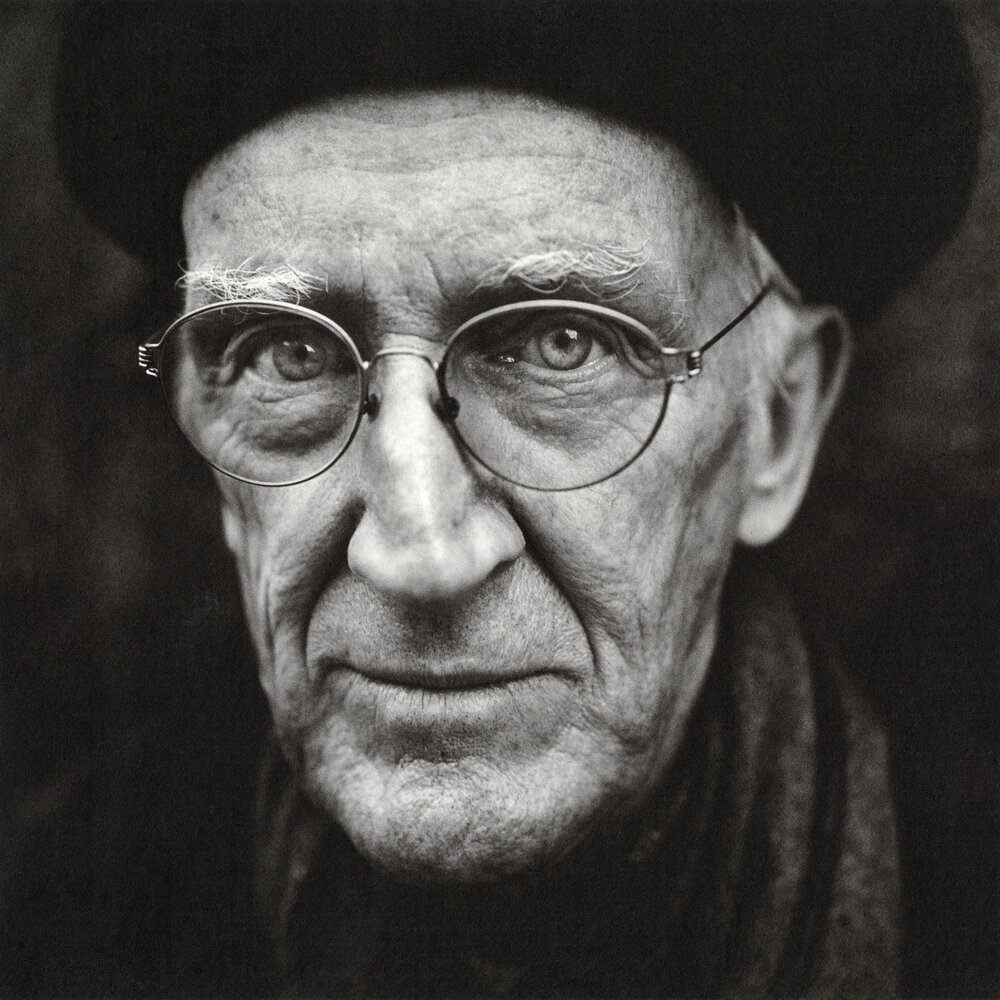 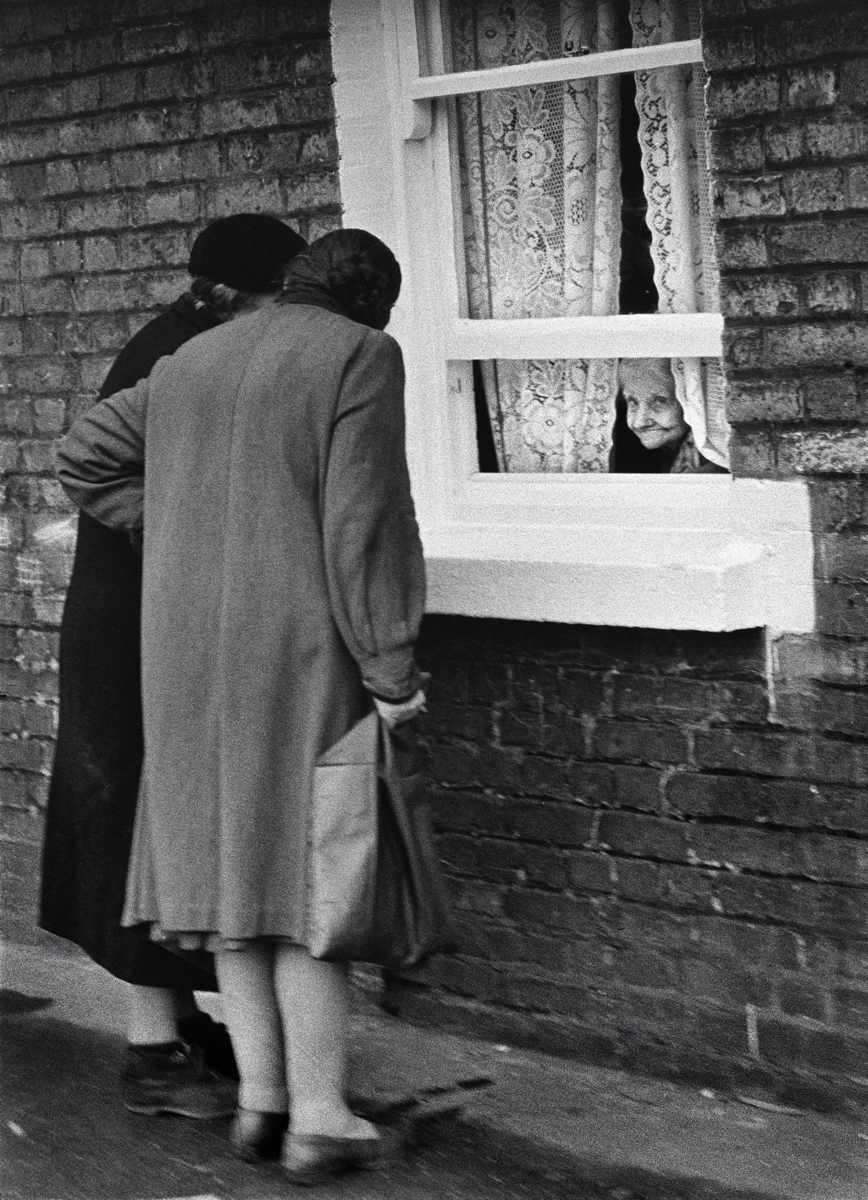 Alen MacWeeney, is one of the world's leading photographers currently based in New York. Born in Dublin in 1939, he began working in photography in his teens, winning several awards for his early works. At 16, he was given his first job as a press photographer at The Irish Times. He worked for a year before leaving to pursue his own work. Several years later, MacWeeney sent a letter to Richard Avedon, asking to be his assistant. Avedon hired MacWeeney and brought him to work in both his NYC and Paris studios, giving MacWeeney the opportunity to travel at the young age of 21.

MacWeeney soon became impatient with the limitations of studio photography. He returned to his home in Dublin, traded in his 120 camera for a new 35mm Leica, and began trying his skills in street photography. This period of MacWeeney's practice marked the development of what became his signature style. MacWeeney has carried this style of photography throughout his career and into today, even using 120 in the vein of his street photography, as can be observed in his Yeats ('65) and Travellers ('65-'67) works. The composed, gritty images compliment his subjects, made obvious in works as early as his Pennsylvania photographs taken in the Amish Country in 1962, to his 1980s New York Subway photographs where his style is especially exemplified.

Alen MacWeeney is still active, living in New York City and Sag Harbor, and traveling to Ireland often. His collection was recently acquired by University College Cork in Ireland, where it will be archived and maintained. His works are featured in the permanent collections of many prominent museums such as MoMA, The Philadelphia Museum of Art, The Art Institute of Chicago, and more, as well as in private collections of institutions such as Columbia University, Boston College, and elsewhere. MacWeeney's collection continues to grow as he continues printing in his personal studio darkroom and photographing in the analog and digital mediums. 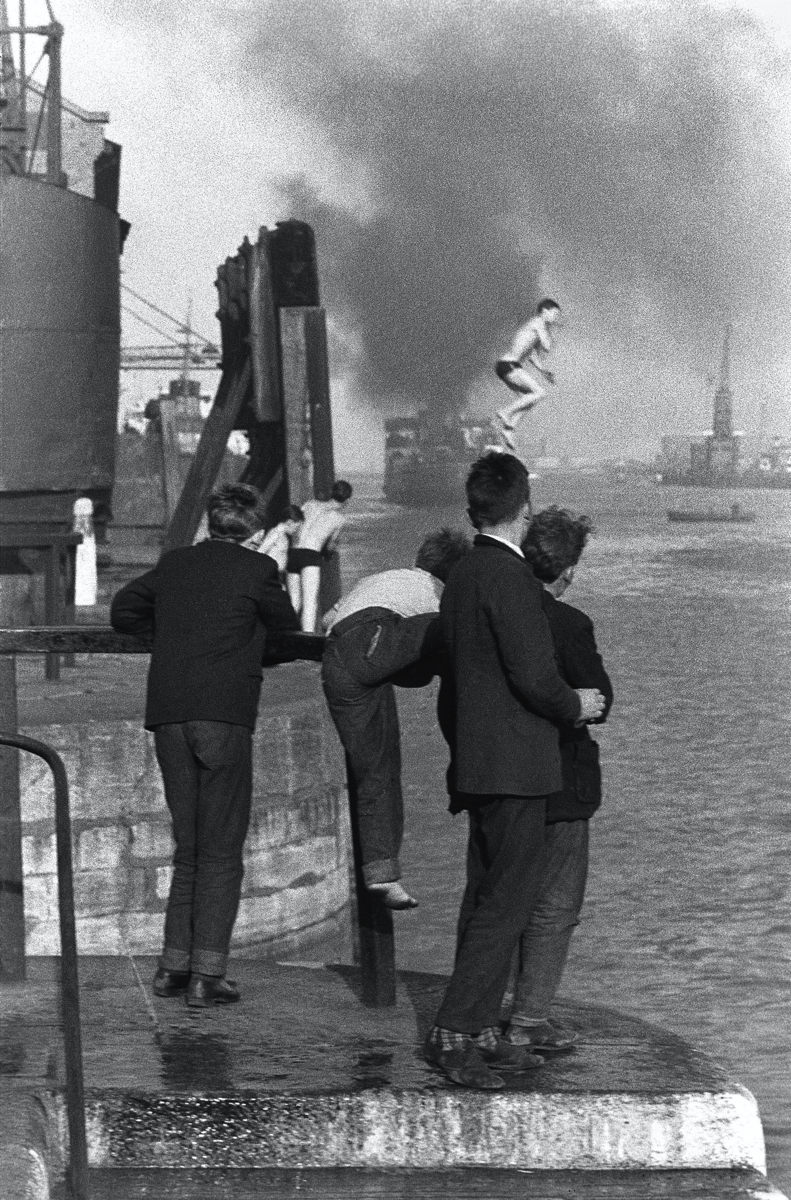 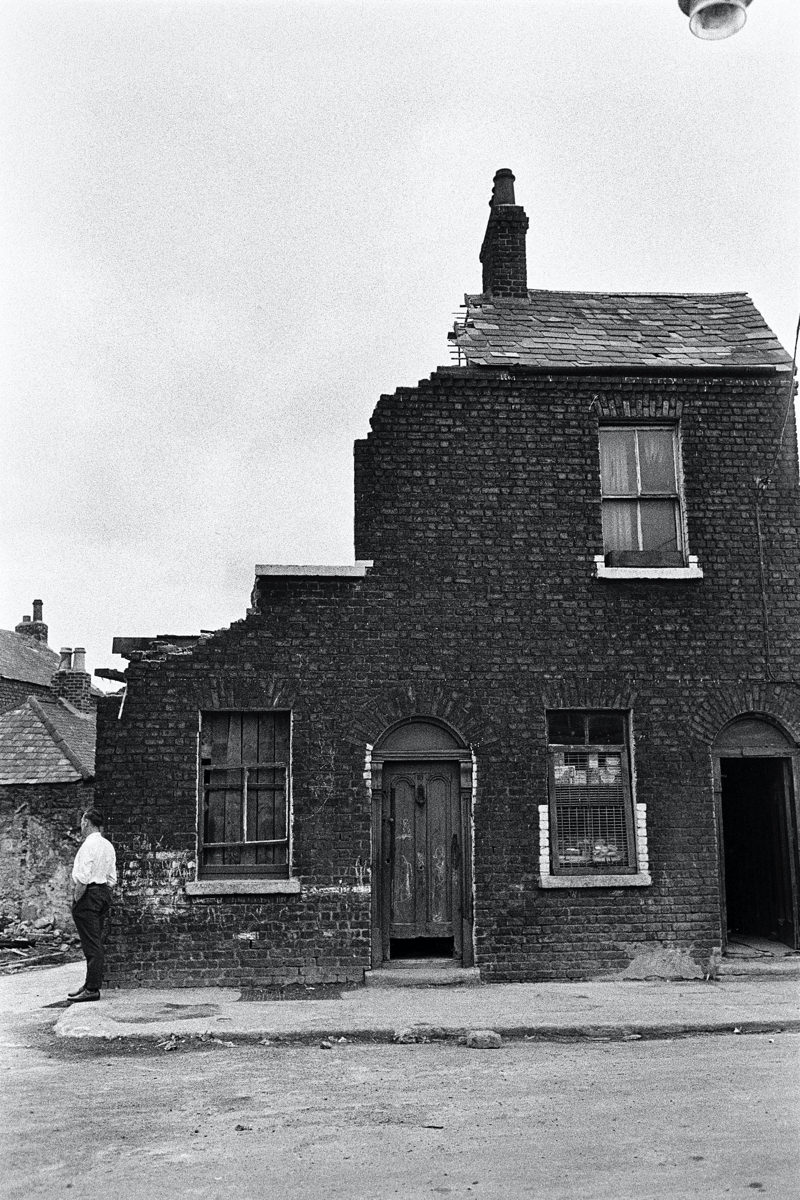 “A testimony and documentation of Dublin's collective memory, triggered by photographs”

In September 1962 Irish photographer Alen MacWeeney returned to Dublin from a year in New York, working for the acclaimed photographer Richard Avedon. Equipped with a 35mm Leica camera, he went onto the streets of the city to engage with life directly as he saw it.

Almost 60 years later, during the pandemic lockdowns and isolation of 2020 that we all experienced, Alen's photographs of Dublin 1963 were shared by his partner, Pesya, with a group of online Dubliners.

The result was a virtual explosion. An instantaneous torrent of observations, comments and opinions filled the screen. As more photographs were posted, the online community scrutinised every incidental detail. Responses bristled with wry Dublin humour. The people and locations that MacWeeney had captured were recognised and disputed. Discussions and recollections drew in multiple participants, the online exchanges eliciting wonder, incredulity, nostalgia, warmth – and sometimes anger. This previously unseen series of photographs had come to life again in the unexpected confinement of a pandemic to grace a multitude of new lives through a bond of shared interest and humanity. 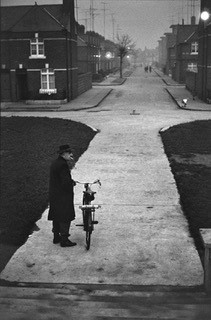 Now all photographs in the series have been published with these online community comments in a book by Alen MacWeeney entitled, My Dublin 1963, My Dubliners 2020.

The book is about the power of photography in creating a conversation that unites the community, and that transports the viewer back to another life. It is local history. It is about life in a Dublin of the past being brought back into the present in 2020 by today’s Dubliners, “straight from the horse’s mouth”.

For MacWeeney, “Reading the reaction of Dubliners in lockdown to seeing the people or places they knew as children, – mothers and fathers, relations and friends, coming or going to work, playing in the streets, or on a date, waiting for the bus, or just being there as I was at the time, was electrifying; a pure joy to read their responses.”

My Dublin 1963, My Dubliners 2020 published by The Lilliput Press, Dublin will be launched on 9th December 2021 at the Gallery of Photography, Dublin. It will be available on pre-order and from all bookstores. (Price €40) 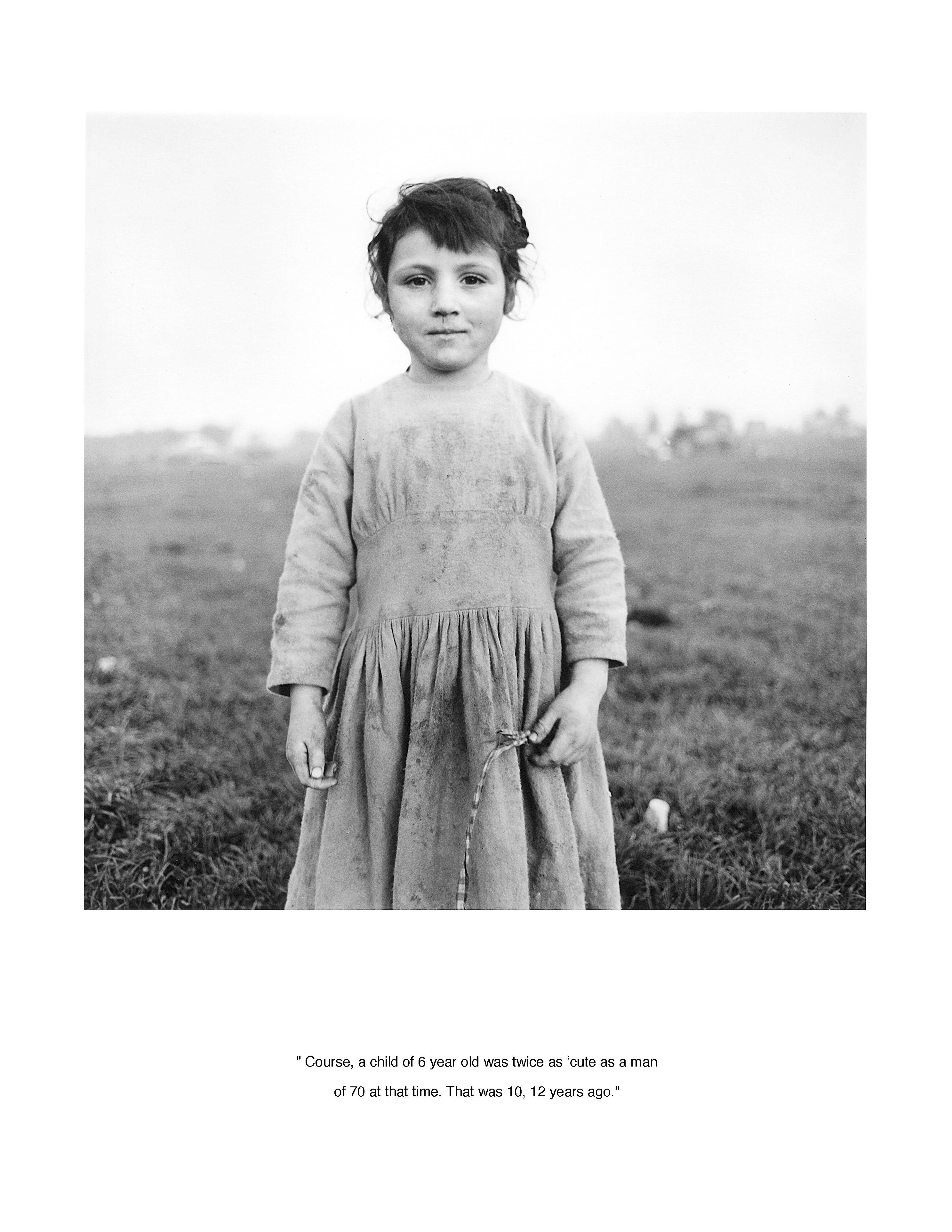 In his Introduction, Alen MacWeeney describes his good fortune in the Summer of 1965 when by accident he came upon a Traveller encampment on the outskirts of Dublin and started a relationship with those Travellers which has captivated him ever since. Allowed over the next few years to photograph them and tape record their stories, songs and music, he realized he had fallen into the deep pool of a hidden Irish culture, a culture for so long overlooked and disregarded. Like the poor migrant farmers of the America depression, the Travellers he met were poor, white and dispossessed.

As he graphically describes the people and the scenes that become subjects for his camera, MacWeeney gives us a very moving account of the nomadic lives of Irish Travellers and their struggle to hold on to a unique way of life against the pressures, not just of growing poverty (as less and less use is made of their traditional trades) but also of general prejudice, including that of State officialdom, against their traditional wish to live “on the road” rather than become part of urbanized “settled” communities.

MacWeeney introduces us to a number of Traveller families, often with a very strong powerful character – not always the man – at the head. His verbal pictures of these people and their lives, mirroring his photographs, are shot through with pathos and humour. While MacWeeney is not afraid to show the rougher, bleaker side of these people’s lives, he is never condescending or disrespectful. As he says in his conclusion, their friendship was more significant to him than any other he had known, giving him his first adult experience of a life outside the confines of his own upbringing. He ends his Introduction with a heart-warming awareness that in return for what the Travellers gave him, he had become in some way important to their lives, sharing with them the wish to carry something of them to the outside world. 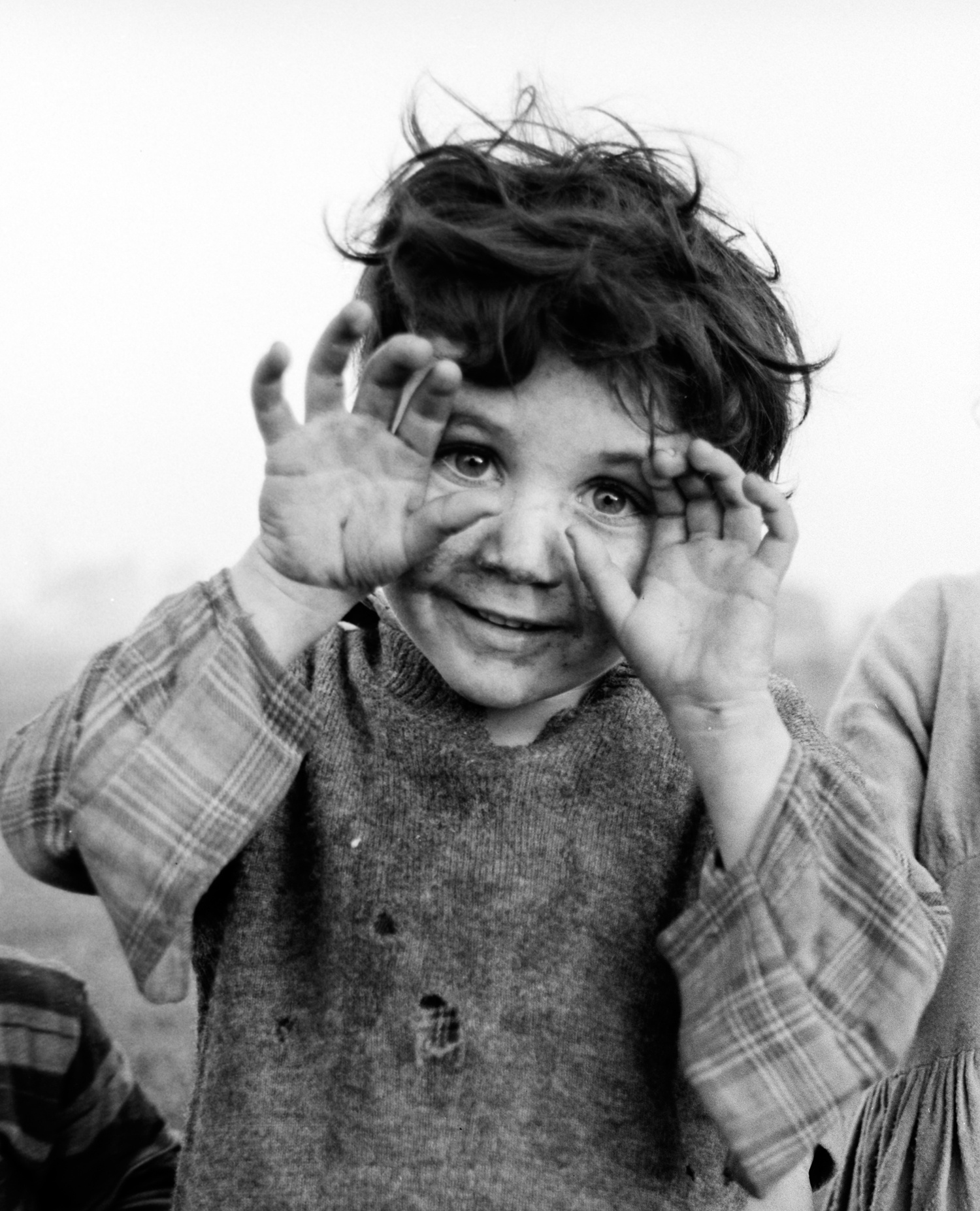