IE BL/L/GBS is original correspondence by George Bernard Shaw held in the Boole Library, UCC. The collection was acquired at Mealy’s Auctioneers, Castlecomer, Co. Kilkenny in 2005.

Biographical History: George Bernard Shaw was born in 1856 at 33 Synge Street, Dublin. He was a novelist and playright. Shaw received the Nobel Prize for Literature in 1925 after the success of his play Saint Joan, and the Academy Award for Best Screenplay for Pygmalion in 1938, later made into the musical My Fair Lady (1956). He left a third of his royalties to the National Gallery of Ireland. He died at Ayot St. Lawrence, Hertfordshire, England, on November 2, 1950.

The correspondence (mss and tss) relate to a proposal by “The Daily Herald” to publish a special edition of George Bernard Shaw’s plays, George Bernard Shaw’s Collected Plays, Oldham Press, London, 1934, regarding the terms of the contract and printing, etc. There is additional information on the subject from a memoir from H. Douglas Thompson (Editor), “The Daily Herald”. 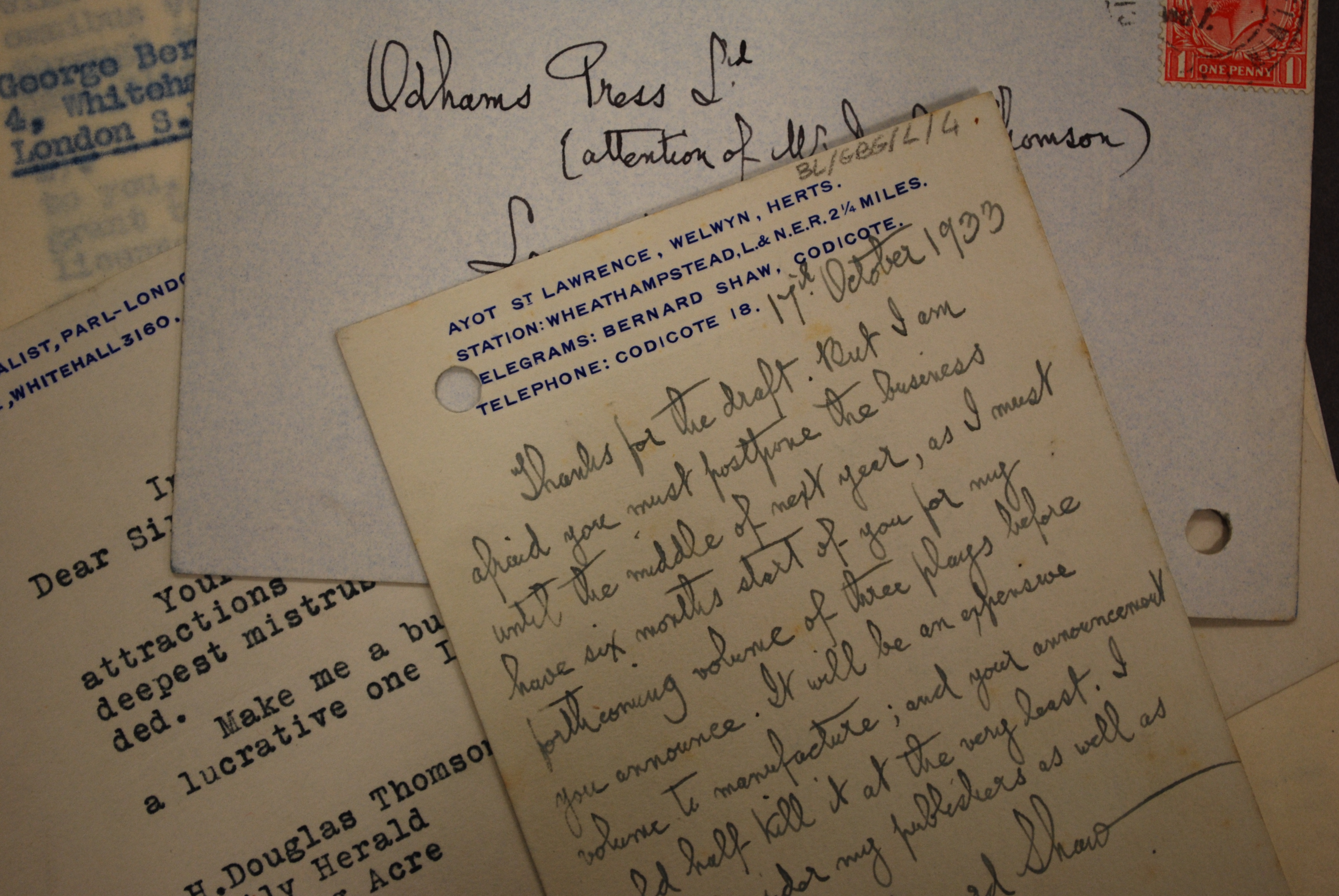