On 8 December 1864 Boole died prematurely at his home in Ballintemple, Co. Cork aged only 49. He died of an attack of fever, ending in effusion on the lungs. He is buried in Blackrock, a suburb of Cork.

Sir Geoffrey Ingram Taylor OM FRS FRSE (7 March 1886 – 27 June 1975) was an English physicist and mathematician, and a major figure in fluid dynamics and wave theory. He was a Fellow of the Royal Society. His mother was Margaret Boole Taylor, the second daughter of George and Mary (Everest) Boole. Further information can be found at https://en.wikipedia.org/wiki/G._I._Taylor

Carmelita Hinton (née Chase, April 20, 1890 - January 16, 1983) was an American progressive educator. She is best known as the founder in 1935 of The Putney School, a progressive boarding school in Vermont. She married Sebastian Hinton in [1917], who was the youngest son of Charles Howard Hinton and Mary Ellen Boole, eldest daughter of George and Mary (Everest) Boole. Further information can be found at https://en.wikipedia.org/wiki/Carmelita_Hinton

The George Boole ancillary collection is listed in order of acquisition. It includes a file on plans by the Royal Irish Academy, Dublin, to commemorate the 100 year anniversary of the publication of Boole’s The Laws of Thought (published in 1854), original letters written by and to George Boole, and a handwritten letter to Carmelita Hinton from Sir Geoffrey Ingram Taylor informing her about the death of his mother Margaret Boole Taylor, the second daughter of George and Mary (Everest) Boole.

For some descriptions you will notice 'see also' reference numbers - this refers to related material in either The Papers of George Boole (BP/1) or this ancillary collection.

An Investigation into the laws of thought: on which are founded the mathematical theories of logic and probabilities by George Boole, (1854), Special Collections, UCC Library. A turning the pages editions of The Laws of Though are available here. This was created during George Boole 200*.

Copyright: UCC Library. For use of RIA material (BP/1/A/1) in publications prior approval from The Royal Irish Academy is required. Contact info@ria.ie 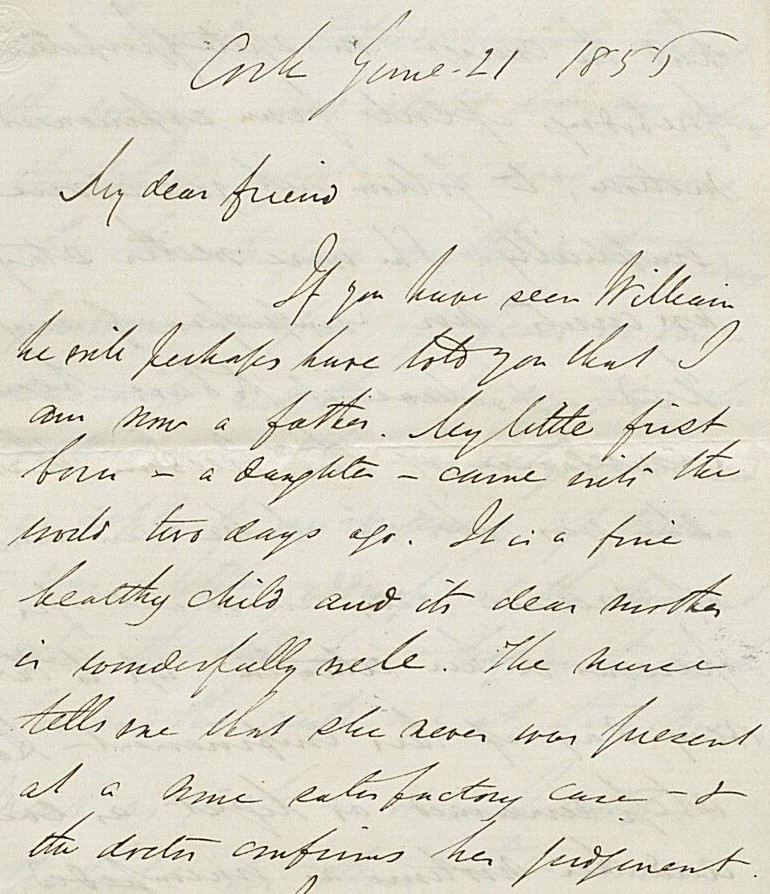