On 8 December 1864 Boole died prematurely at his home in Ballintemple, Co. Cork aged only 49. Hhe died of an attack of fever, ending in effusion on the lungs. He is buried in Blackrock, a suburb of Cork. 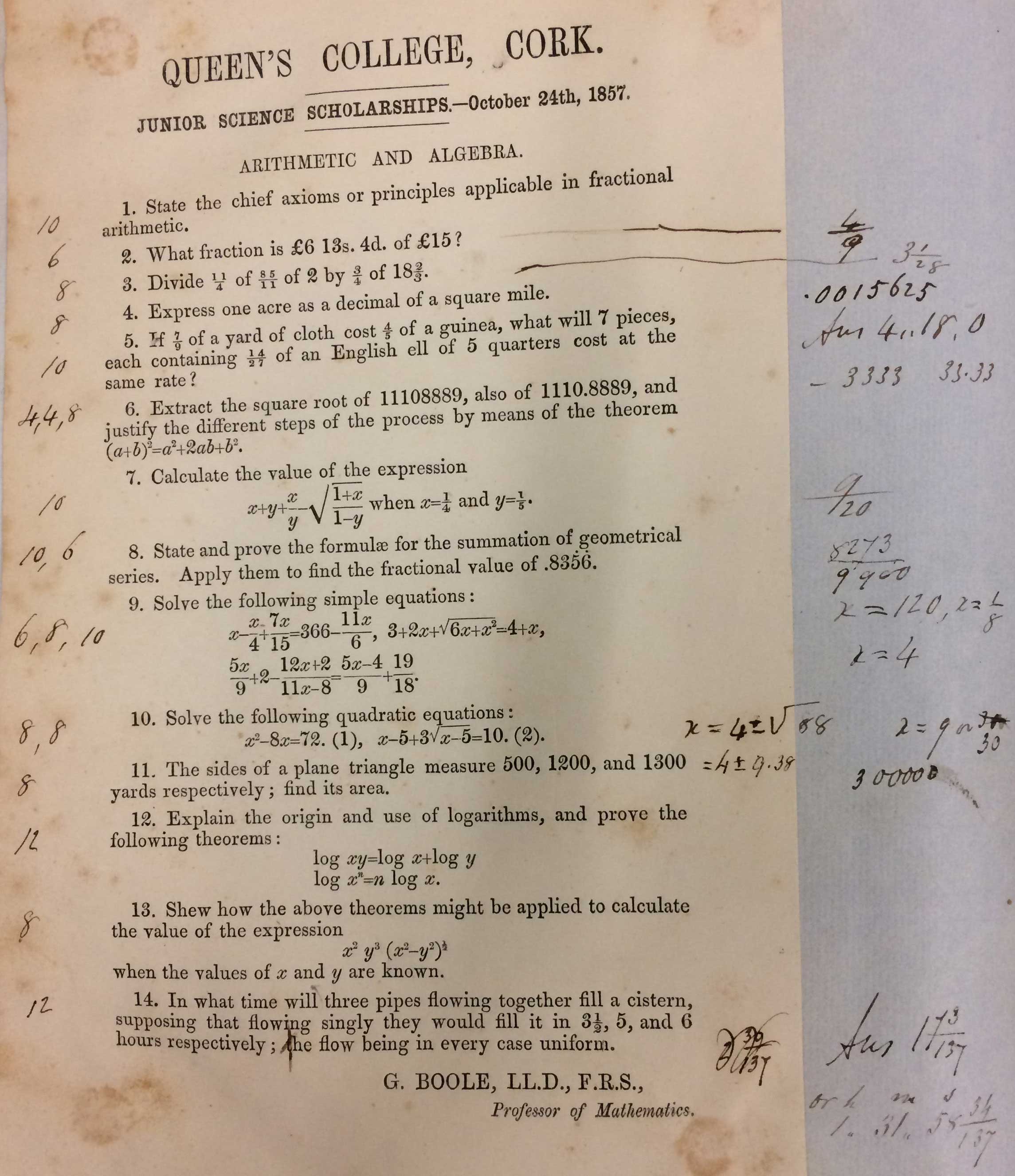