IE BL/EP/PF are the Penrose FitzGerald Papers held in UCC Library. This archival collection was acquired for UCC from Mr. Cal Hyland by Helen Davis, then Assistant Librarian for Special Collections, for UCC in 1998 and deposited in the Library.

The Papers relate to the administration of the Penrose FitzGerald estate at Corkbeg, in the Barony of Imokilly, Co. Cork.

In 1667 Garrett Fitzgerald was granted the castle, town and lands of Kilcorkbegg alias Corkbeg with other lands in the barony of Imokilly, county Cork. Robert Fitzgerald of Lisquinlan and Corkbeg, county Cork, settled his Corkbeg estate by deed dated 30 April 1715 and his Lisquinlan estate by his will dated 10 June 1718 on his grandnephew, Robert Uniacke, son of Thomas Uniacke, MP. Robert assumed the name of Fitzgerald and married Frances Judkin of Greenhills, county Tipperary as his first wife. They had two sons, the younger of whom became Sir Thomas Fitzgerald Judkin of Lisheen, county Tipperary in 1801. The elder son, Robert Uniacke Fitzgerald of Lisquinlan and Corkbeg, had one son, Robert Uniacke Fitzgerald, who married Gertrude, daughter of Thomas Lyon of Watercastle, Queen's County (Laois) and of Mount Blakeney but they had no children. Mrs Fitzgerald owned an estate in the parish of Kilbreedy Minor, barony of Coshma, county Limerick at the time of Griffith's Valuation. In 1794, R.U. Fitzgerald's eldest sister, Louisa, married James Penrose of Woodhill, county Cork. Their daughter, Anne Penrose, married Thomas Stewart and came to possess the Mount Blakeney estate and their son, Robert Uniacke Penrose-Fitzgerald, held land at the time of Griffith's Valuation in the parishes of Castlemagner, barony of Duhallow and Buttevant, barony of Orrery and Kilmore but the bulk of his estate was in the barony of Imokilly where he held land in at least seven parishes. In May 1852, 1,770 acres in the baronies of Barrymore, Orrery and Kilmore, Fermoy, Duhallow and Imokilly, county Cork, the estate of Robert Uniacke Penrose Fitzgerald was advertised for sale. In the 1870s his son, Robert U.Penrose Fitzgerald of Corkbeg, Whitegate, owned 5,307 acres in county Cork and 764 acres in Queen's County (Laois). In 1896 Robert U.P. Fitzgerald was created a baronet.

This collection consists of only 5 items – two notebooks, one ledger, one file of material, and family tree information. No arrangement was attempted. Items are listed in date order and in the case of BL/EP/PF/3, alphabetically. 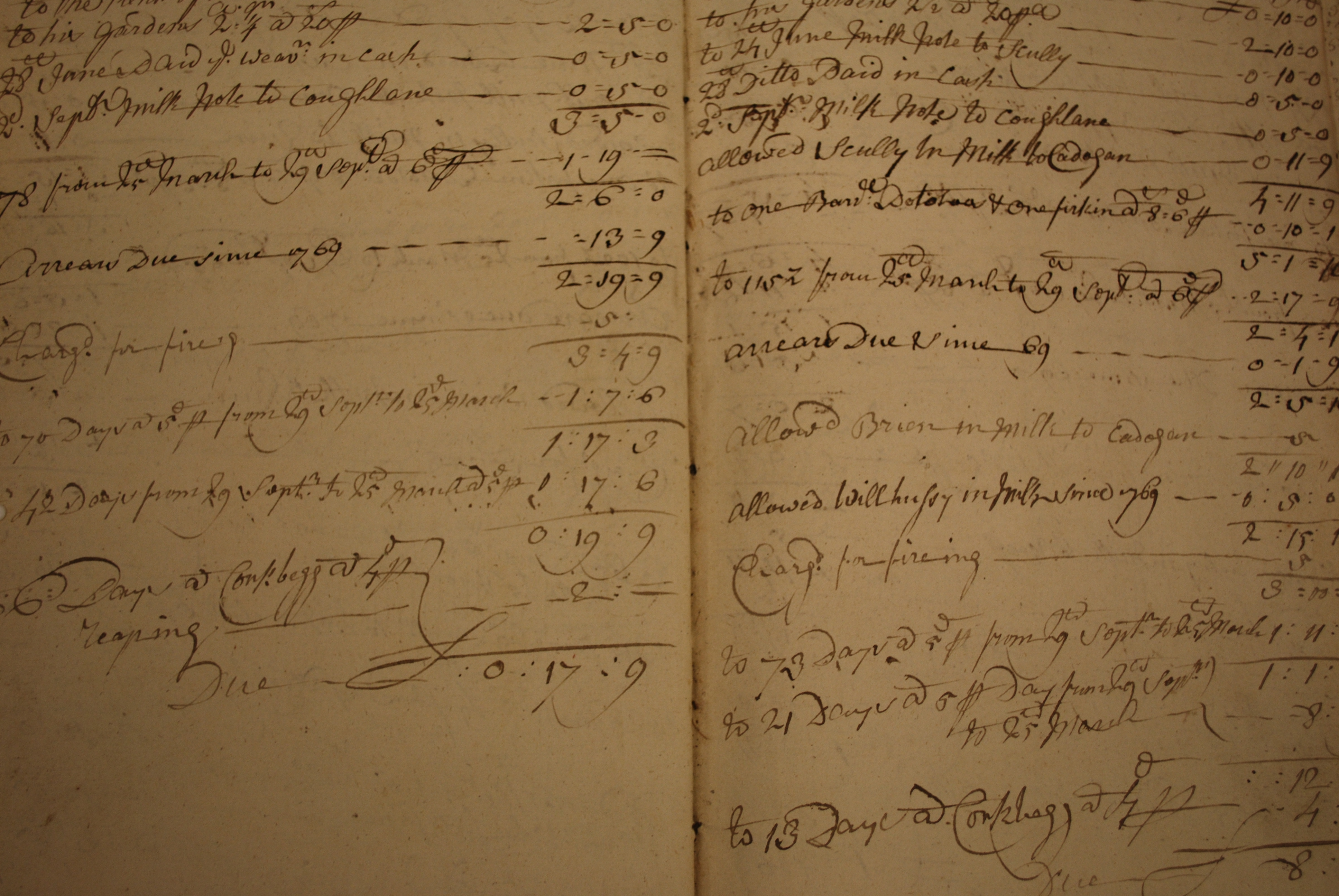 Excerpt from the Penrose FitzGerald Papers