IE/BL/PP/SB is the Sullivan Barry Collection held in UCC Library and donated by John and Patricia Barry in 2013.

Biographical History: These papers are named after the Sullivan and Barry families who wrote and received the documents preserved in the collection. They relate to the late nineteenth-century experience of emigration among Sullivan siblings and cousins, Mary Barry and Mary Conway. Though the amount of direct information about the extended family is limited, the father of the two main correspondents, Denis and Hanorah Sullivan, was widowed before their departure.

These papers consist of twenty-four letters and three miscellaneous items. The collection is listed in date order. The letters were written in the United States of America by Denis Sullivan (10 letters); Hanorah Sullivan (6); Mary Barry (2); Annie Sullivan (1); Nora Sullivan (1); Mary Conway (1); and Jeremiah Sullivan (1). The remaining two letters are unsigned. The three miscellaneous items – a receipt, a list of accounts and a prescription – were written in Ireland. The subject matter of the correspondence relates to economic and social history. Topics include emigration, employment in east coast and mid-west of the United States, Irish emigrant community, economic conditions for women and men, wages, severe weather, travel, religious belief, clothing, diet, agriculture, and literacy. The correspondents often comment on the considerable gaps of time between their letters. Within the Sullivan family, the spelling of different forenames is frequently similar. When quoting from specific letters, the descriptive list retains the colloquial spellings and changes to the wording as shown in the original document. 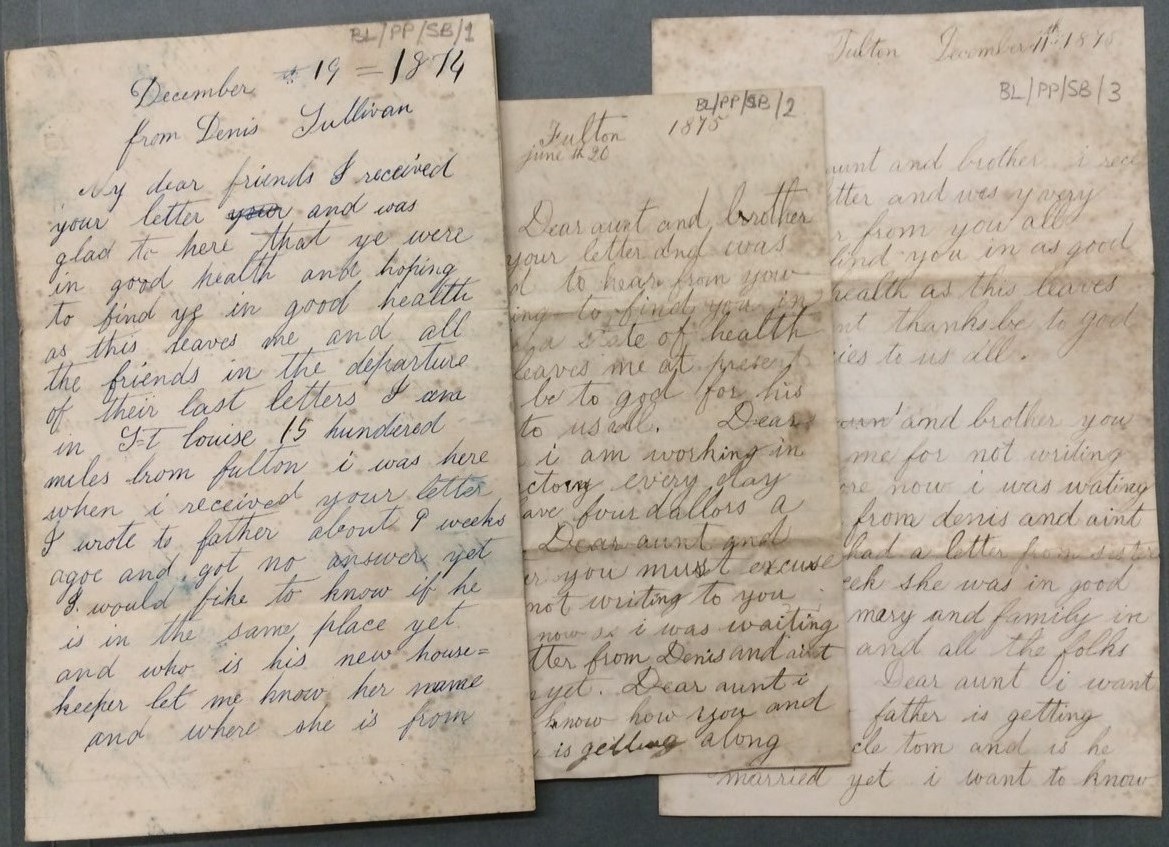