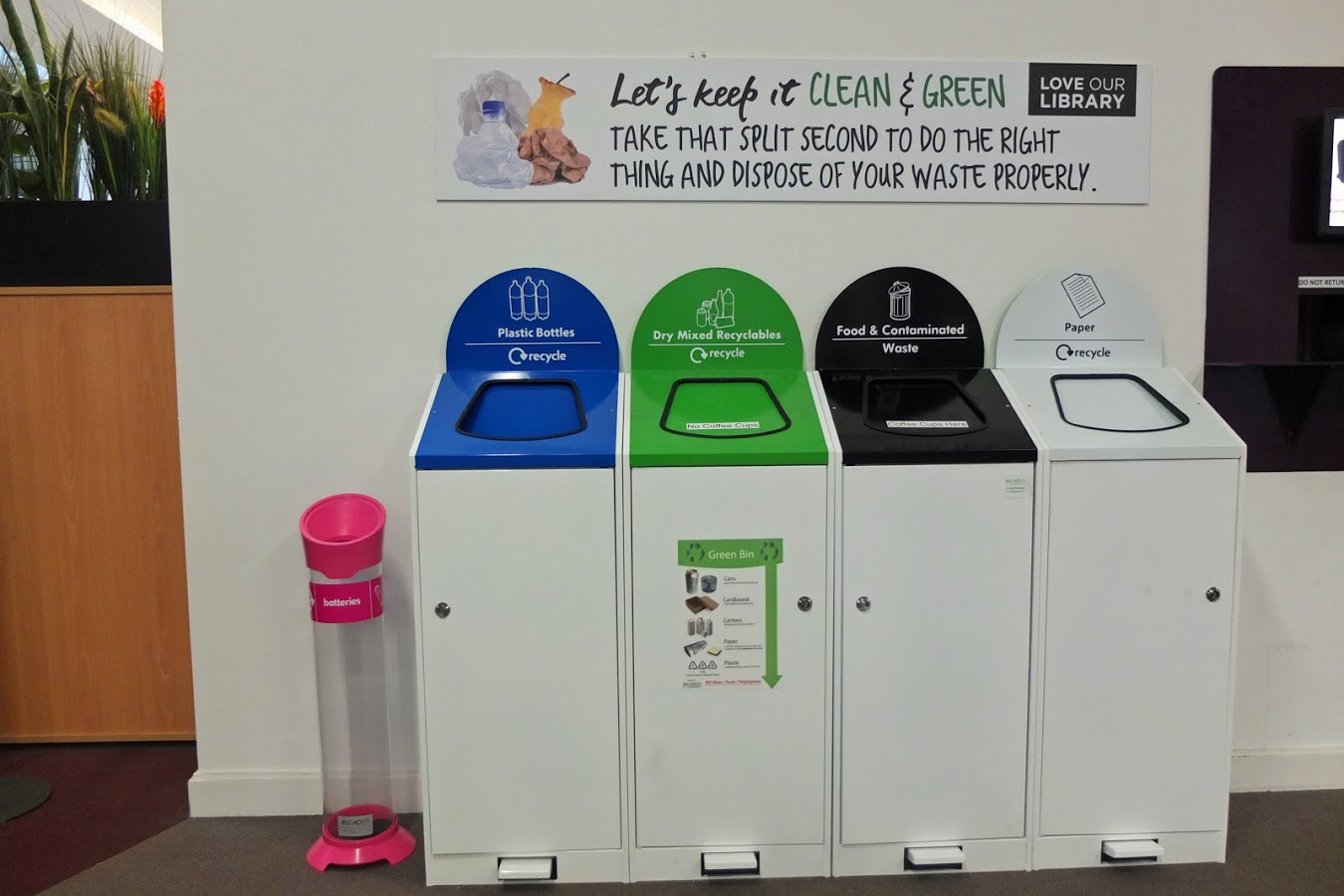 Compost the Compostables and recycle those crisp packets! ​ 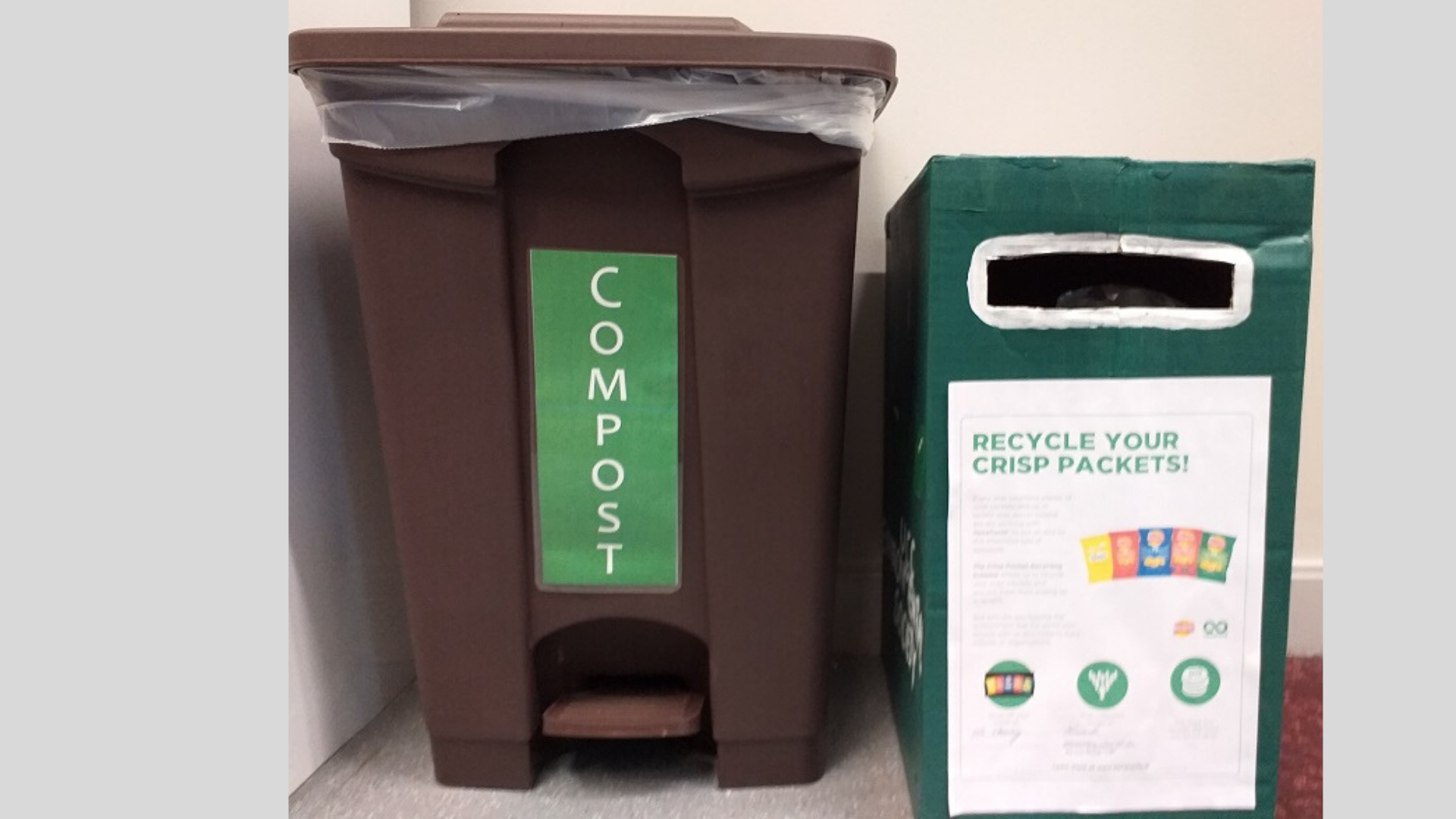 Results show that recycling levels have increased significantly - from negligible to >700% !

In addition, through centralised waste disposal, we estimate that 10,000 plastic bin liners will be saved every year. 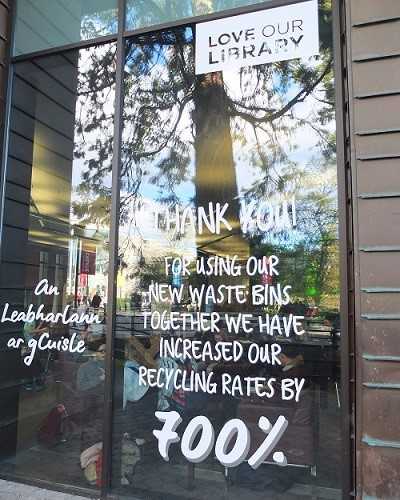 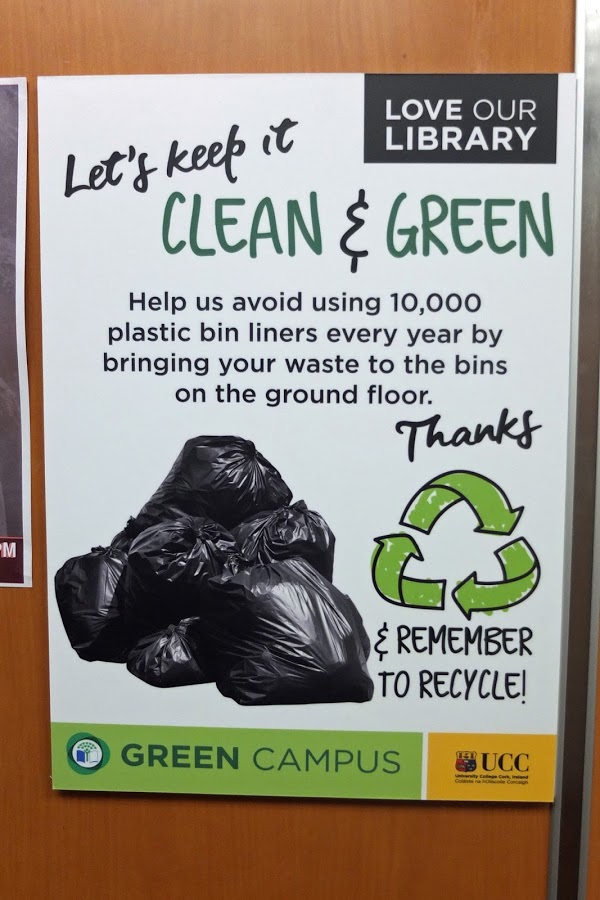 Smoking outside the entrance to the Boole Library had been common practice and the effects of this became a major issue for students using the nearby Quad Reading Room, as smoke was wafting in.

Discouraging people from smoking outside the door was the starting point of the Love Our Library campaign.

If the response was positive and this initial campaign was a success, then we would be more confident rolling out the broader campaign, knowing that students generally wanted to "do the right thing.”

A trial “You smoke, I smoke” campaign was run in May 2017 to deter people from smoking at the entrance to the library.

In order to encourage people to smoke at a distance from the Library entrance, we moved the two litter bins that had been located at the doors.

The campaign, run under the theme of “Love our Library”, used signage at the entrance to the library, with a simple polite message, asking people not to smoke at the building entrance. 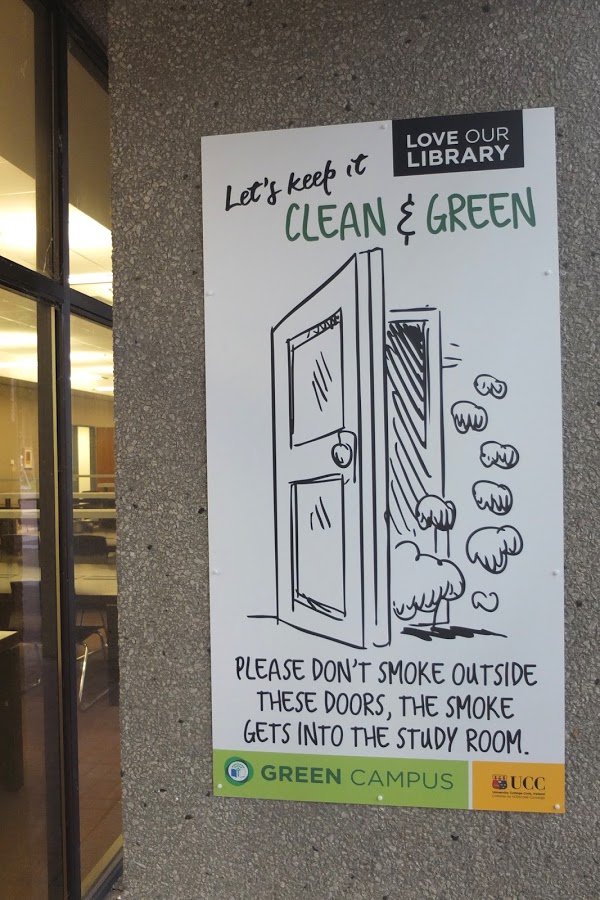 People generally heeded the signs and moved away from this area to smoke. 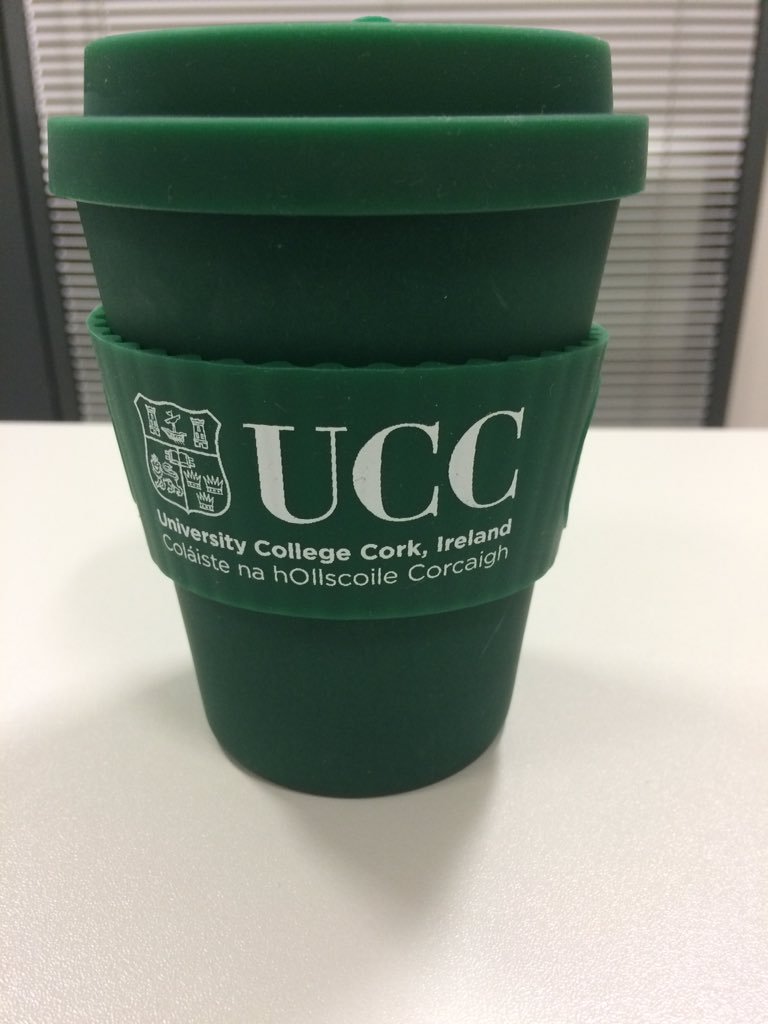 In an effort to reduce the amount of waste generated in the Library, building users are only permitted to bring in reusable travel cups into the Boole Library.

Waste & Recycling Before the Campaign

The team, in collaboration with ISS Cleaning Contractors for UCC, conducted an audit of waste collection in the Boole Library. The results showed that:

We had over 167 small bins across the Library, each with a plastic bag, that cleaning staff had to empty daily and sometimes a number of times a day.

Each bin had a high level of contamination, so our recycling rate was in the low 5% -10% range and effectively zero during semester. One of the biggest sources of contamination was liquid from unfinished coffee cups.

We held information sessions and training days for staff and students to help them in the correct use of these new facilities.

The Plastic Wave was created and built by artist and colleague, William Ruane, along with members of the Green Energy committee, using the bottles collected by cleaning staff over the course of about 8 days, early in 2018. 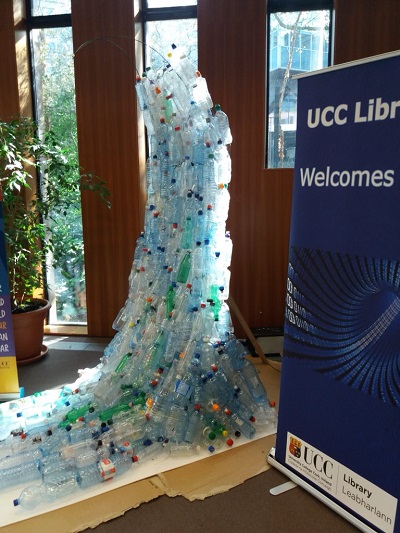 In support of the Sick of Plastic Campaign, run by Friends of the Earth, it helped to raise awareness of the ridiculous amount of single-use plastic we discard on a daily basis.

Up to 200 UCC students signed a Waste Reduction Bill to mark the national Sick of Plastic Day of Action on campus on 20 April.

Library staff teamed up with UCC Green Campus to organise the bill-signing event ahead of the ‘shop and drop’ Plastic Day of Action which happened on Saturday 21 April and we gave out free coffee and tea on the day to anyone with a travel mug.

The wave was dismantled in September and all plastic bottles were recycled.