A herbal is a book containing the names and descriptions of plants and are often illustrated to assist with plant identification. A herbal gives information on plants' medicinal, culinary, toxic, hallucinatory, aromatic or magical powers, and the legends associated with them. Herbals were among the first books produced as medical knowledge was gathered by herbalists, apothecaries and physicians. However from the late seventeenth century onwards with the rise of modern sciences (chemistry, toxicology, pharmacology and surgery) the medicinal value of the herbal decreased.

John Gerard and William Salmon (1644–1713) are some of the best known English herablists. Salmon's Botanologia: The English Herbal (1710 - 1711) was later recalled as ‘the swan song of the great English herbalists.’

For a discussion of Irish, English and Manx plant names used in K'Eogh's Botanolagia read N. J. A. William's "A Note on John K'Eogh's 'Herbal.'"

John K'Eogh (c.1681–1754) was a clergyman and naturalist, and was born in Strokestown and educated by his father prior to attending Trinity in 1705. He was chaplain to the 4th Baron Kingston at Mitchelstown Castle. The Botanalogia is an alphabetical list of plants growing in Ireland, with their names given in English, Latin, and Irish. It describes the plants' medicinal properties and was based mainly on the plants grown in Kingston's garden. The work is of historical value as evidence of the plants which were cultivated at that time, which include orange and lemon trees grown in what was a very early greenhouse. The Botanalogia remained for many years as one of the standard reference works on the flora of this island. John K'Eogh's Botanalogia Universalis Hibernica is listed in the Queen's College Cork catalogue of 1860.

Credit: K'Eogh, John. Botanalogia universalis Hibernica, or, A general Irish herbal calculated for this kingdom : giving an account of the herbs, shrubs, and trees, naturally produced therein, in English, Irish, and Latin. Corke: Printed and sold by George Harrison at the corner of Meeting house Lane, 1735.

John Gerard (c.1545 – 1612) was an English herbalist and botanist. His Herball, or Generall Historie of Plantes was first published in 1597 and it was the most widely circulated botany book in English in the seventeenth century. The book is profusely illustrated with high-quality drawings of plants, with the printer's woodcuts for the drawings largely coming from continental European sources.

UCC Library’s copy of Herball, or Generall Historie of Plantes is a 2nd edition and it has been very much enlarged and amended by Thomas Johnson. It totals some 1700 pages. It includes indexes of the various plants and medicines although there is some duplication of pages and plants. 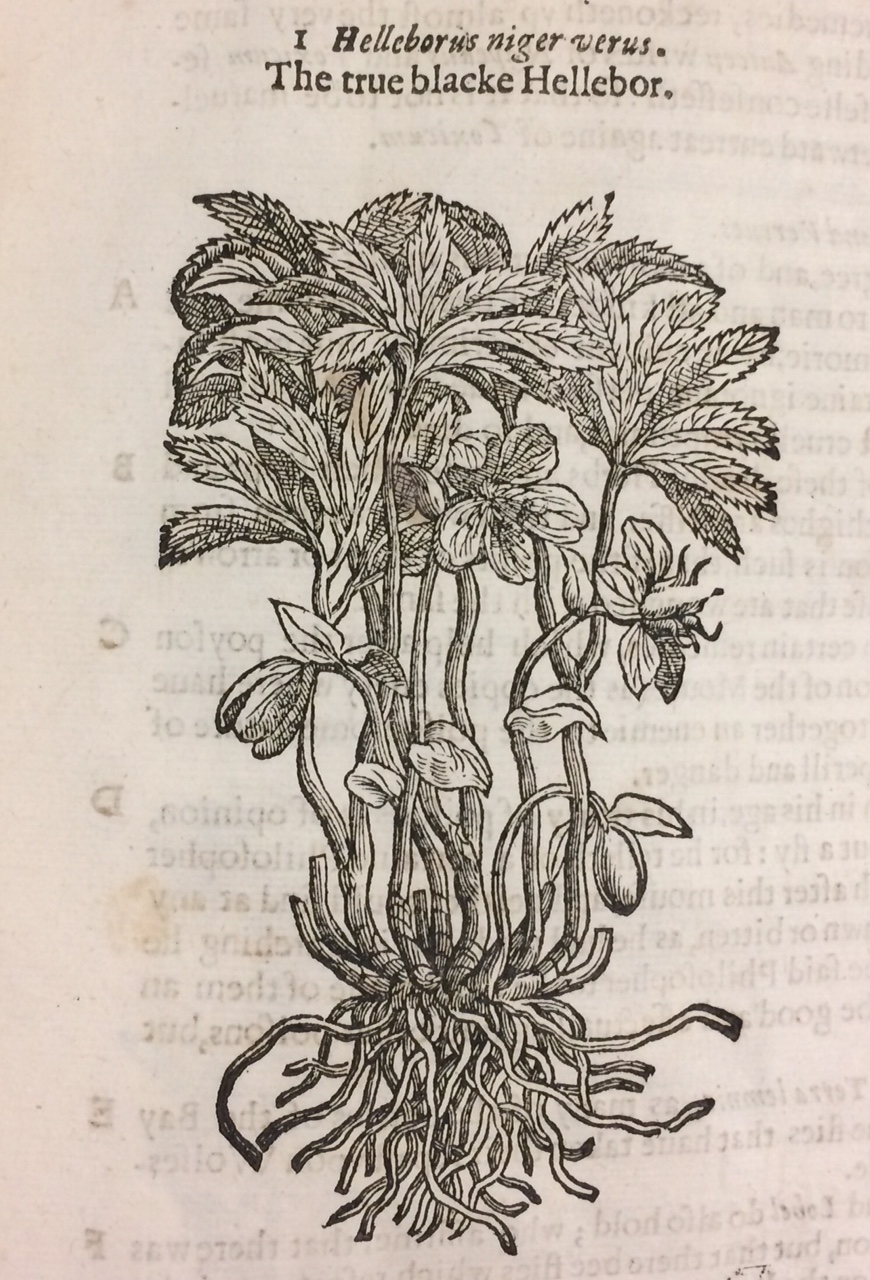 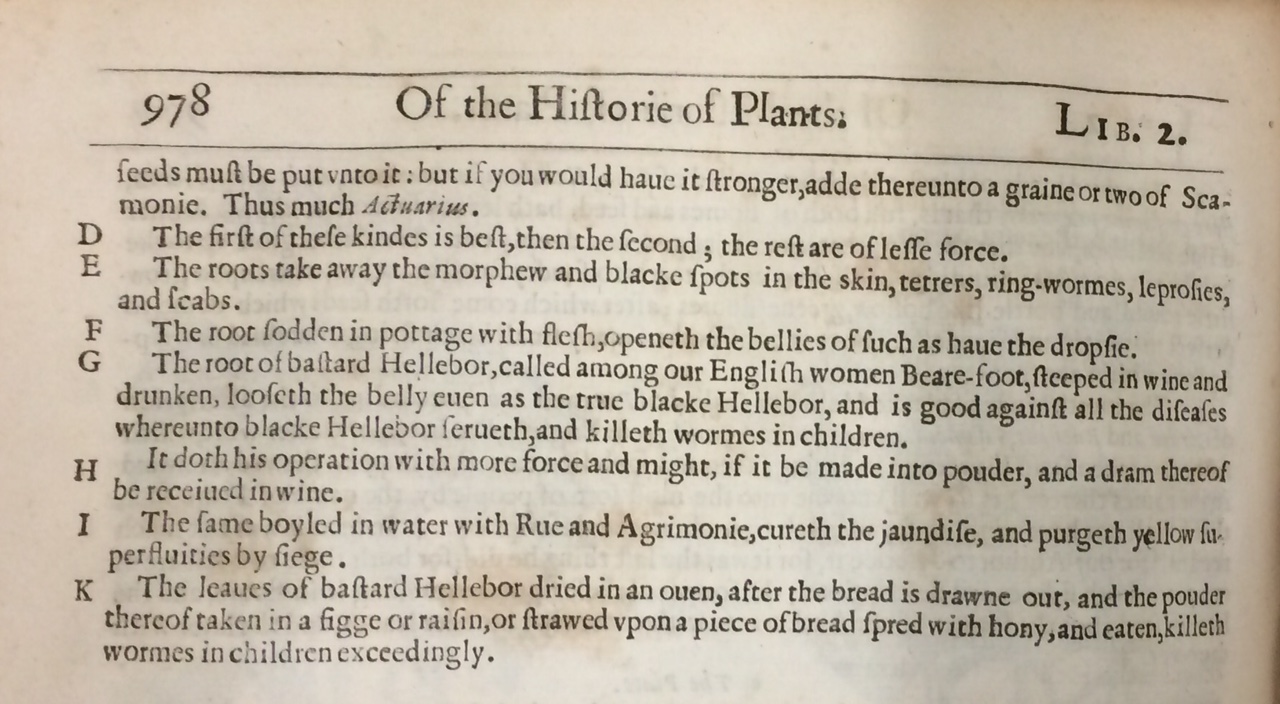