In Harry Potter Fawkes is Dumbledore's phoenix and he is incredibly loyal to Dumbledore.

Herodotus, Pliny the Elder and Dante have contributed to the telling and retelling of the phoenix legend. There is no consensus on its appearance except that it is bright and colourful. A phoenix is a remarkable creature: 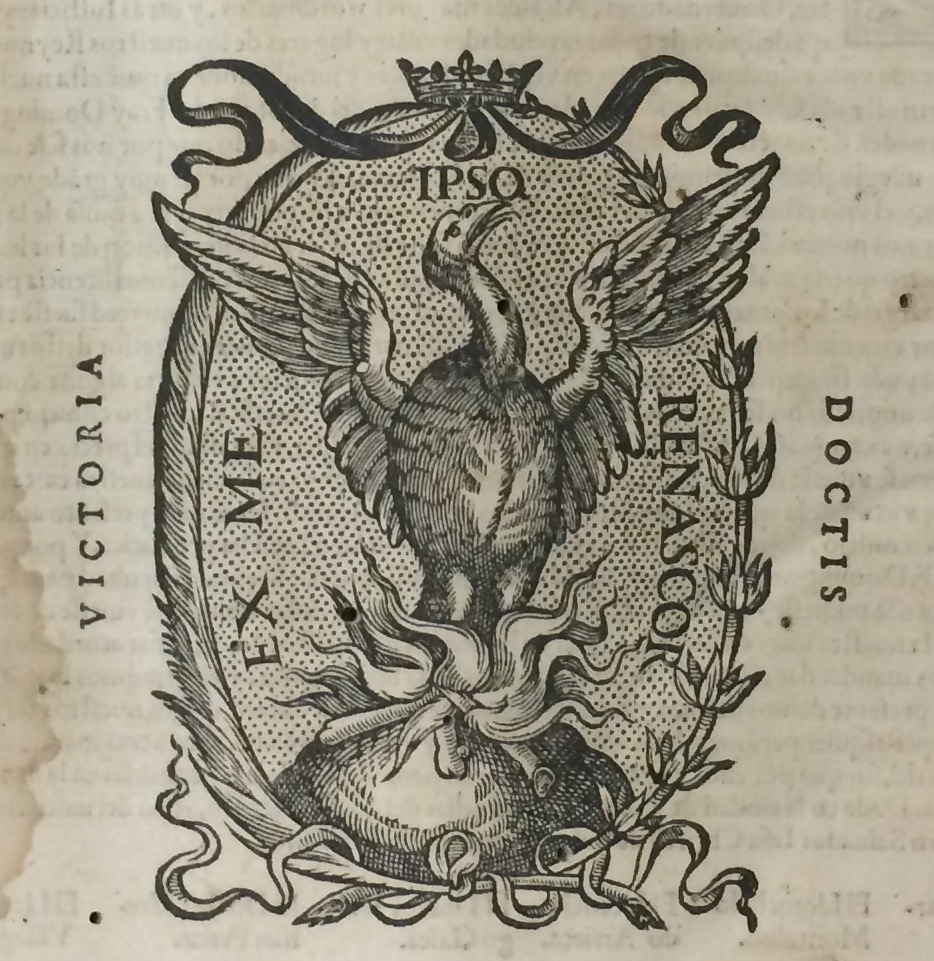 This phoenix appears on the title page of Commentariorum fratris Dominici Soto Segoviensis as the printer's device. A printer's device was a symbol used by printers as a trademark from the fifteenth century onwards.

In Harry Potter and the Chamber of Secrets students at Hogwarts are petrified by a basilisk. How does this happen? A basilisk is a reptile and is known as 'king of the serpents.' It is created when hatched by a cockerel from the egg of a serpent or toad. In the medieval period it acquired some of the characteristics of a cockerel such as feathers. Basilisks have the power to cause death at a single glance. It is fortunate that Hermione Granger, Colin Creevey and Justin Finch-Fletchley all saw a basilisk indirectly. However it was by looking at a basilisk directly that Myrtle died and became the ghost known as 'Moaning Myrtle.' In Harry Potter basilisk poison is one of the few things that can destroy horcruxes. 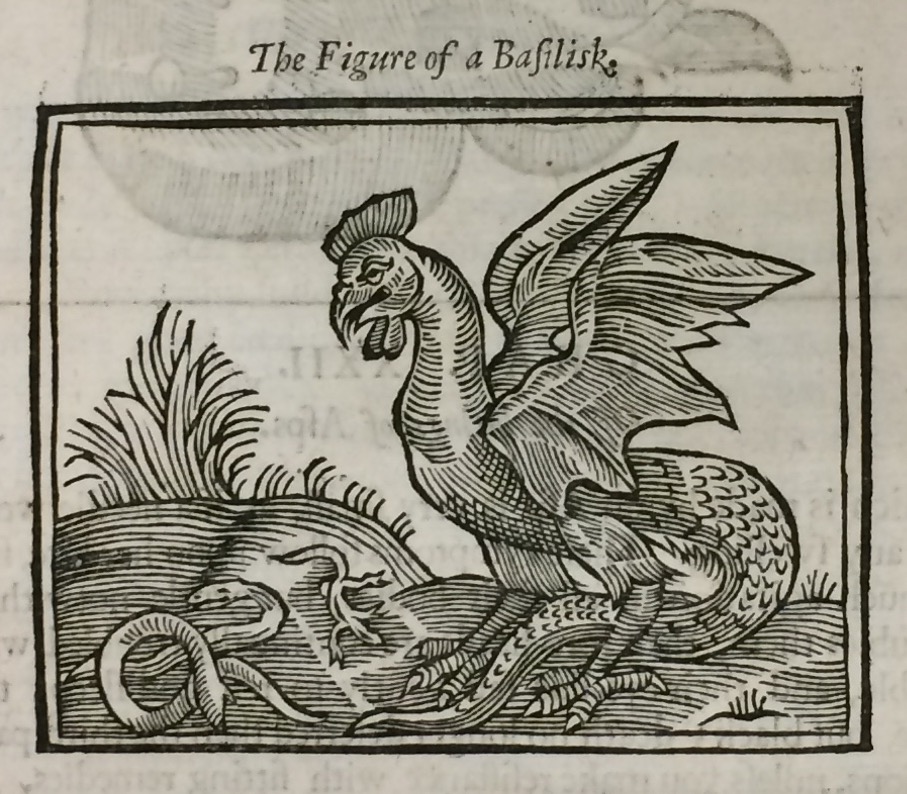 This basilisk is featured in Ambrose Pare's Works. The image on the reverse side of the page can also be seen: it's another serpent!

Ambrose Pare (1510-1590) was a French surgeon to a number of French kings. He is considered the father of surgery and modern forensic pathology. He was a pioneer in surgical techniques not least battlefield wounds. Pare published throughout his lifetime and his collected works were first published in 1575. The first translation into English was in 1634 by Thomas Johnson (d.1644), he of Gerard's Herball.

Credit: The Works of that famous chirurgeon Ambrose Parey. Trans. Th. Johnson. London: Printed by Mary Clark and to be sold by John Clark, 1678.

Harry Potter has an owl 'Hedwig' which is bought for him by Hagrid before he starts at Hogwarts. Hedwig is a Snowy Owl which isn't native to Great Britain. 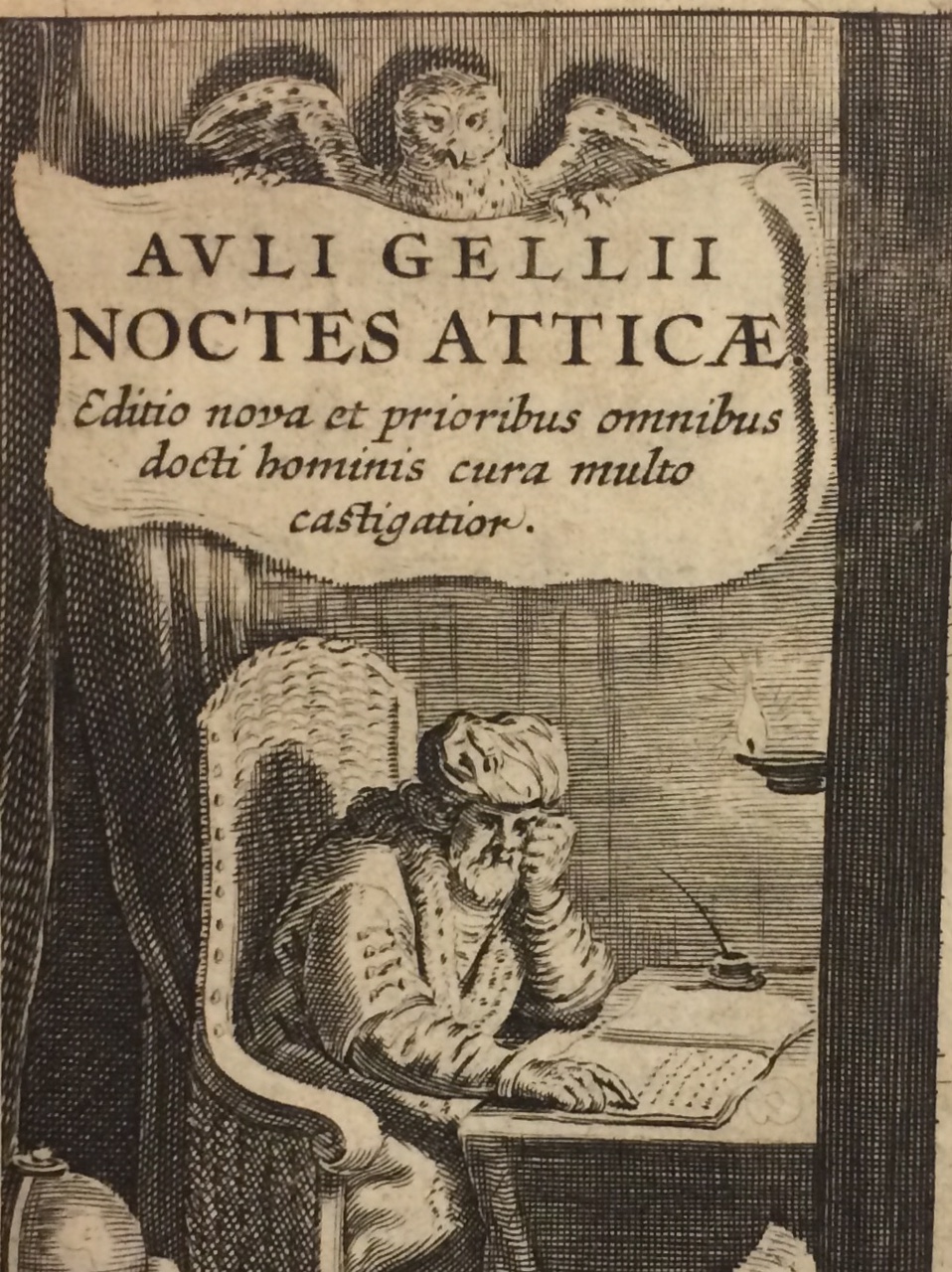 The illustrated engraved title page in Noctes Atticae (Attic Nights) shows the author with an owl.