Life on Land: Trees and Birds from the 17th to 21st Centuries: Introduction: Case 5: Art & Literature 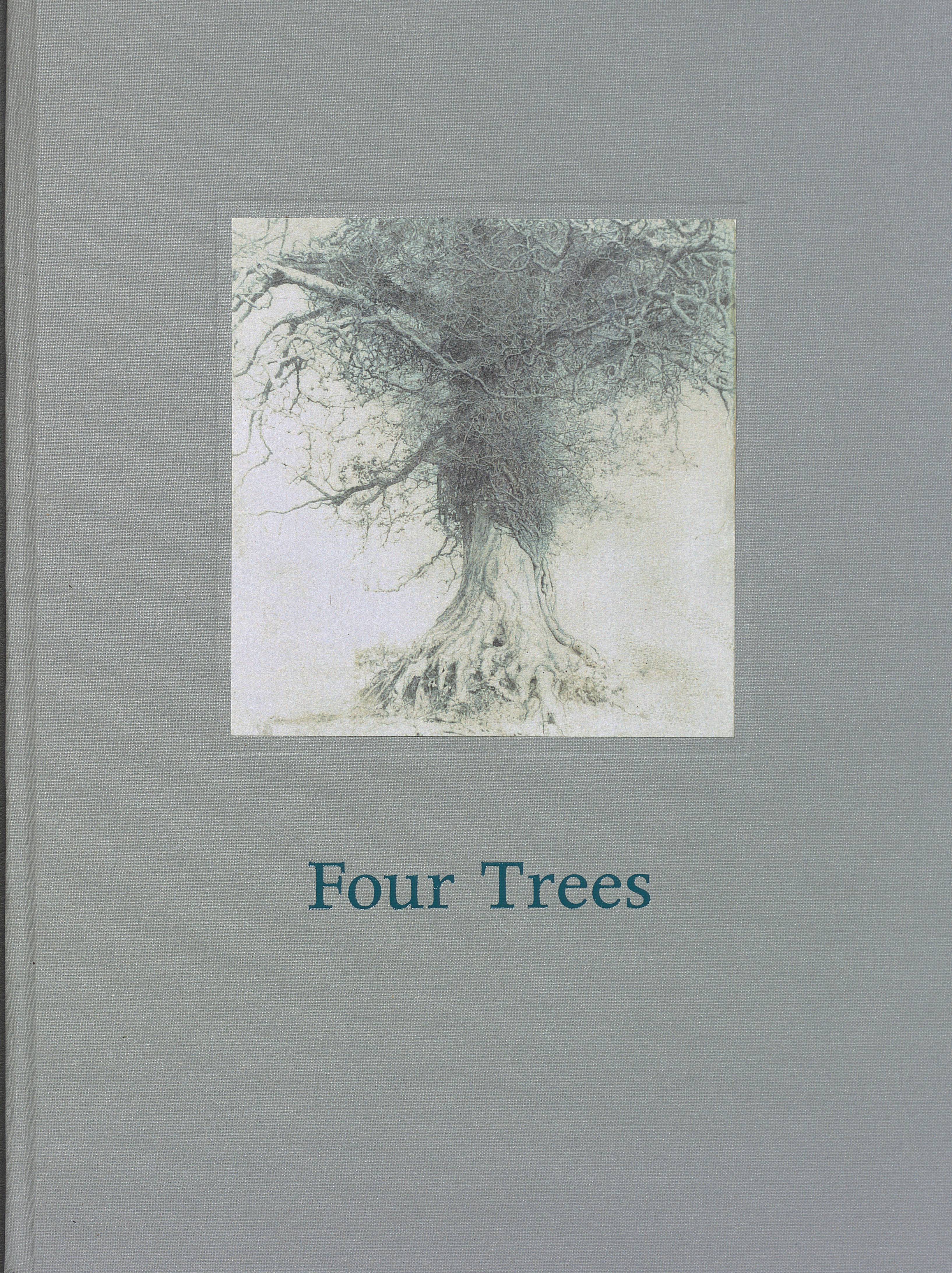 The Afterword to Four Trees notes "These four photographs in reproduction are taken from a handful of originals by Joan Roth made in the late nineteen nineties and early two thousands, most usually of the trees in the gardens of her house in Hymenstown, New Inn, in County Tipperary, Ireland. The two centerfold images are of eucalyptus trees in Elk, California, not native to her more temperate Ireland, but to her other home on the west coast of America. Before the digital copies of the images presented here, they were printed as silver nitrate gelatin prints on mould-made paper. Exposed lightly in the darkroom from the negative, more detail and darkness was then added by graphite pencil. 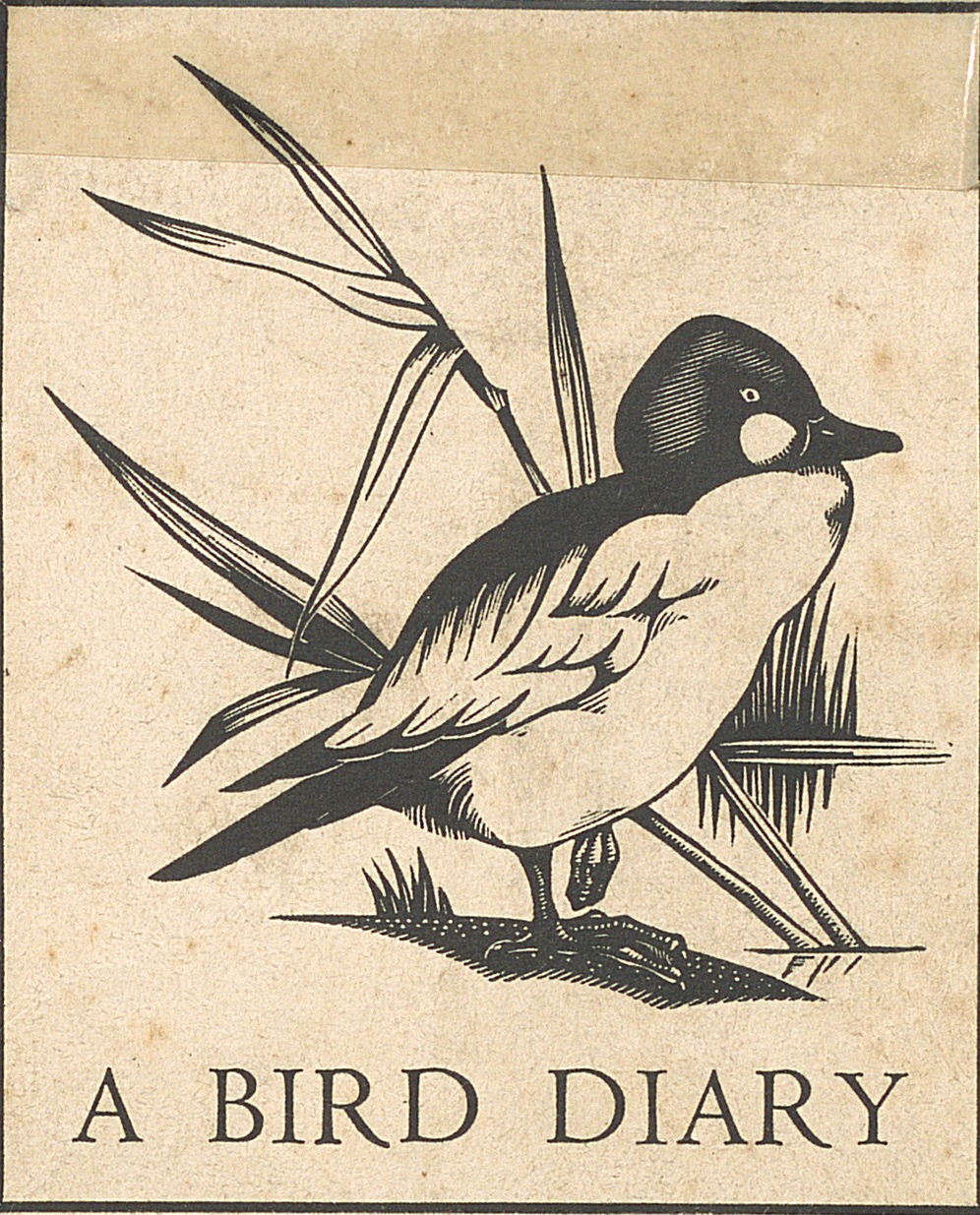 Robert Gibbings (1889-1958) was a former medical student of UCC, leaving in 1907 to pursue art. Gibbings is best known for his wood engravings and he is the founder of the Society of Wood Engravers. The earliest of his extant engravings is the bookplate he designed for UCC Library in 1914. The bookplate had the old version of the college arms and was surrounded by the motto 'Where Finbarr Taught Let Munster learn.' 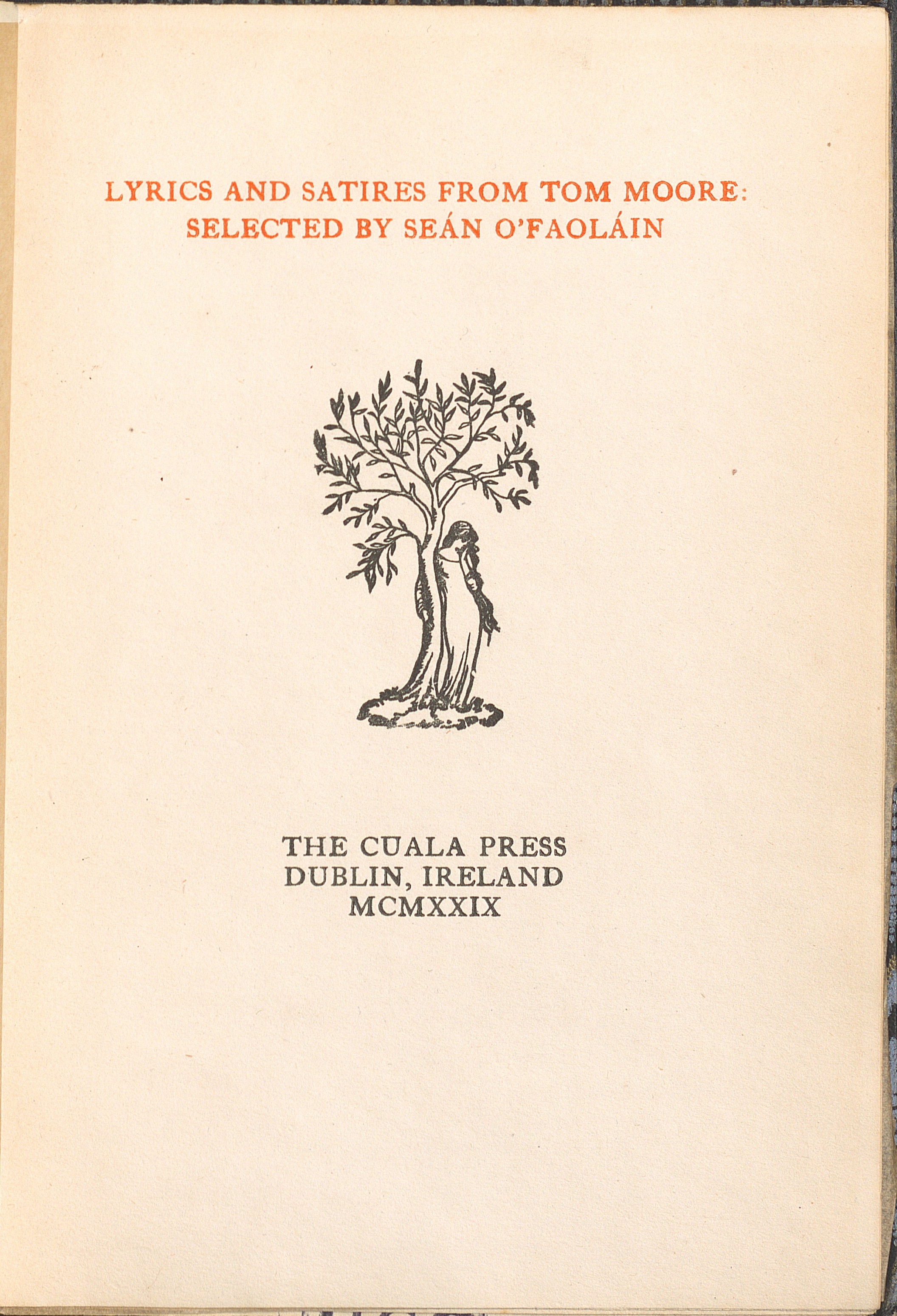 The Cuala Press (1908-late 1940s) was an Irish private press set up by Elizabeth Yeats and was originally known as Dun Emer Press (1902-1908). One of the images most associated with the Cuala Press is the Dun Emer pressmark of ‘Lady Emer and tree’. The pressmark was designed by Elinor Monsell and was first used in Katharine Tynan’s Twenty One Poems (1907). 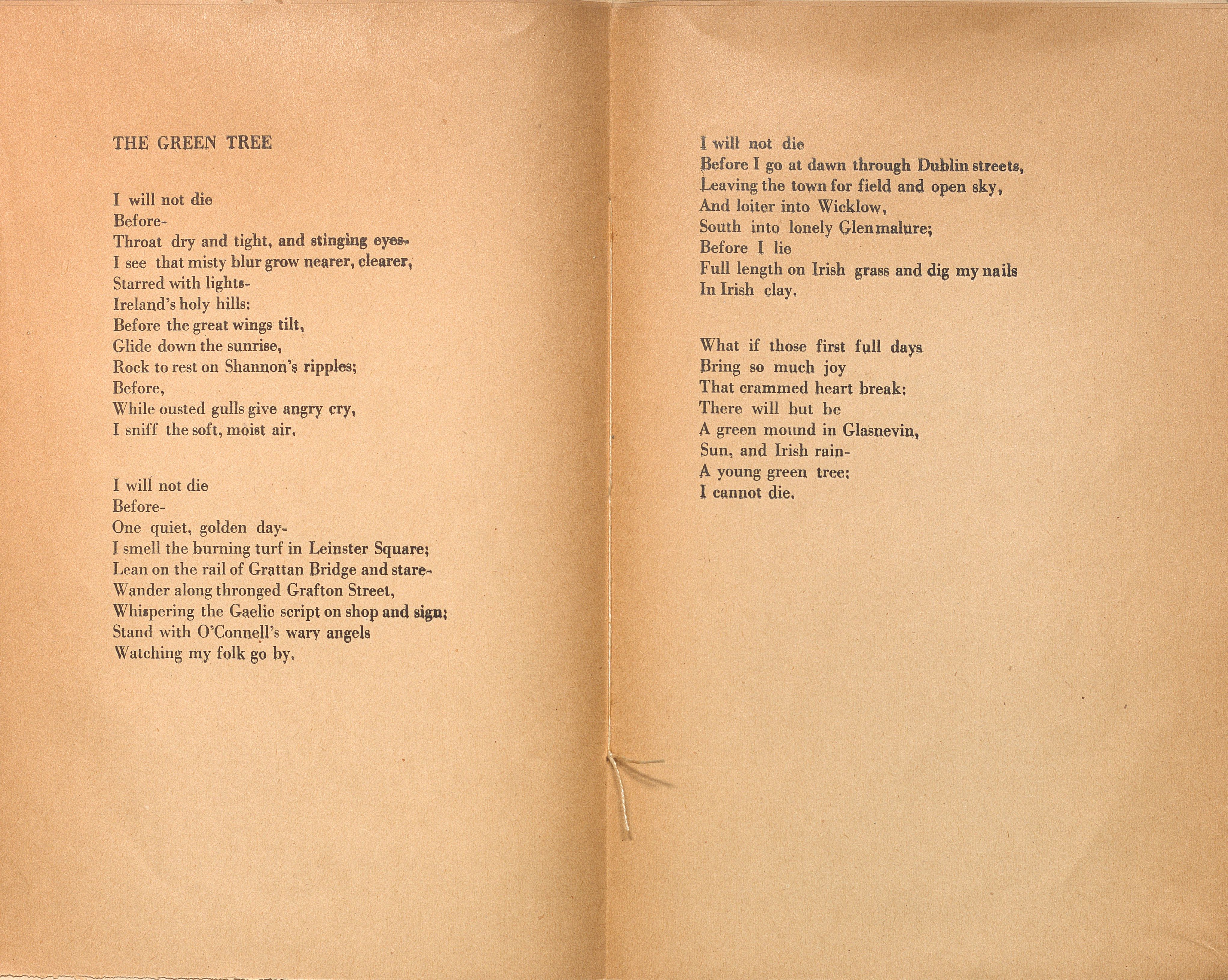 Padraig O Broin (1908-1967) was born in Clontarf and emigrated to Toronto with his family Dublin when he was 5. In 1932 he became interested in poetry after hearing a poem by W.B Yeats read at a meeting of the Scottish Society in Toronto in 1932. In 1933, he attended a meeting of the Canadian Literature Club and met its founder, Donald Graham French, an editor at McClelland and Stewart. With French, he began publishing a magazine, Writer’s Studio, where he also published his own poems and in 1939 he set up the Clontarf Press issuing broadsides and pamphlets of his own poems. From 1952-1954, he edited and produced, with Iain MacKay, a Gaelic magazine called Irisleabhar Ceilteach. In 1955, he began publishing his own Gaelic literary magazine, Teangadoir and from 1961 began pubilshing it in English. In 1957 he legally changed his name from J. Patrick Byrne to Padraig O Broin. From 1963-1965 he was editor of Canadian Poetry.

DARKLIGHT from Jamie Murphy on Vimeo.