Life on Land: Trees and Birds from the 17th to 21st Centuries: Introduction: Case 4: Research & Conservation 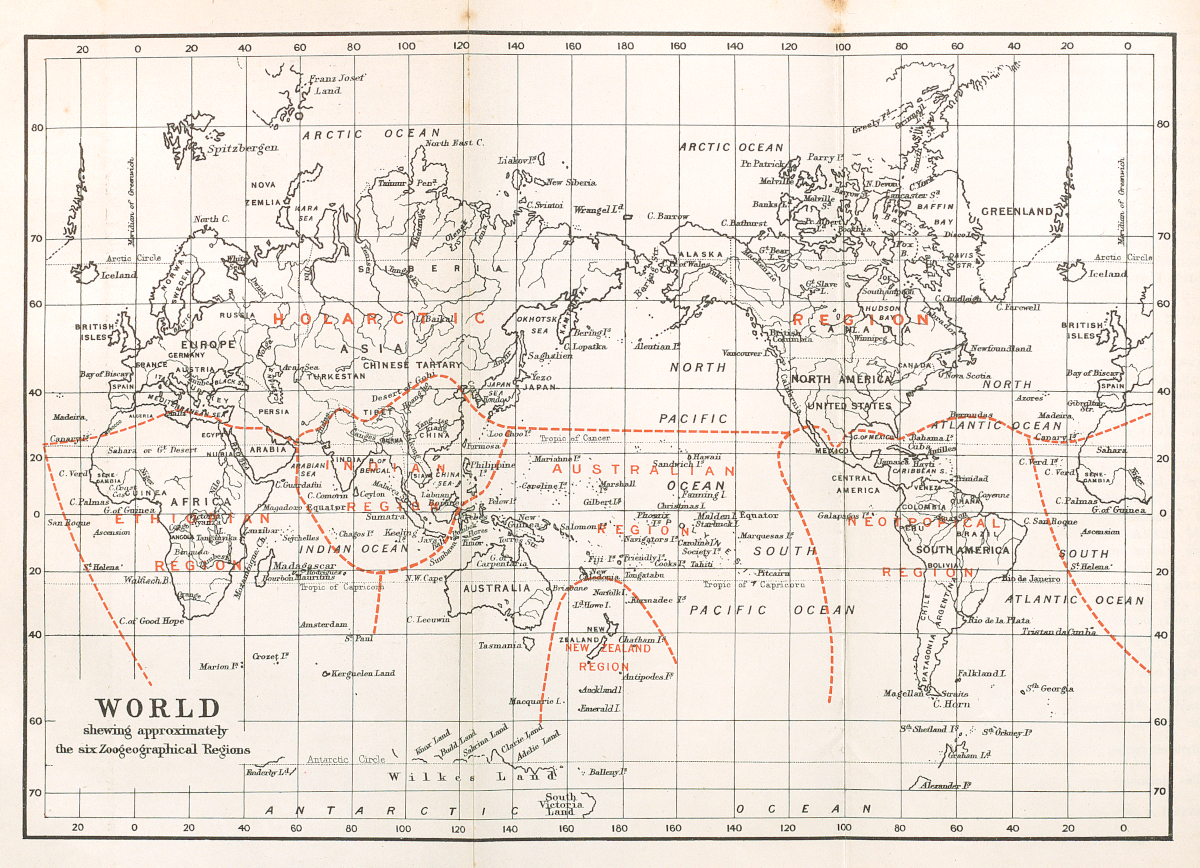 Alfred Newton (1829–1907) was an English zoologist and ornithologist. He played a leading role in founding the British Ornithologists' Union in 1858, one of the world’s oldest ornithological organisations. He edited the Union's journal Ibis from 1865 to 1870 and contributed entries on ornithology to various publications, including the Encyclopædia Britannica and the first two volumes of Yarrell's A History of British Birds (1843). He also published a four volume Dictionary of Birds (1893-1896), providing a detailed overview of contemporary ornithology.

Zoogeographic regions, also called faunal regions, are areas defined based on their distinctive animal life, such as bird distribution patterns. In his Dictionary, Newton notes "In regard to no group of animals did the desire to known the details of what is commonly styled Geographical Distribution become earlier manifest than the Class Aves [a taxonomic class of birds]. One probable reason of this is the obvious fact that no group as a whole possesses such faculties for extensive locomotion, and the appearance, disappearance, and reappearance of species after species, whether according to orderly migration or as casual stragglers to any particular spot of country, naturally led men of enquiring mind to wonder where the resort for the rest of the year of these visitants might be." 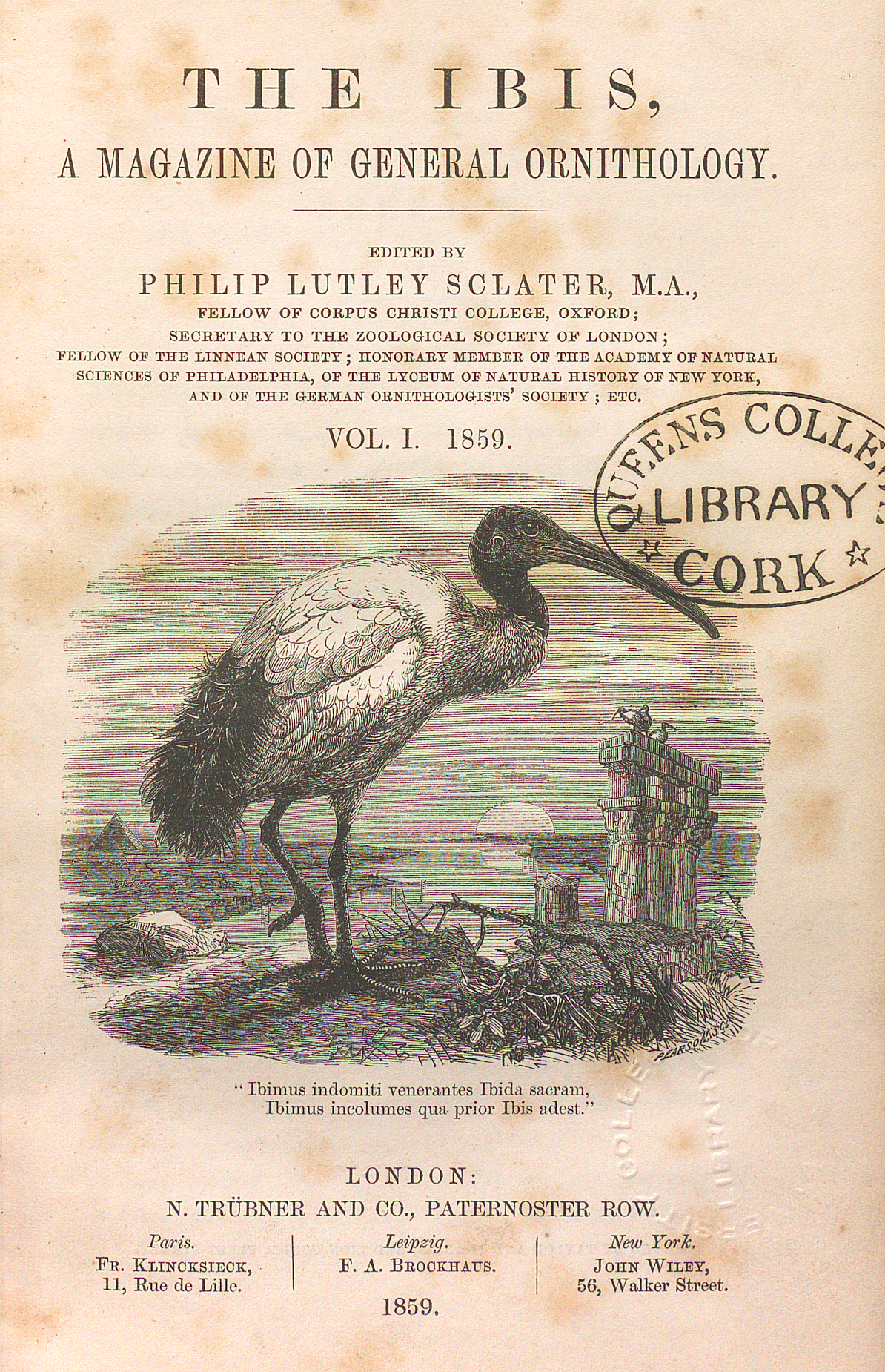 The British Ornithologists' Union was founded in 1858. It aims to promote the understanding and conservation of the world’s birds. Its journal The ibis was first published in 1859 and continues to be a leading journal of ornithological science. 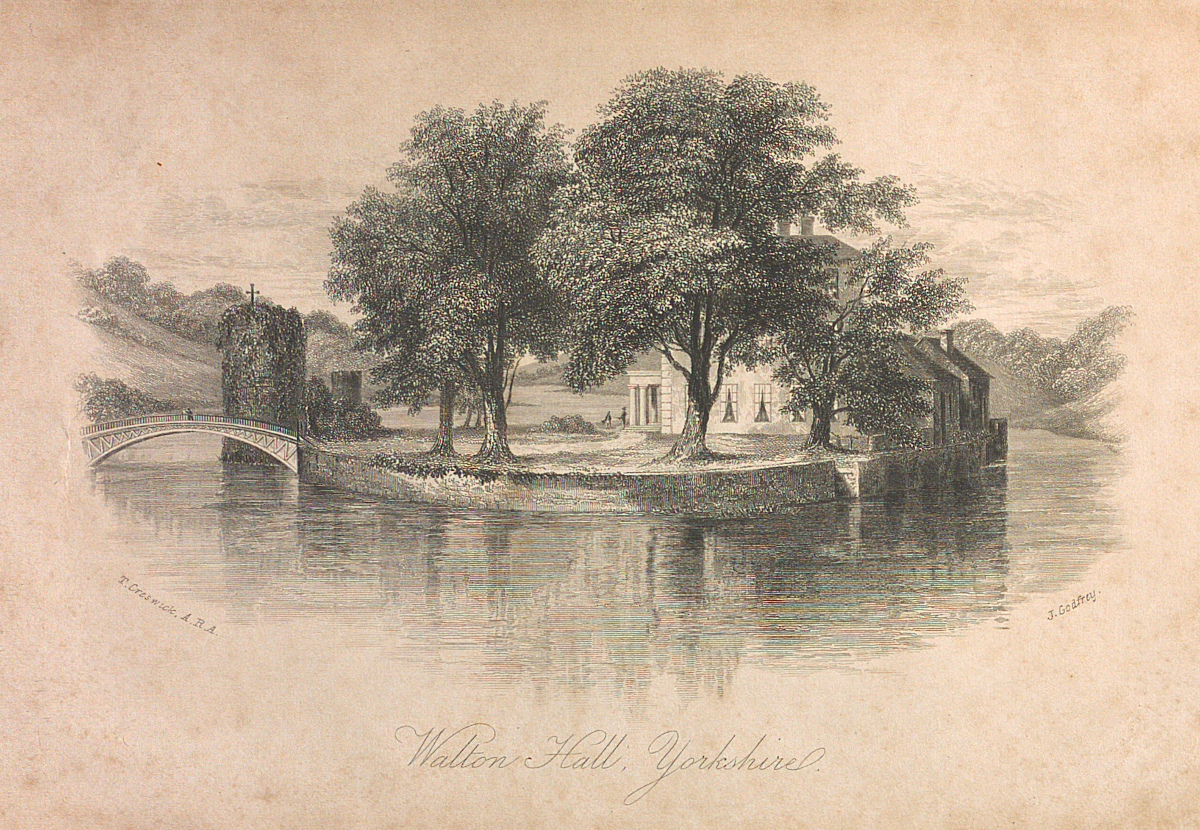 Charles Waterton (1782–1865) was an English naturalist and explorer. In addition to writings on his travels in South America, he is known for his writings on natural history, including ornithology. However, he is most widely remembered for creating the world’s first nature reserve at his ancestral home Walton Hall, West Yorkshire. He has been described by David Attenborough as "one of the first people anywhere to recognise not only that the natural world was of great importance but that it needed protection as humanity made more and more demands on it."

His Essays on Natural History, Chiefly Ornithology (1838) includes an autobiography of the author, and a view of Walton Hall. 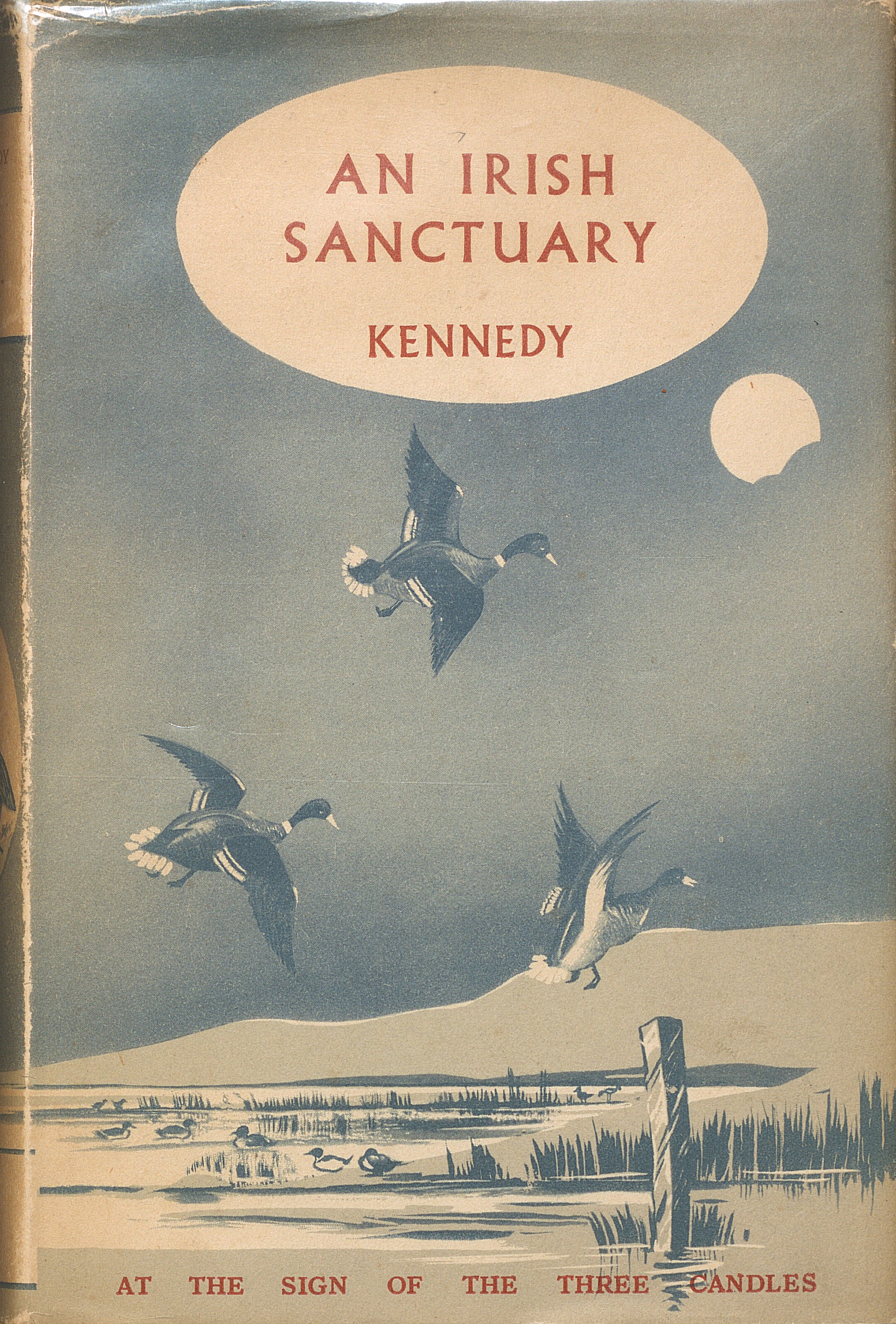 Kennedy, P.G. An Irish sanctuary: birds of the North Bull. Dublin: At the Sign of the Three Candles, [1953].  [Three Candles Press Collection]

Patrick G. Kennedy (1881-1966) was an Irish Jesuit priest and ornithologist. He was born in Caherconlish, County Limerick and joined the Jesuits in 1898. He taught for a number of years in the Crescent, Limerick and in Belvedere, Dublin. From 1941-1942 he was president of the Dublin Naturalist and Field Club. Kennedy contributed to various journals: The Irish Naturalist’s Journal, British Birds, Studies: An Irish Quarterly Review and The Sacred Heart Messenger.

In 1931 he was responsible for creating Ireland's first bird sanctuary at Bull Island, Dublin and since then Bull Island has been named as a UNESCO Biosphere Reserve and included as a Ramsar Site as a Wetland of International Importance. 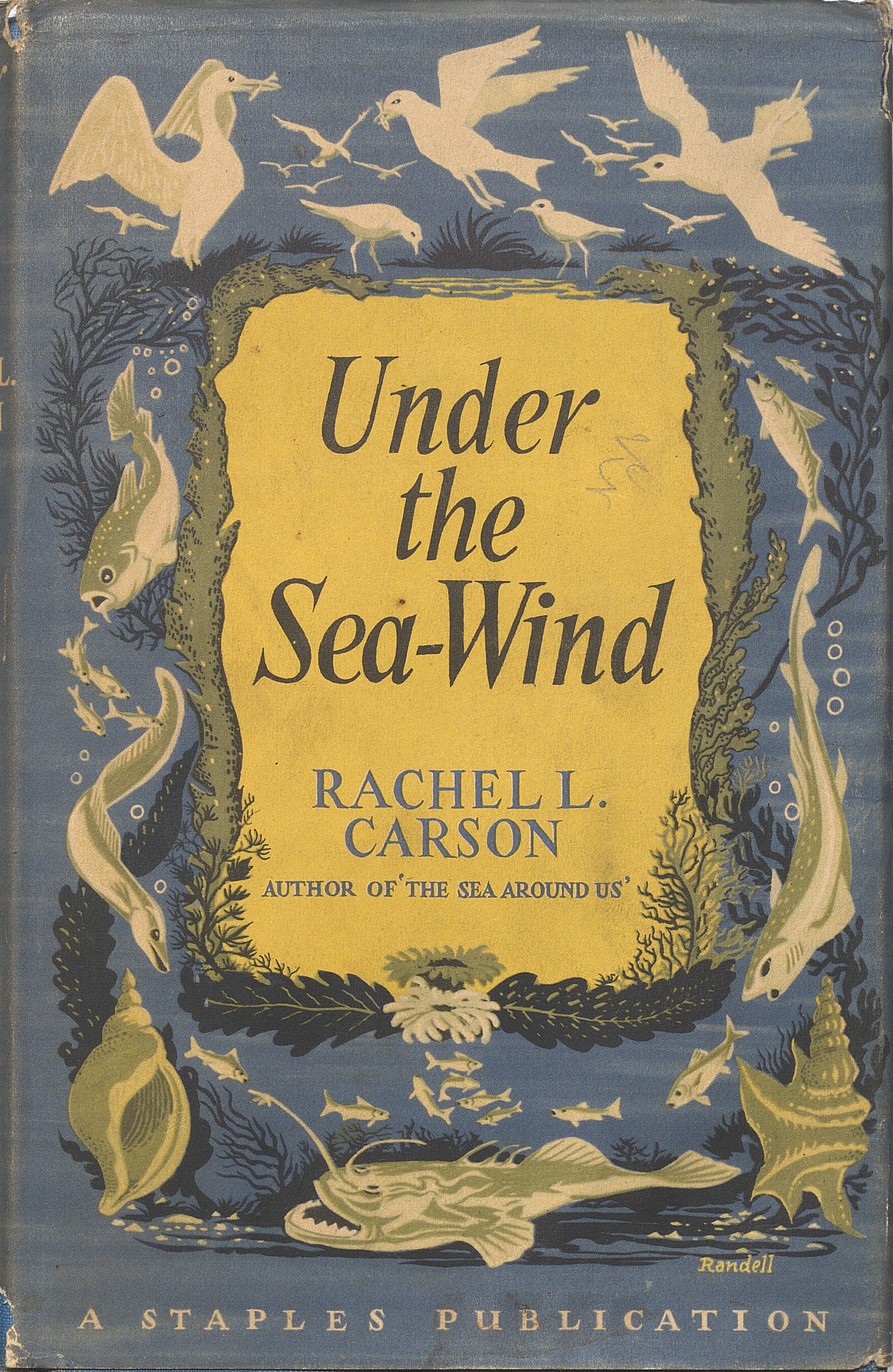 Under the Sea-Wind was originally published in 1941 by Simon and Schuster. 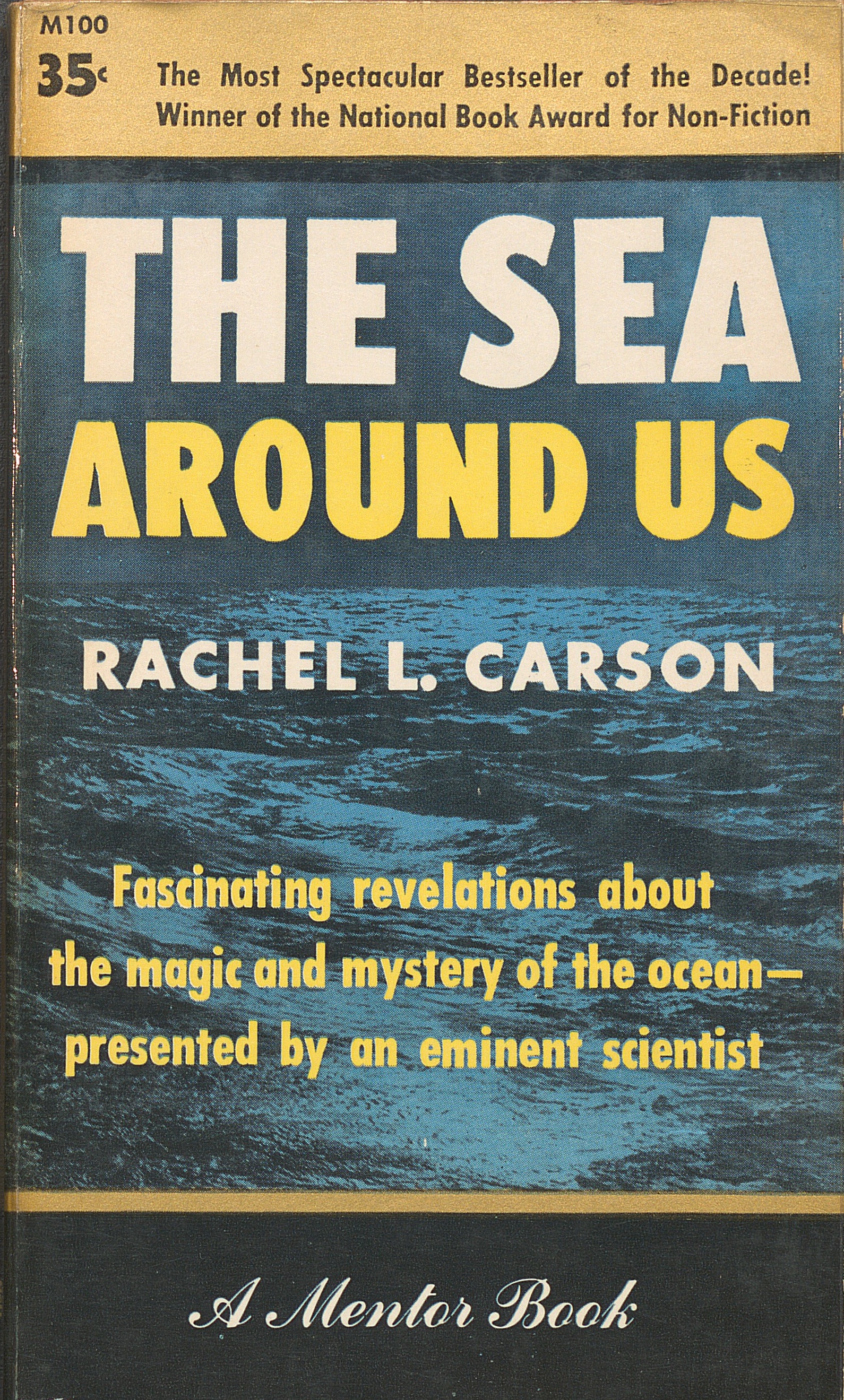 The Sea Around Us

The Sea Around Us stayed on The New York Times best-seller list for a record 86 weeks, and won the National Book award for non-fiction in 1952, and the John Burroughs Award for nature writing. Following its publication Rachel Carson became the voice of public science in America, an internationally recognised authority on oceans, and established her reputation as a nature writer.

The Sea Around Us is a survey of what we know about the seas of the Earth and is both scientifically accurate and is filled with art and wonder of discovery. Carson describes hidden mountains and canyons of the deepest ocean and explains how they were mapped. She tells us how islands are formed, then populated by plants and animals, and how they are altered. Carson also explains global winds, rains, currents and tides and how our world is primarily a watery globe. 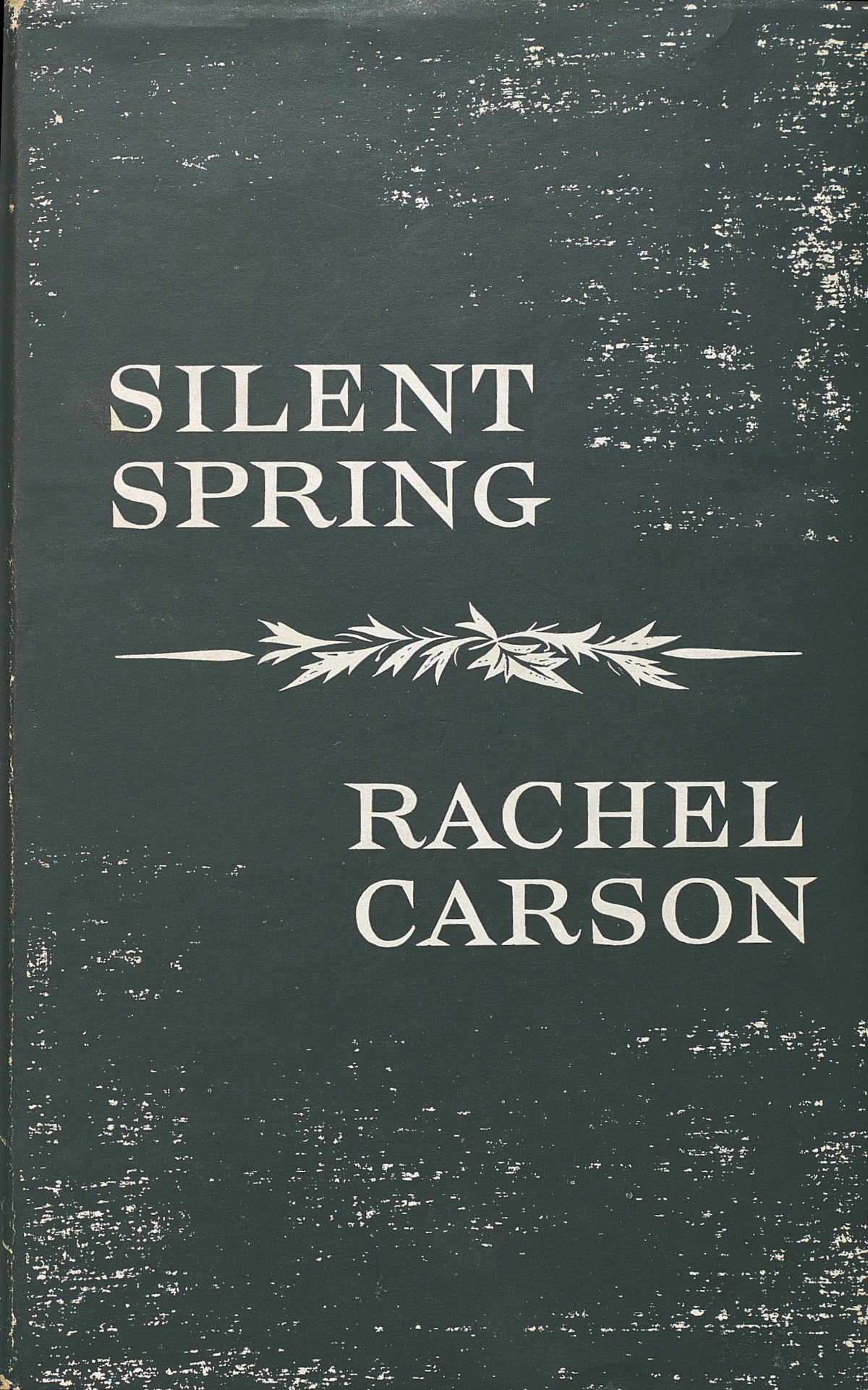 Carson's book Silent Spring (1962) documented the adverse environmental effects of DDT and other pesticides on fish, birds, and other wildlife, revealing the effects of the indiscriminate use of these new chemicals to be lasting, widespread, and lethal. Prior to 1962 DDT and other pesticides had been deemed safe and effective, but Silent Spring alerted the world to the pesticides' hazards. and its content shocked the public forced the US government to take action. Silent Spring eventually led to the establishment of the EPA and to the banning of DDT. Carson created a link between conservation and the new concept of environmentalism, calling for all humans to act responsibly, carefully and as stewards of the living earth.

In 2006 the editors of Discover magazine named Silent Spring as one of the 25 greatest science books of all time.