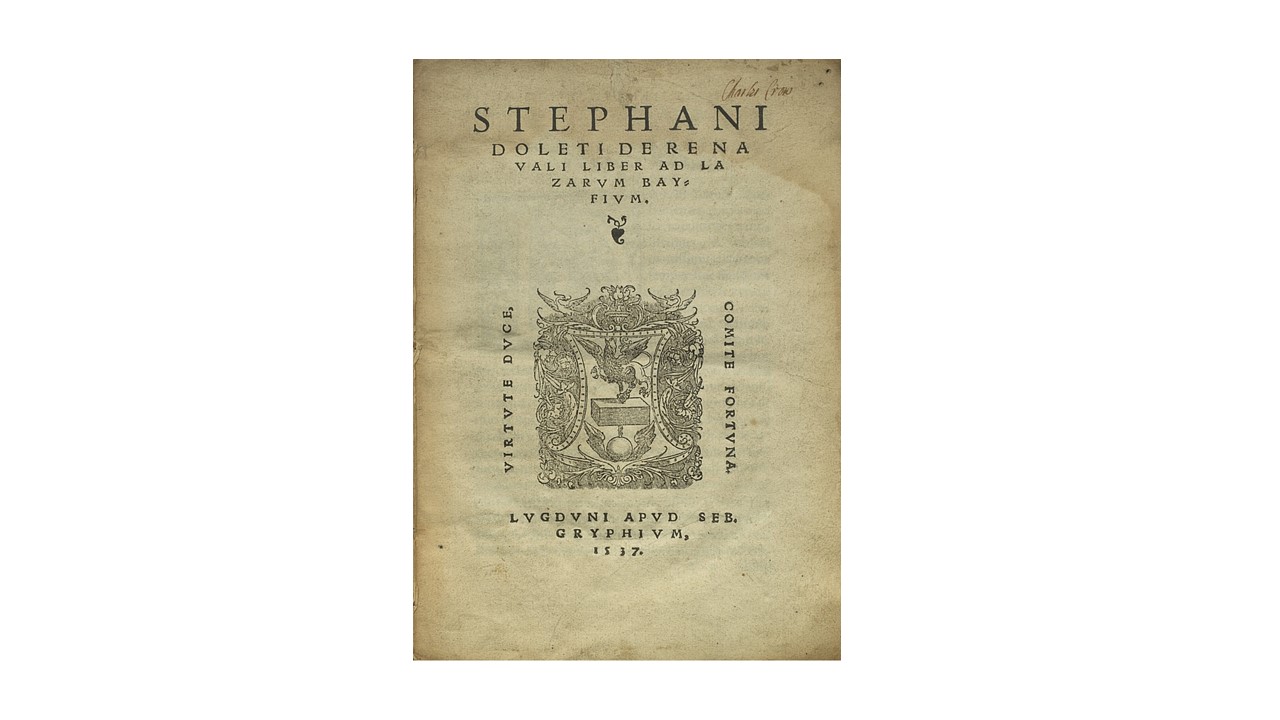 The Church of Ireland Cathedral Collection was acquired in 1982, and notably extends the holdings in theology, politics, philosophy and humanist production in the Library, which is otherwise strong in early Irish materials. This copy of Lazare de Baïf's treatise on naval terminology belonged to Charles Crow, a native of the Isle of Man who taught in Dublin and was Bishop of Cloyne from 1702 to 1726. Crow's collection was large and also includes Thesaurus Graecae Linguae among other works by Henri Estienne, together with works by Descartes and other later writers. 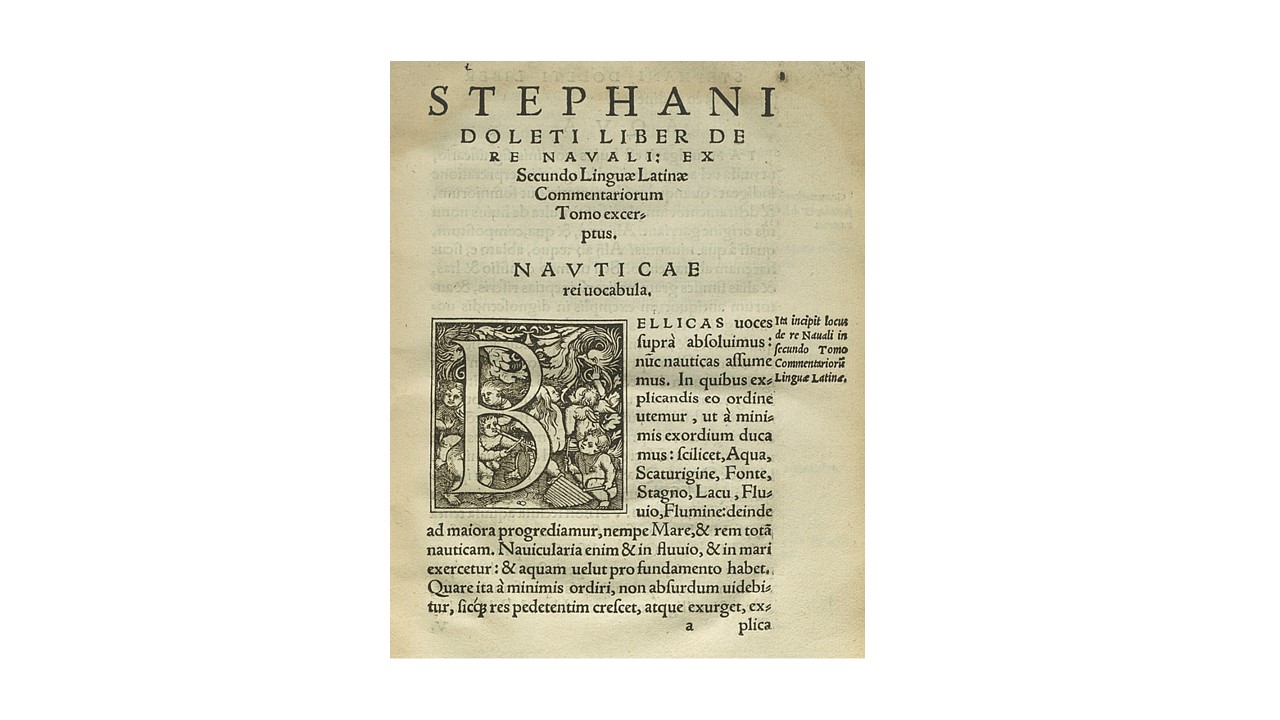 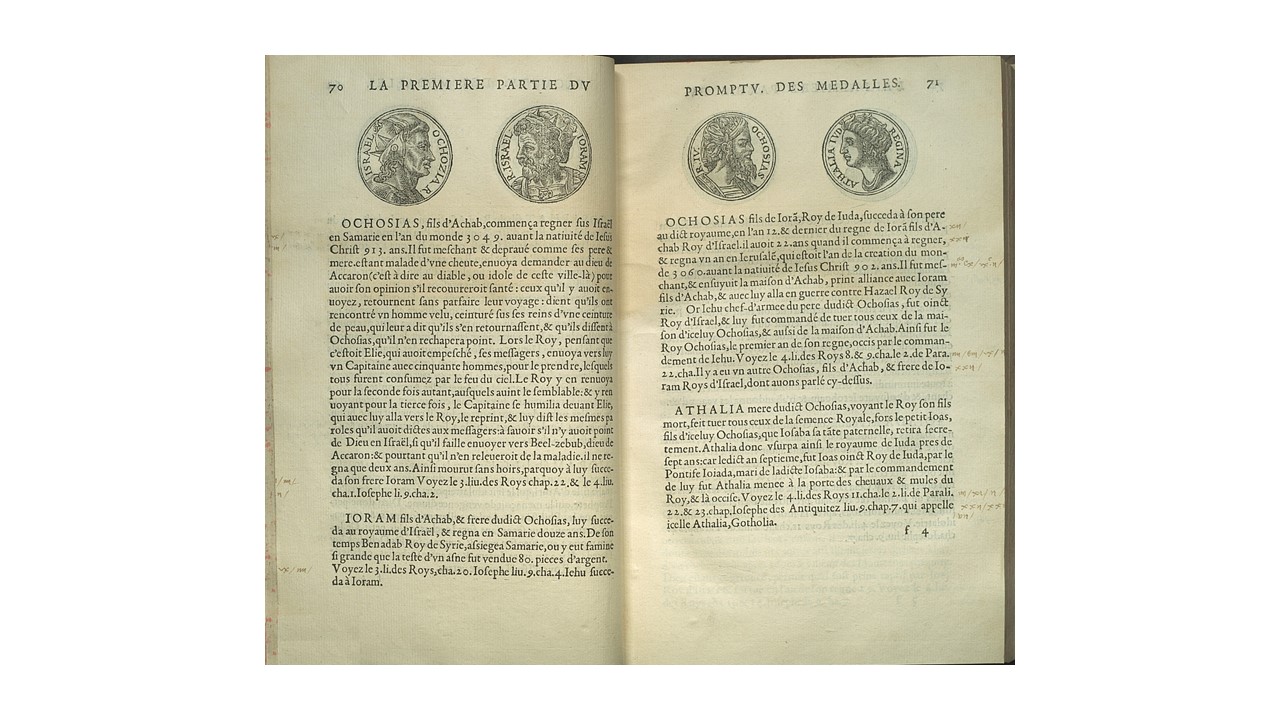 This work was also published by Rouillé in Latin and Italian in the same year. He also notably printed Scève’s account of the entry of Henri II into Lyon. 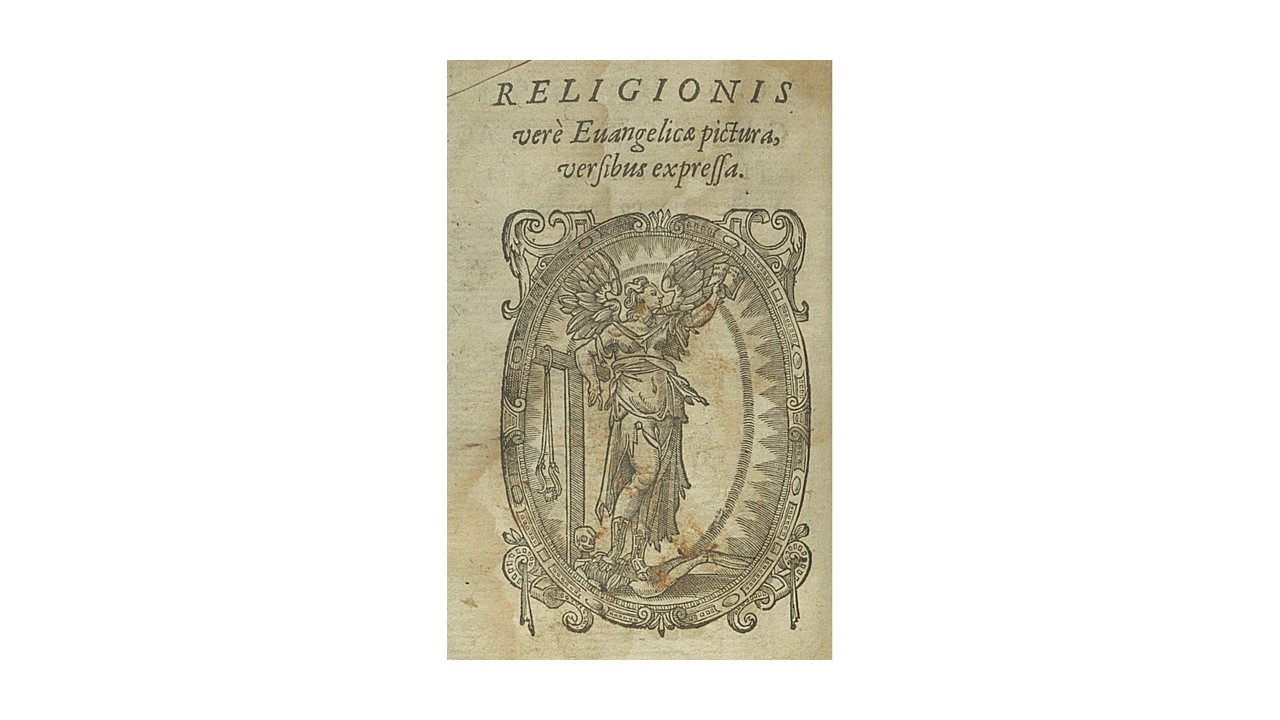 de Bèze,  was established as a professor in Geneva by this date, having succeeded Calvin as pastor in 1564. This, and other works were important contributions to the codification of reformed theology. 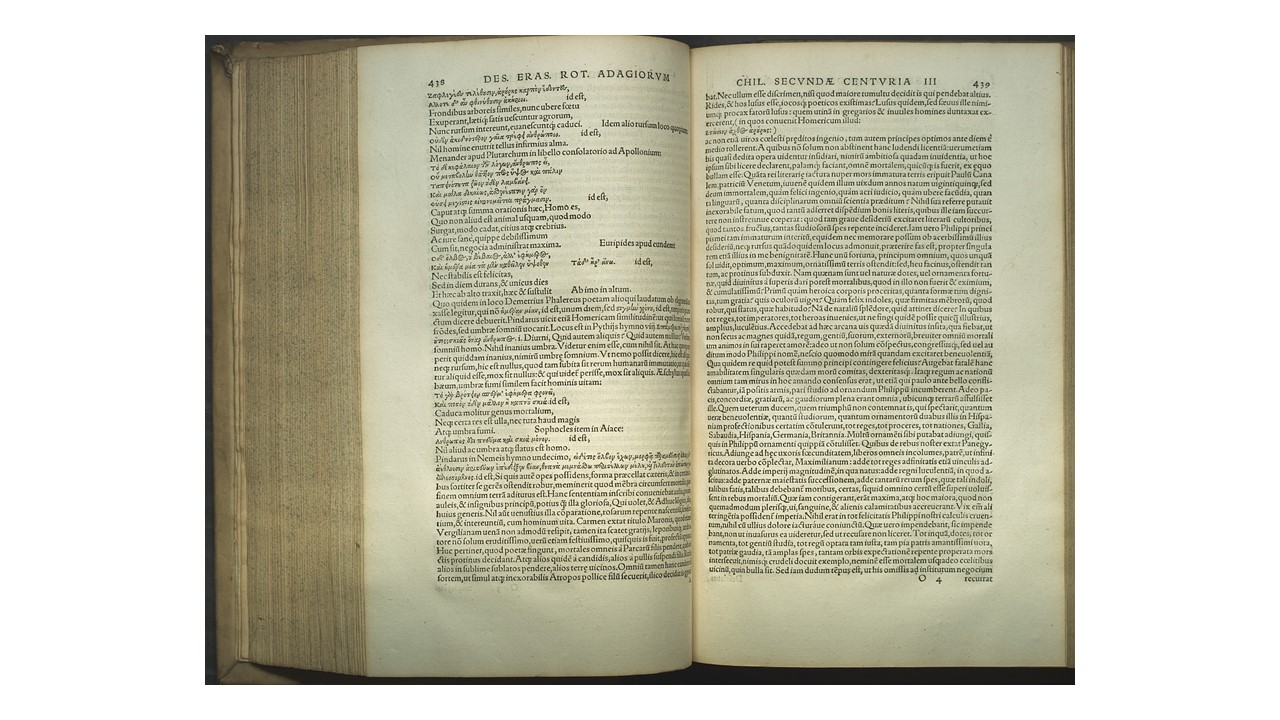 The great Dutch scholar and theologian Erasmus was a student at the beginning of the sixteenth century in the Collège de Montaigu, where the first Irish college in Paris was to be established some seventy years later. On the death of Erasmus, his collected works were published in this major edition by Beatus Rhenanus, one of the foremost textual editors of his age. Long active in Basel, Rhenanus had by the time this volume was printed retired to Sélestat, the city of his birth and to which he was to leave his magnificent library. Rhenanus’ collection now forms the basis of the newly restored Bibliothèque humaniste of Sélestat. This page displays one of the most famous of Erasmus’ Adagia (or Adages): festina lente, or ‘make haste slowly’.