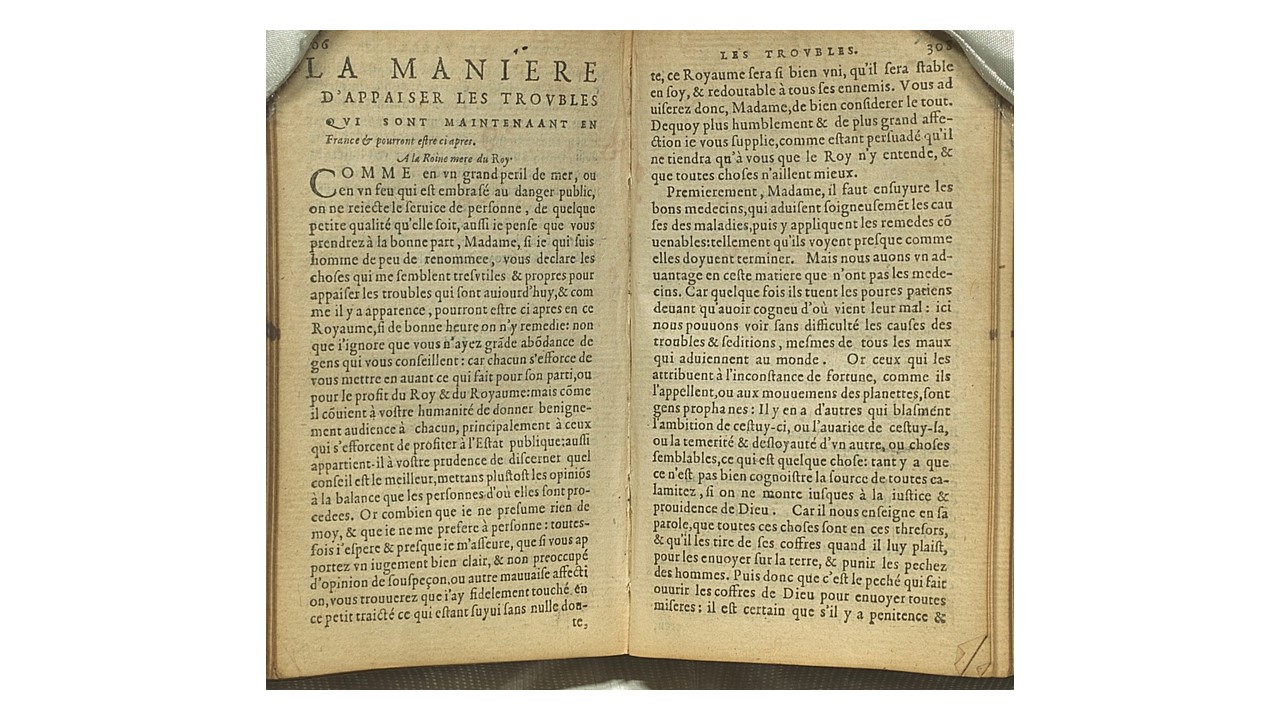 This collection, which contains a wealth of material in defence of the Huguenot cause and on the earlier period of the Wars of Religion, was historically attributed to Louis I, prince of Conde, though none of the contents were written by him. 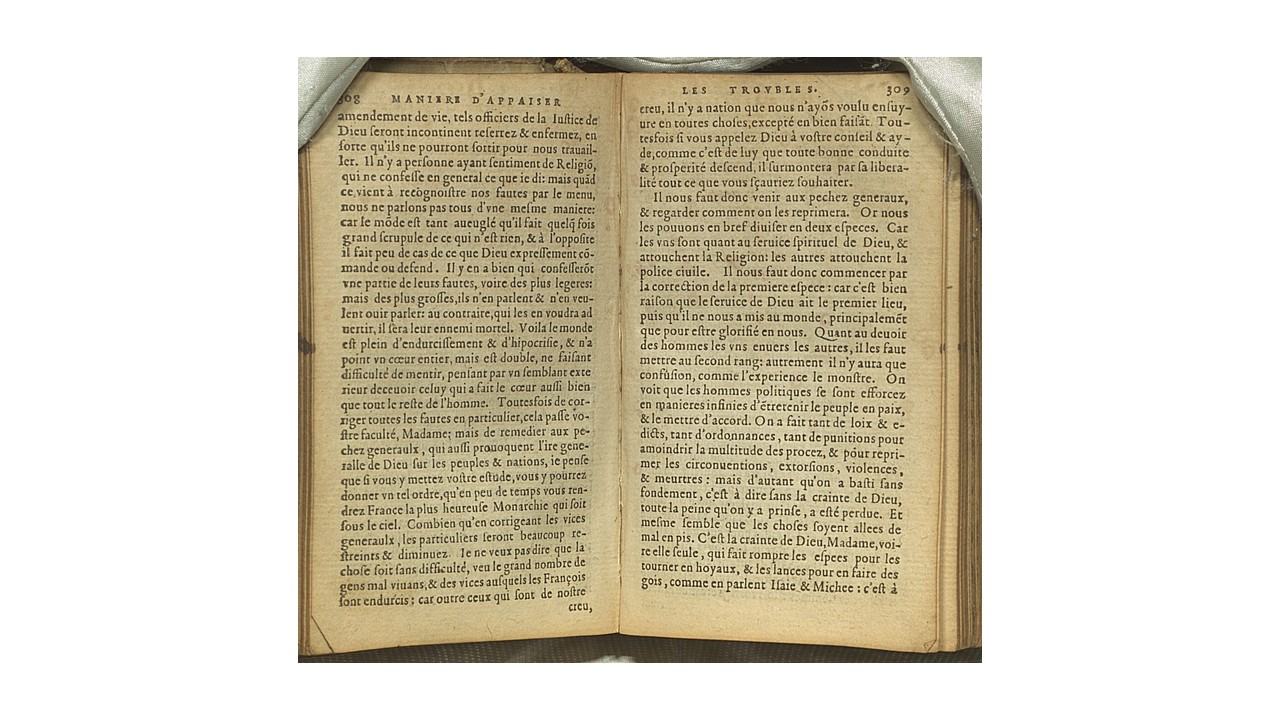 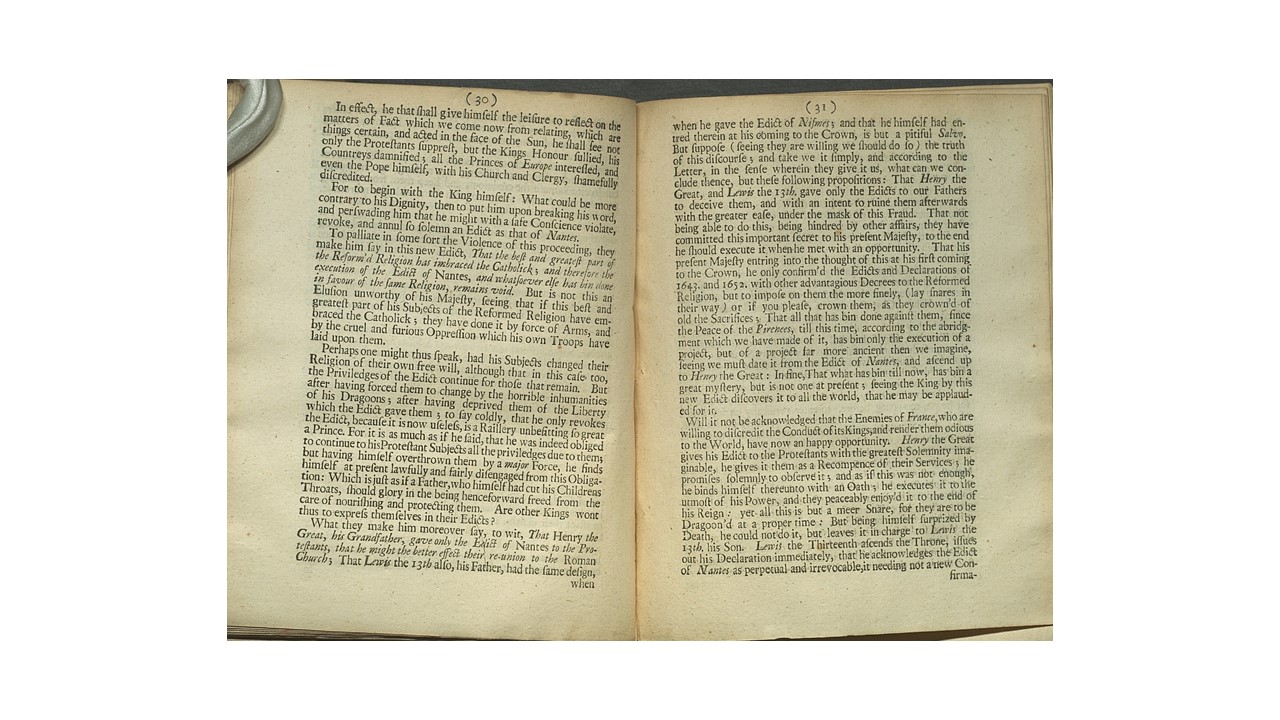 Jean Claude: An Account of the Persecutions and Oppression of the Protestants in France

Following the revocation of the Edict of Nantes, some 5,000 Huguenots fled to Ireland, with hundreds settling in Cork. One of them, Joseph Lavitte (later Lavit), quickly established himself as a prominent trader, was mayor of Cork in 1720 and was a leading proponent of the reclamation of land around the ancient city centre. A temple was established in this area, which gives its name to French Church Street, along with a school and an almshouse; for more than a century, services were delivered in French. A section of the Huguenot burial ground survives to the west of the former site of the temple. (DIB)

Claude, Jean. An Account of the Persecutions and Oppression of the Protestants in France. London: s.n., 1686. [St Fin Barre's Cathedral Collection] 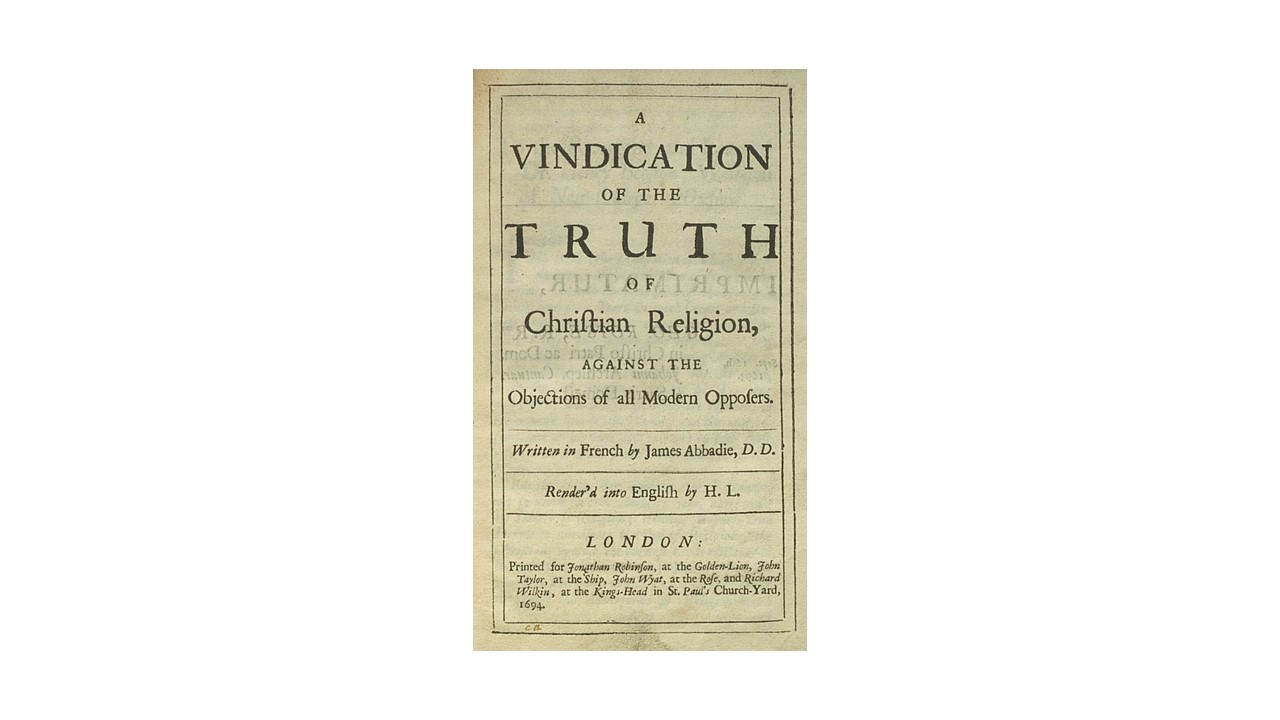 Jacques Abbadie: A vindication of the truth of Christian religion against the objections of all modern opposers

A translation of Abbadie's widely read Traité de la vérité de la religion chrétienne (1684). Having left France following the Revocation, Abbadie became Dean of Killaloe in 1699; a proponent of the 'hapy revolution' of 1688 and the 'protestant succession,' he owed his preferment in part to his defence of the penal laws in Ireland in his Défense de la nation britannique (1692). (DIB; ONDB)