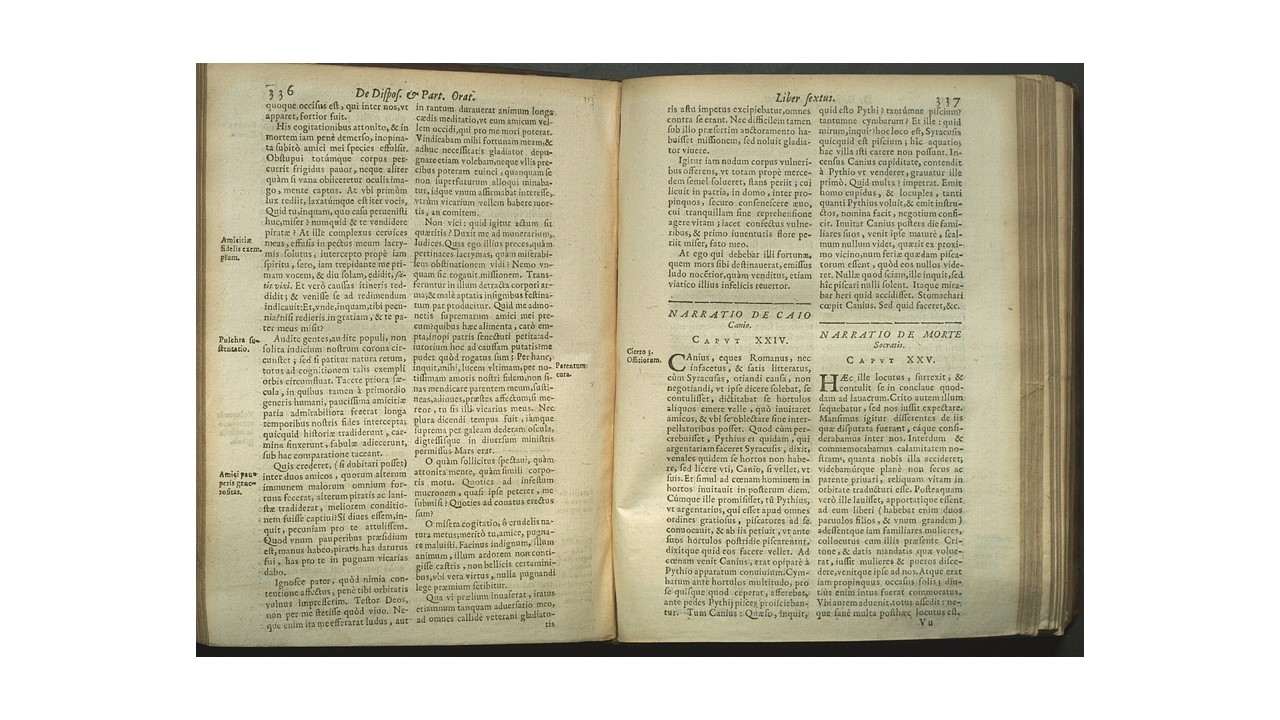 Caussin was a Jesuit and confessor to Louis XIII for a time in 1637. Though rigorous, he engaged on behalf of the Jesuits in quarrels with Arnauld in 1644. This work first appeared in 1619; La Cour sainte, a traité des passions intended for a lay readership was to be published in 1624. 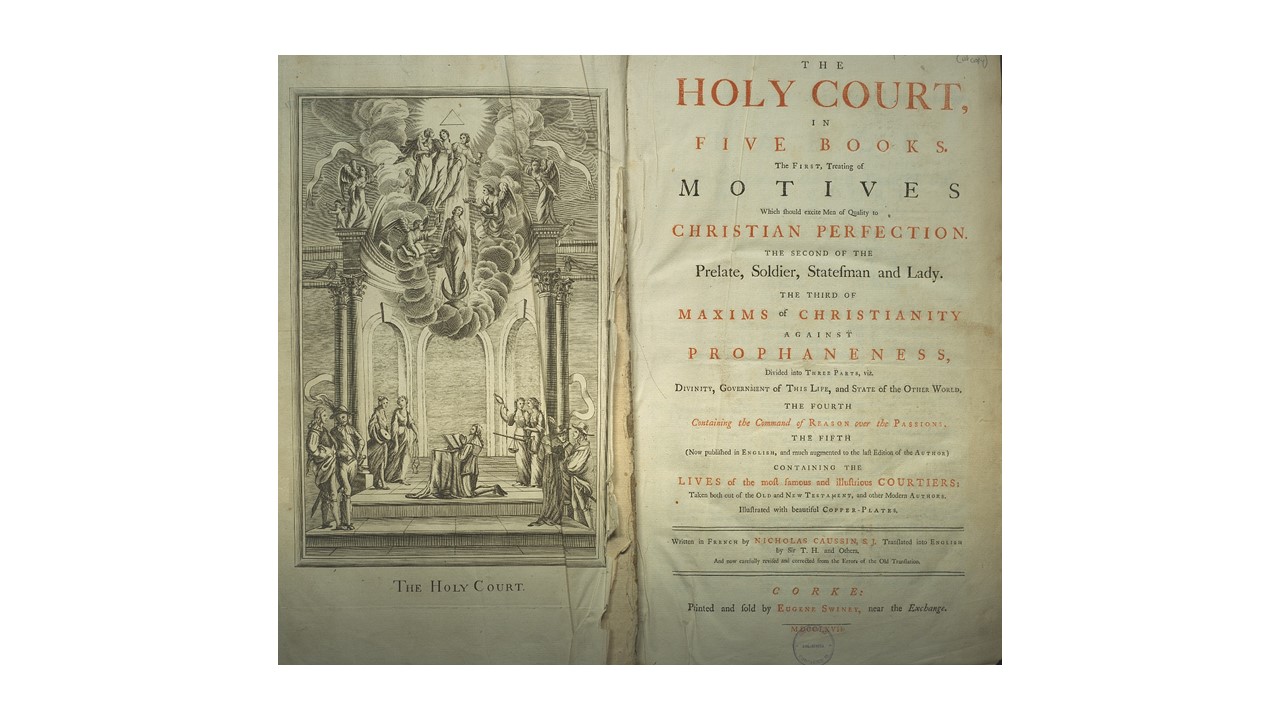 Swiney was publisher of The Corke Journal from 1753 to 1769 and sold books from a variety of locations in the city, including Paul Street, near the Huguenot temple. One of the most significant printers outside Dublin, he produced books of a high standard for a growing gentry and mercantile readership. This copy belonged to James Dease of Turbotstown in Meath, a member of the same family as Thomas Dease, rector of the Irish College in Paris and later Catholic Bishop of Meath. Sir Thomas Hawkins’s translation of Caussin, first published in France in 1626 was widely read among English Catholics. ((DIB; ODNB) 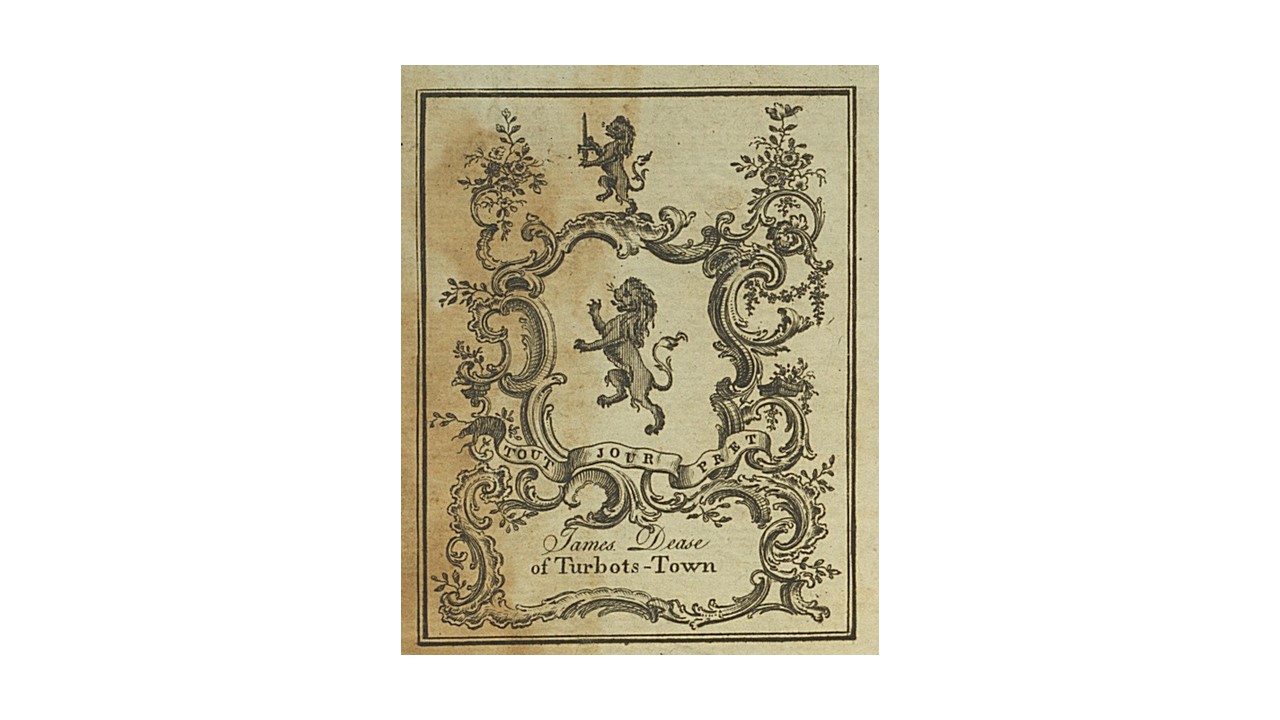 The bookplate of James Dease of Turbotstown in Meath.