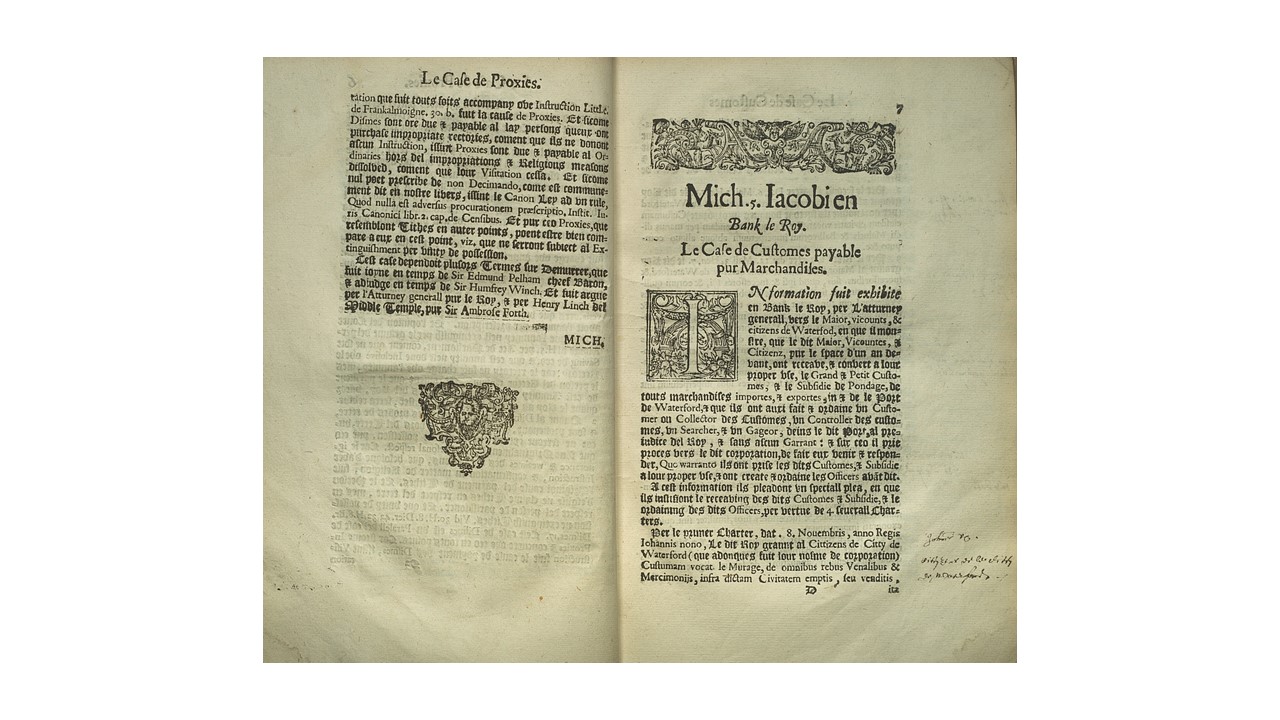 Sir John Davies was named Solicitor General for Ireland by James I on his ascent to the English throne in 1603. A ‘New English’ administrator, he became Attorney General in 1606, and worked to secure the legal foundations of civil society for the purpose of consolidating the colonial government of Ireland, writing of his hope that 'after the the people ar acquainted with the forms of justice [...] his kingdom will grow humane and civile.’ He here recalls that William the Conqueror, 'to honour his owne language, and for a marke of Conquest withall,  [...] caused the pleading of divers Actions to be made and entered in French.' Following the Norman invasion, Anglo-Norman was used as the language of law in Ireland and continued until this late date to be the medium of law reports. In the course of the seventeenth century, the use of English spread to all parts of the country. (DIB; ODNB) 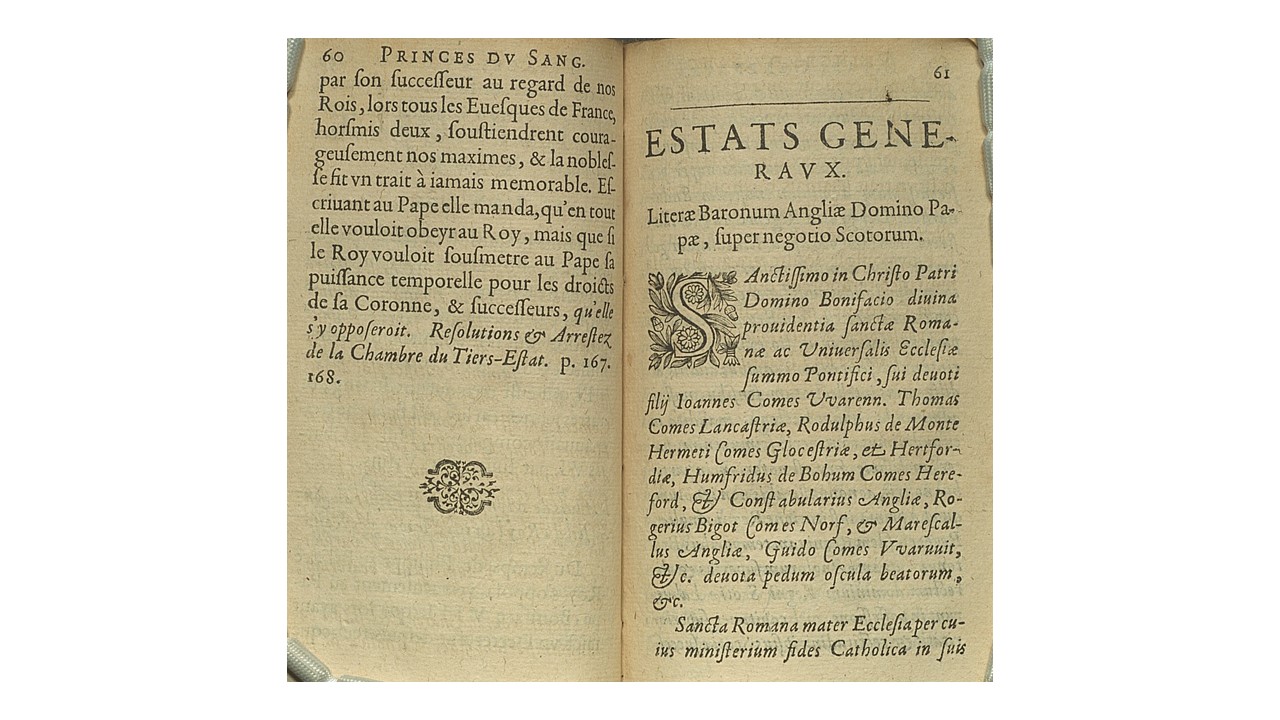 Savaron was opposed to ultramontanism and was an active participant in the États généraux of 1614. He was also a critic of the popular culture of the late sixteenth century and published a Traitté contre les masques in 1608. 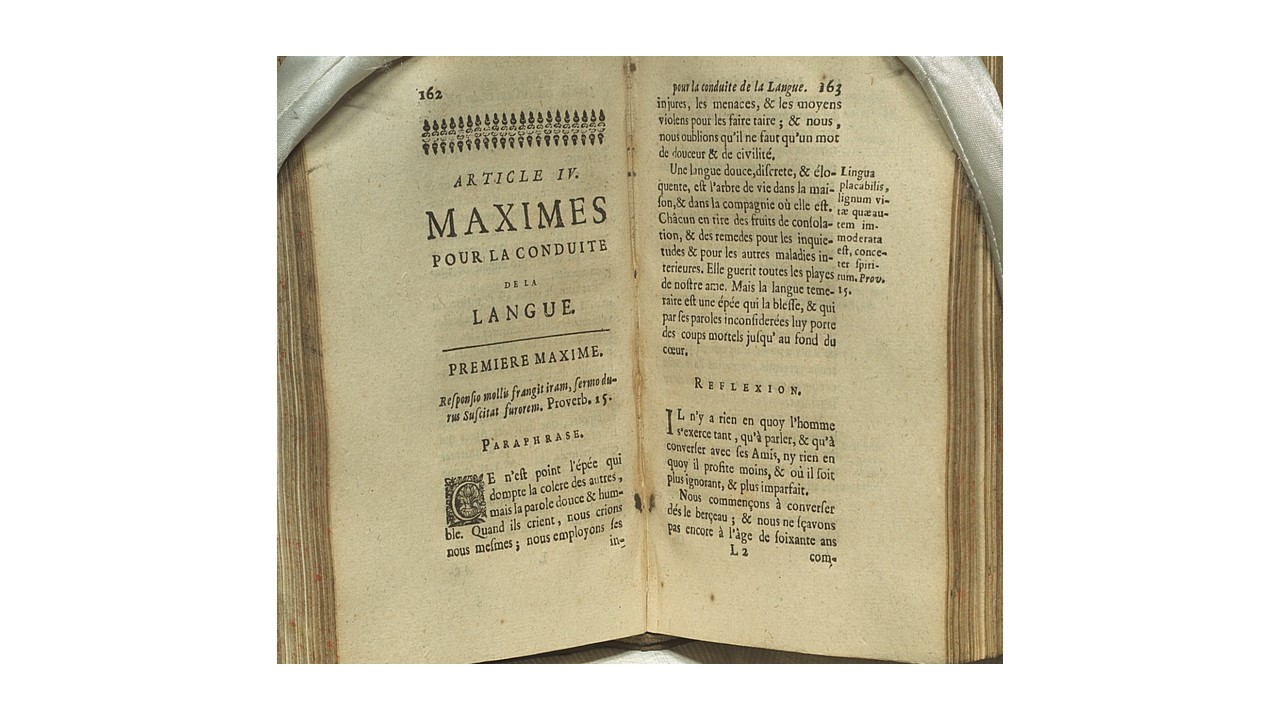 Originally published in 1677, this work contains ascetic reflections purportedly written by Nicolas Fouquet following his disgrace and imprisonment in 1661. 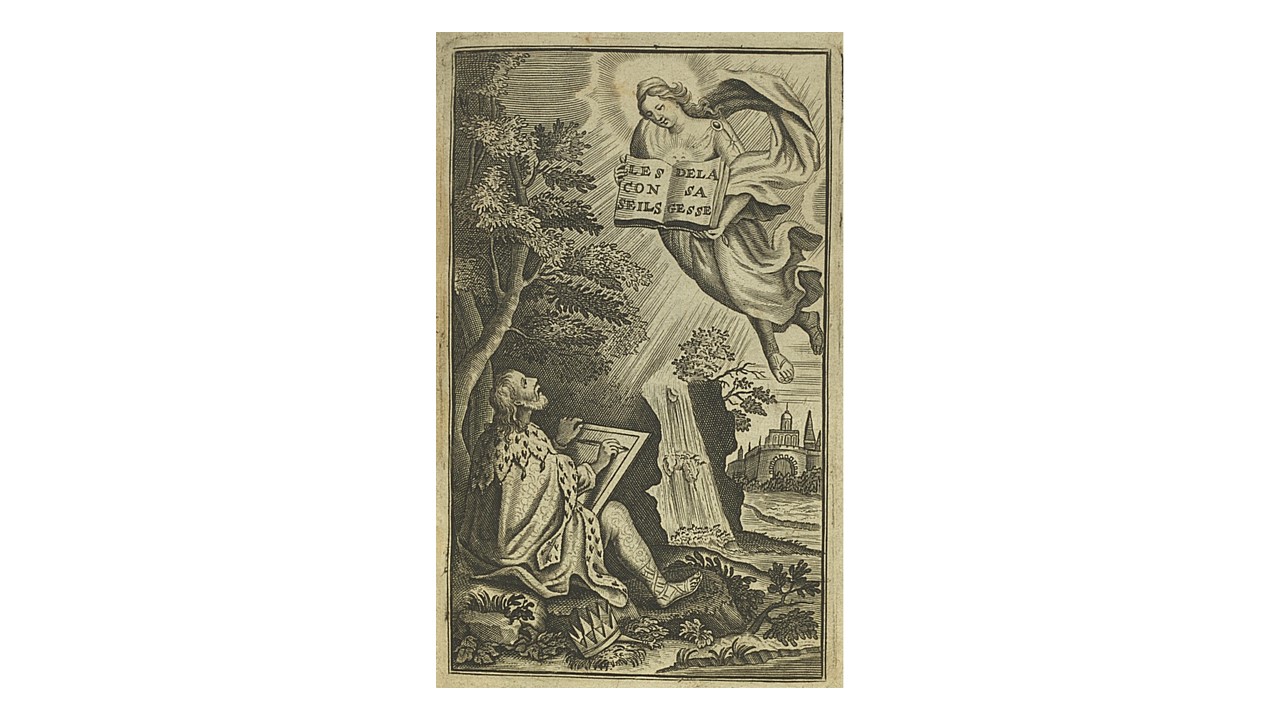