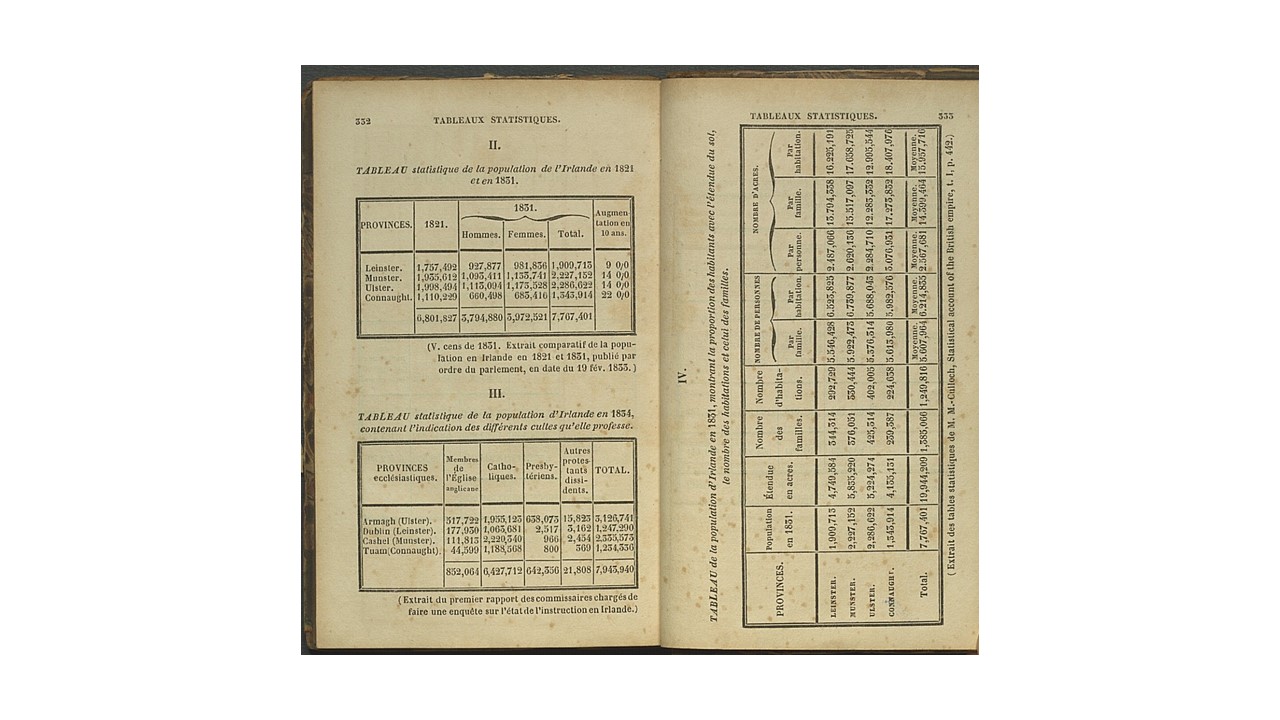 Following a tour of the United States, de Beaumont visited Ireland with Tocqueville in the summer of 1835. This work notably influenced French views on Ireland. De Beaumont drew comparisons between Daniel O’Connell’s campaign for Catholic emancipation and the rise of democracy in the United States (O’Connell was educated in Douai and Balzac, in comparing him to Napoleon and Cuvier in a letter to Mme Hanska of 1844, said of O’Connell that he ‘s’est incarné un peuple’). The population of Ireland fell to four million by 1871, as a result of the Great Famine and the wave of emigration that followed. (DIB) 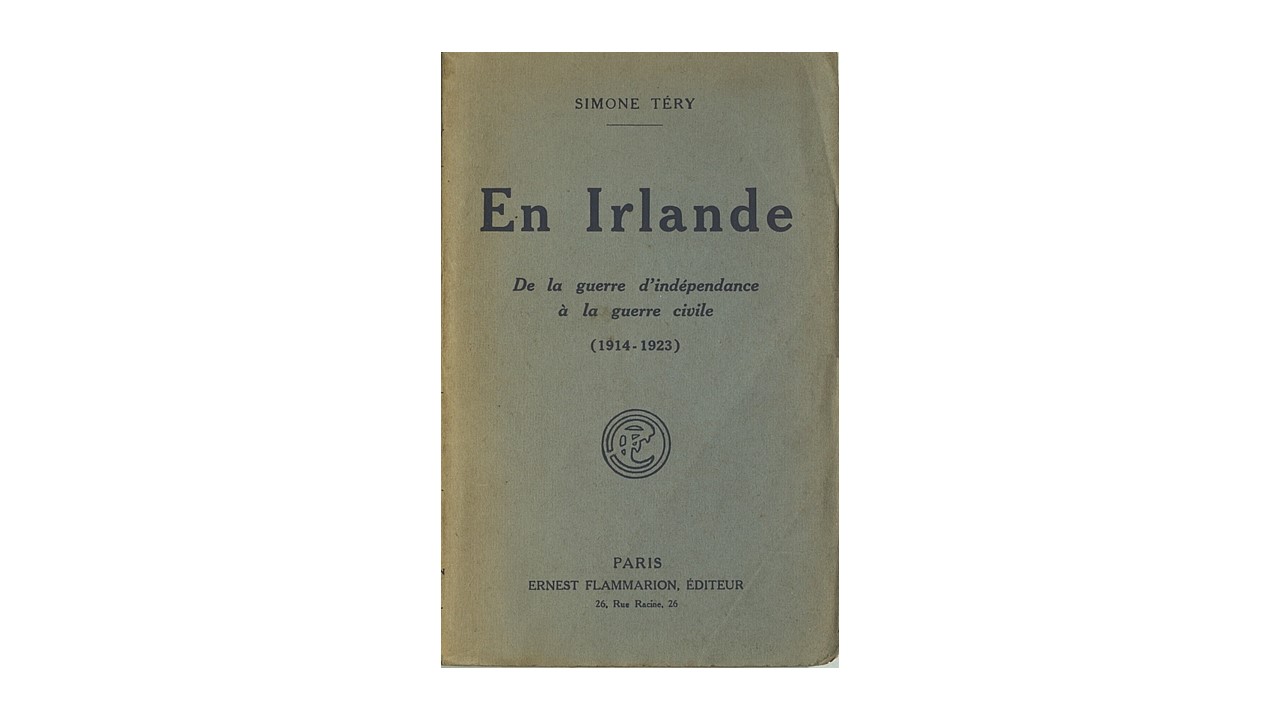 Simone Téry came to Ireland in the summer of 1921, just at the end of the War of Independence, and before the negotiation of the Anglo–Irish Treaty and in turn the civil war. She was a journalist for L’OEuvre, a daily newspaper published by Gustave Téry, and this work draws substantially of her reports from Dublin. 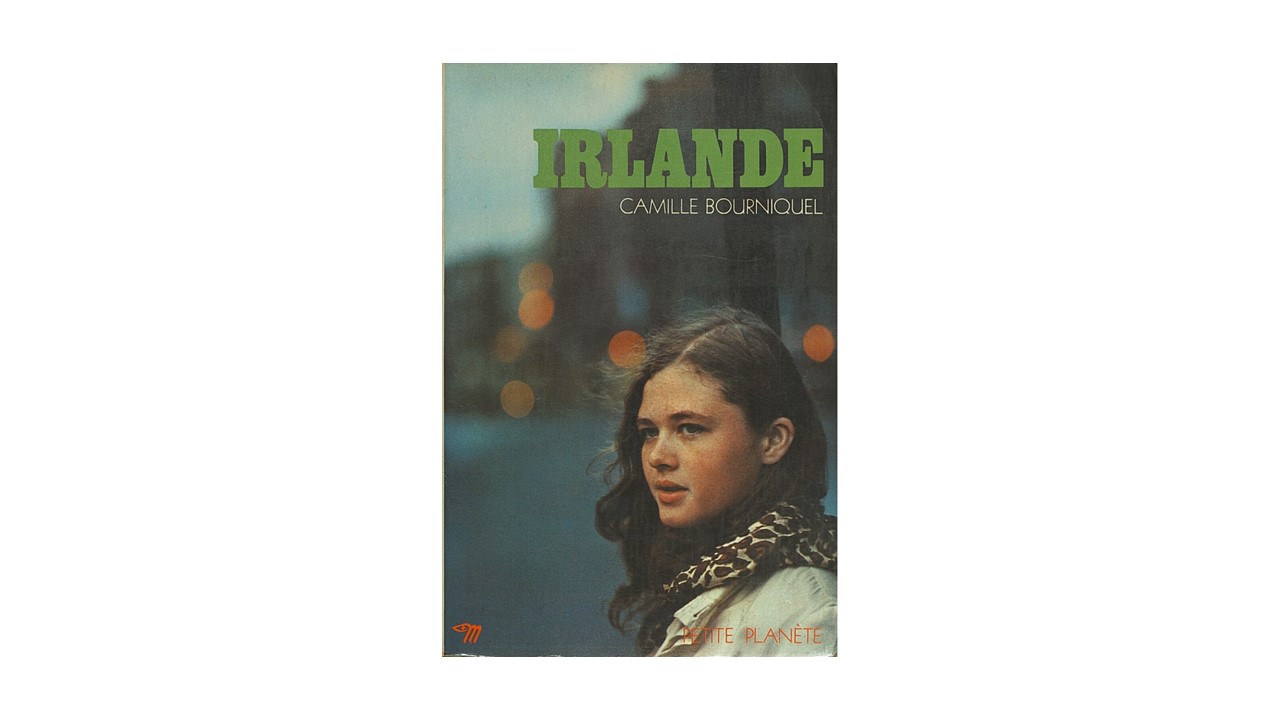 Bourniquel visited Ireland in the early 1950s and the photographs in this guide, commissioned by Chris Marker for the series Petite planète, date largely from his period. He formed a friendship with Kathleen O’Flaherty, then Professor of French (1970 to 1982), and her companion Yvonne Servais, who also lectured in French. They left their large library to the University Library. (DIB) 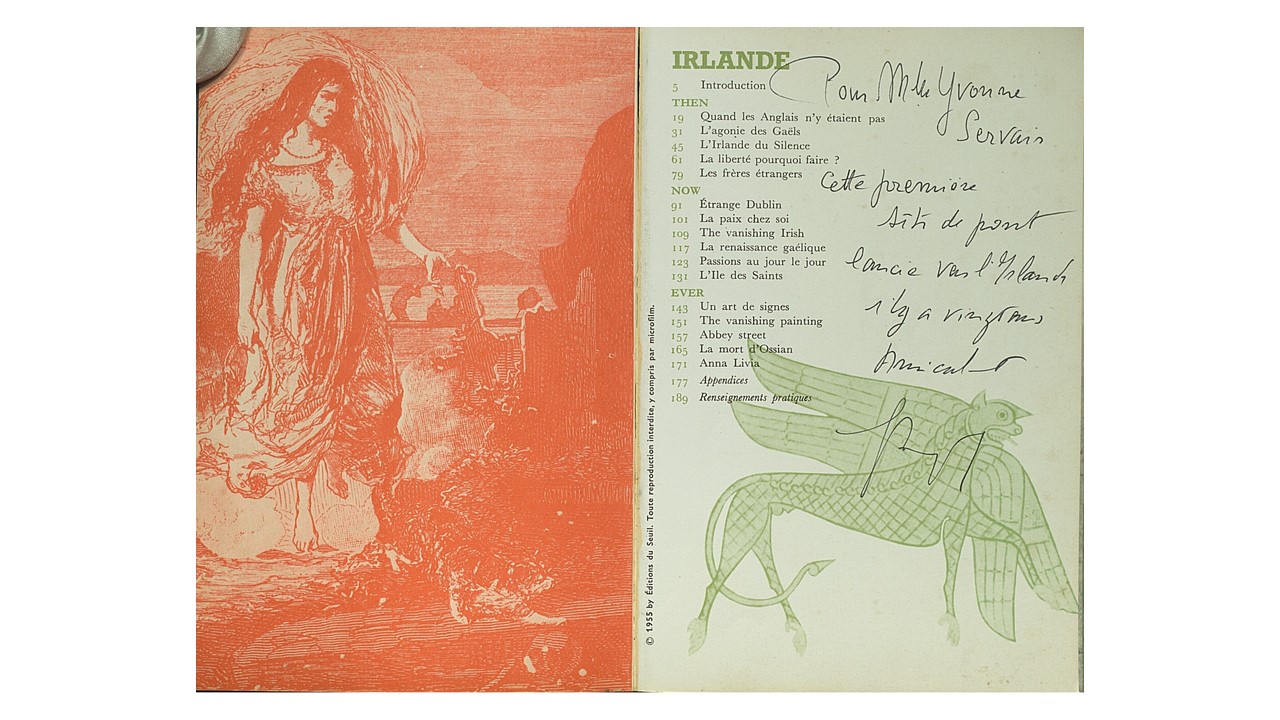 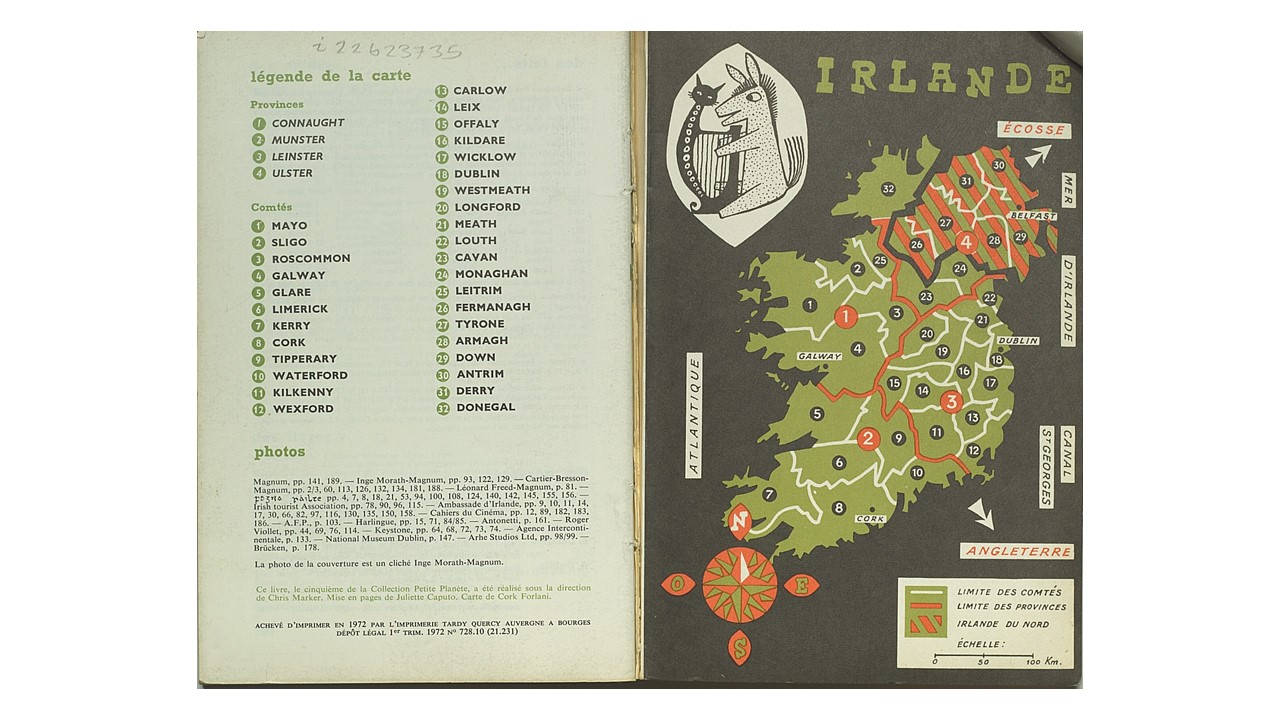