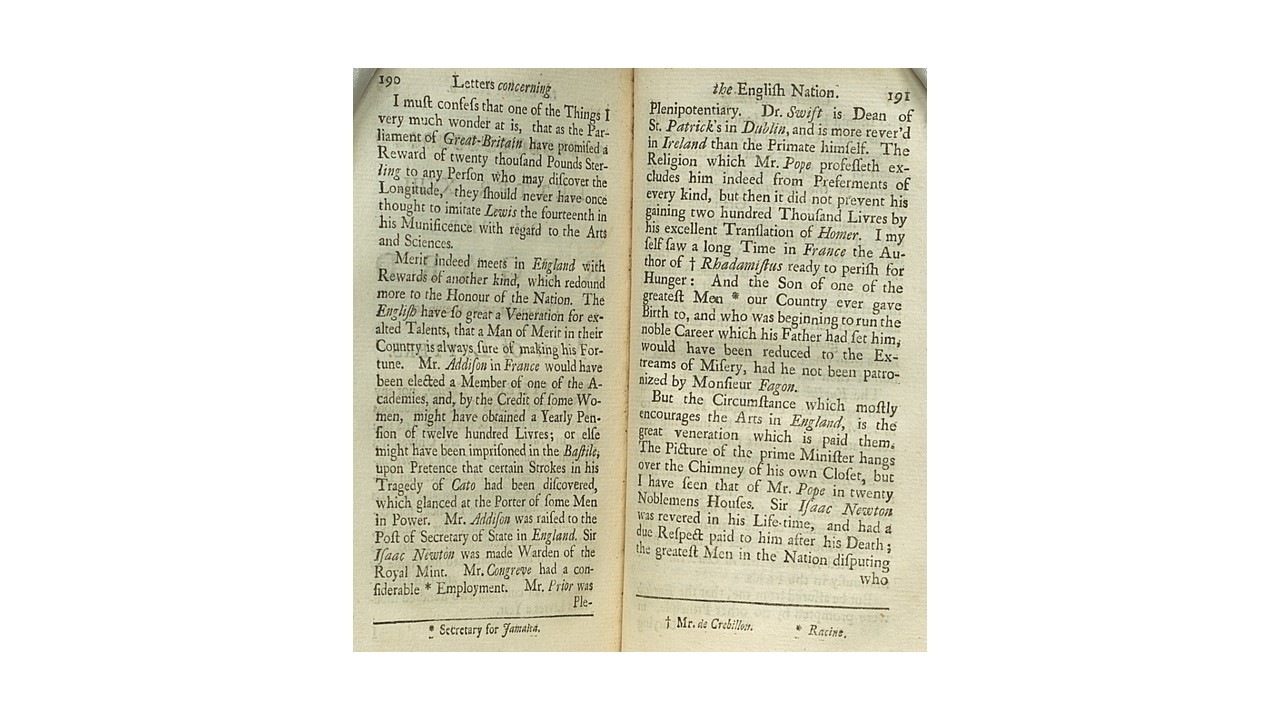 George Faulkner produced a pirated edition of Voltaire's Letters as soon as the work was published; several reprints quickly followed, including this one and one published in Cork in 1740. Jonathan Swift, who described Faulkner as 'the prince of Dublin printers’ met Voltaire in London in 1726, and won over several subscribers in Dublin for the publication of La Henriade. Faulkner would later issue translations of Le Siècle de Louis XIV and of Mérope, the latter being staged in Cork in 1766. (DIB; ODNB) 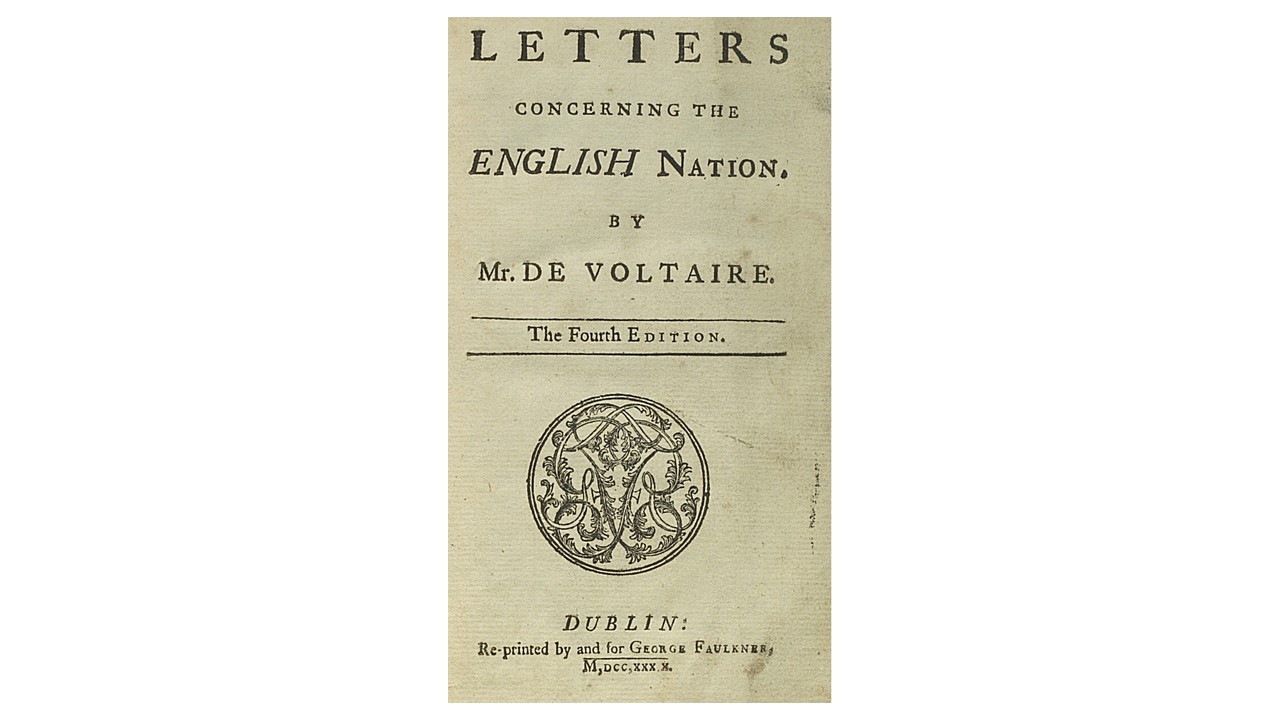 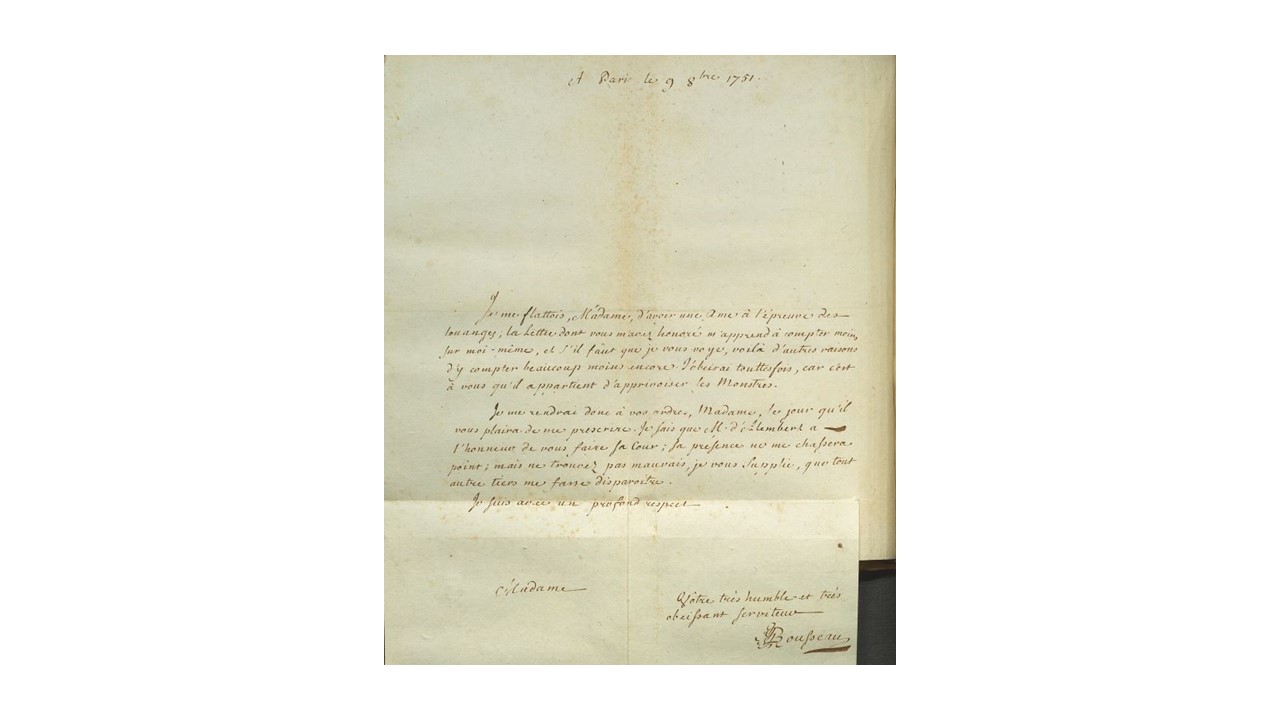 This edition of Rousseau in twenty octavo volumes, compiled by Jacques-André Naigeon (who had previously produced the first collected edition of Diderot) and others, proclaimed itself to set new scholarly standards on the basis of its recourse to original manuscripts. This, the opening volume, contains a facsimile of a letter from Rousseau to Madame de Créquy of October 1751.