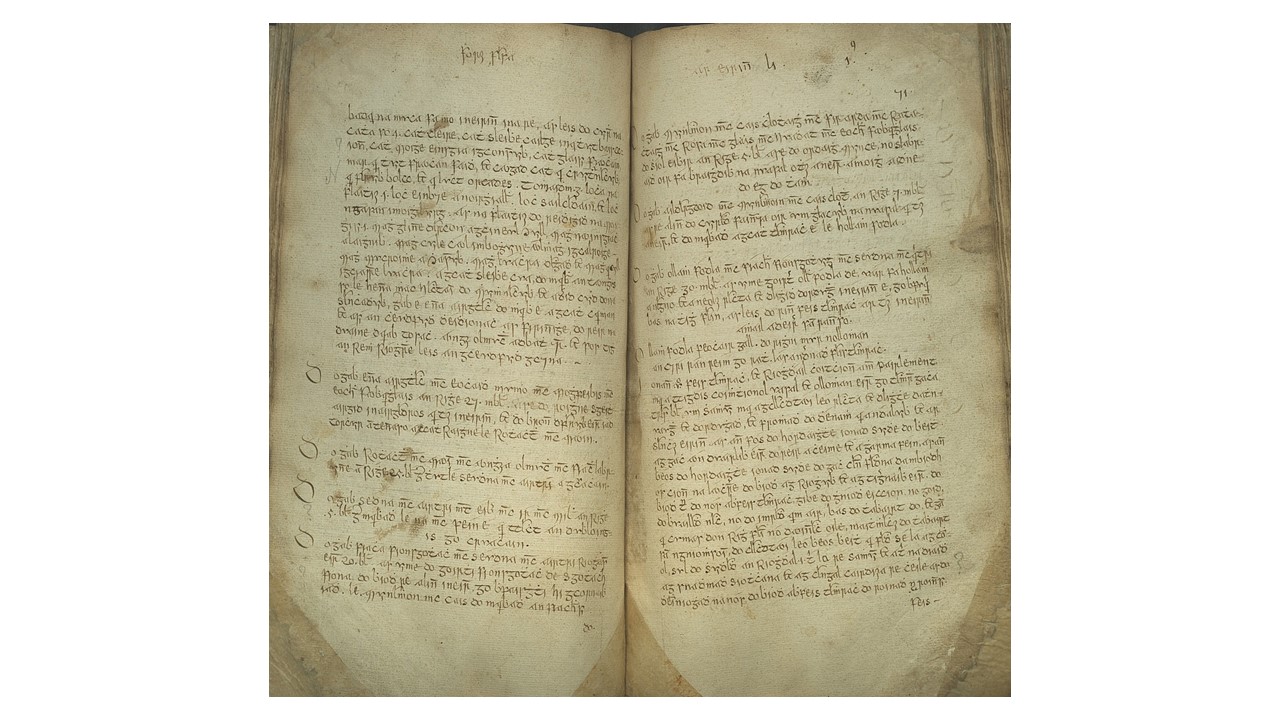 Keating, or Seathrún Céitinn, was a Catholic priest and historian of Anglo-Norman descent obtained a doctorate He Reims; an early treatise on sin, repentance and death, Trí bhior ghaoithe an bháis (1631), appears to draw on contemporary French works of pulpit oratory. Keating was renowned for this narrative history of Ireland, from the creation of the world to the Norman conquest in the late twelfth century. The work, which circulated widely in manuscript form, argues for a common Catholic identity shared by the Irish and the Old, or pre-Elizabeth, English. UCC Ms 92 is a late seventeenth century manuscript of Keating's Foras Feas ar Eirinn is in an unknown hand.  (DIB; ODNB). 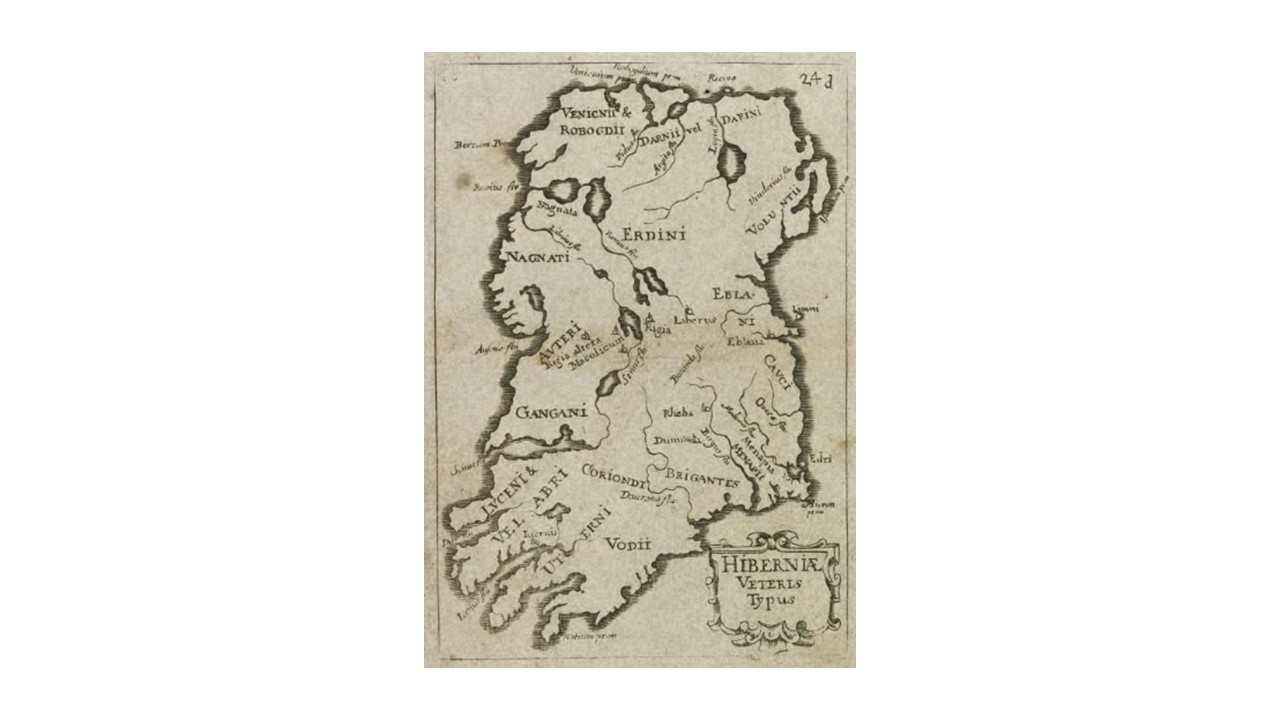 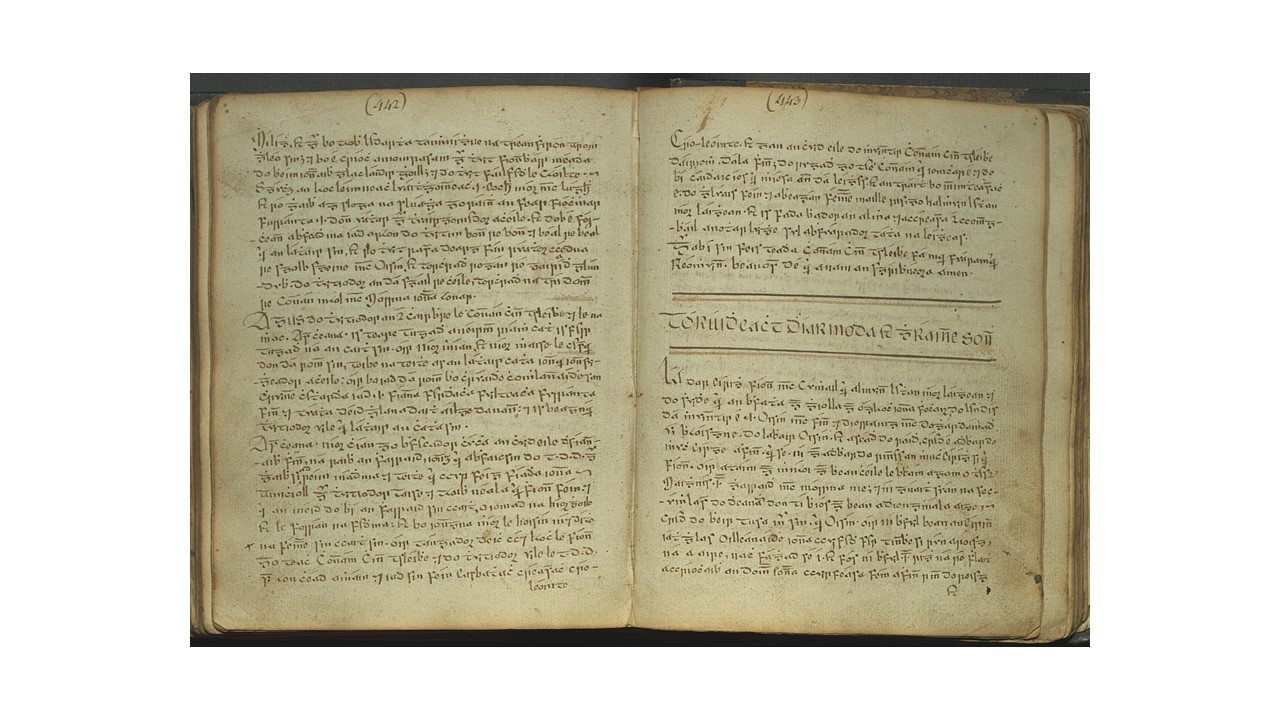 This prose narrative, translated as The Pursuit of Diarmuid and Gráinne, exists in many variants and here forms part of a substantial  manuscript (UCC Ms 96) written by a County Waterford schoolmaster in 1780. The overwhelming majority of written sources in Irish were in manuscript form until almost the the beginning of the twentieth century. The surviving texts of this tale date from the sixteenth century or later, though the material is earlier in origin and forms part of the Ossianic cycle. While the story is likely to have shaped the Tristan and Iseut legend - its plot is centred on a triangular relationship (at the point where Gráinne is about to be betrothed to Fionn Mac Cumhaill, she falls in love with Diarmuid, one of his warriors) and Gráinne makes use of a sleeping potion to secure the lovers' escape. It is possible that later texts of the Tórúidheacht were influenced in turn by the innovative French romances written at and after the time of the Anglo-Norman conquest. 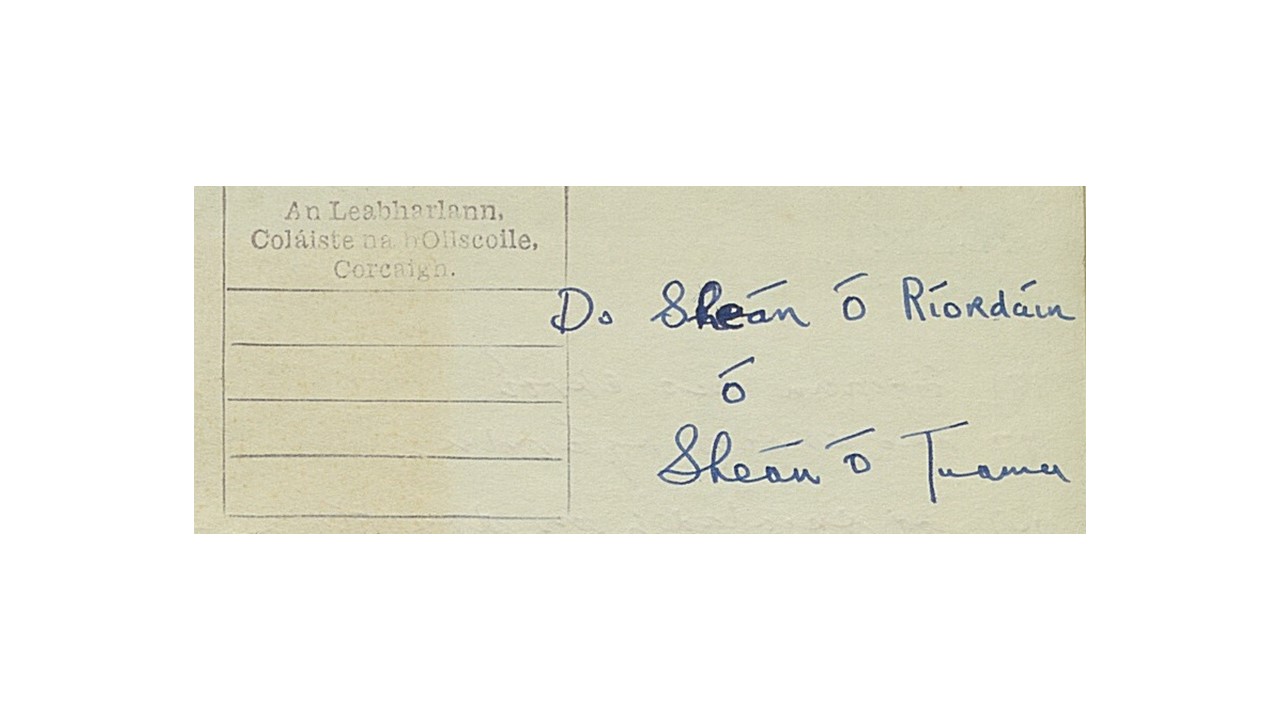 Seán Ó Tuama was a leading Irish-language poet, playwright and critic, and Professor of Modern Irish Literature in UCC. Here, he argues for a durable French influence, following the Anglo-Norman conquest, on the tradition of Irish folksong; an grá refers to the theme of love. An Grá in Amhráin na nDaoine: Léiriú Téamúil (1960) had a major impact on publication. Seán Ó Ríordáin was the leading Irish-language poet of the second half of the twentieth century, with whom Ó Tuama collaborated closely and on whom he wrote at length. (DIB)