As a source of information, newspapers constitute a unique resource, recording not merely political events, but many aspects of economic life; social occasions; weather; entertainment; sales of goods, houses, land and livestock; marriages and deaths, and a wealth of other detail.  Taken cumulatively, they can allow for significant general conclusions to be reached, and can also point the way to further avenues of research.  UCC Library's Special Collections contains a significant body of Cork newspapers, and those from the 18th century are particularly valuable as being in some cases the only surviving copies.

It should be noted that many additional volumes of Cork newspapers from this period are held at the National Library of Ireland, and in Cork City Library’s Local Studies department.

Map of Cork City showing businesses advertised in The Corke Journal from 1769 (blue icons) and The Corke Chronicle from 1770-1772 (orange icons) together with lanes and places featured on the Beauford Map from 1801. All of the locations are approximate.

Additional sources used to create the map include Gina Johnson's The laneways of medieval Cork and the Cork Gazetteer from the Irish Historic Town Atlas.

Madden, Richard Robert. The history of Irish periodical literature from the end of the 17th to the middle of the 19th century.  London : Newby, 1867.

Ó Casaide, Séamus. A history of the periodical literature of Cork from the beginning up to A.D. 1900. MA thesis, University College, Cork, 1916. 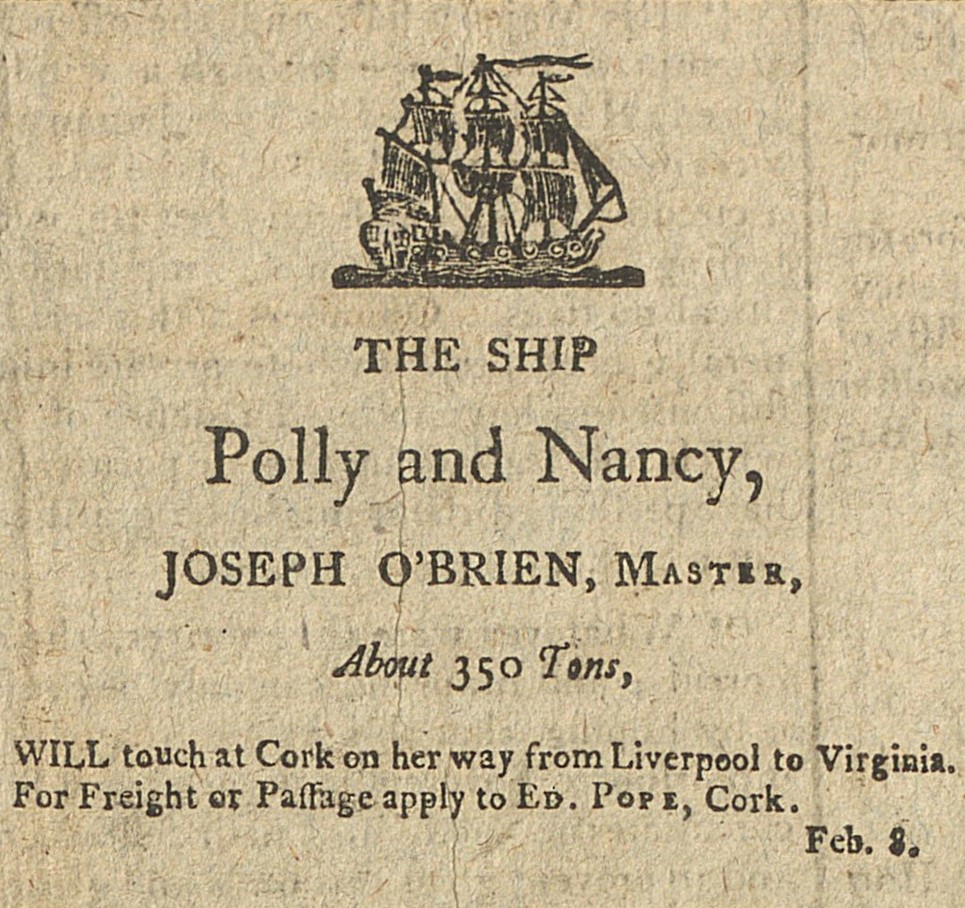 Advertisement from The Cork Gazette, 14 April 1792

Advertisement from The Hibernian Chronicle, 15 January 1770 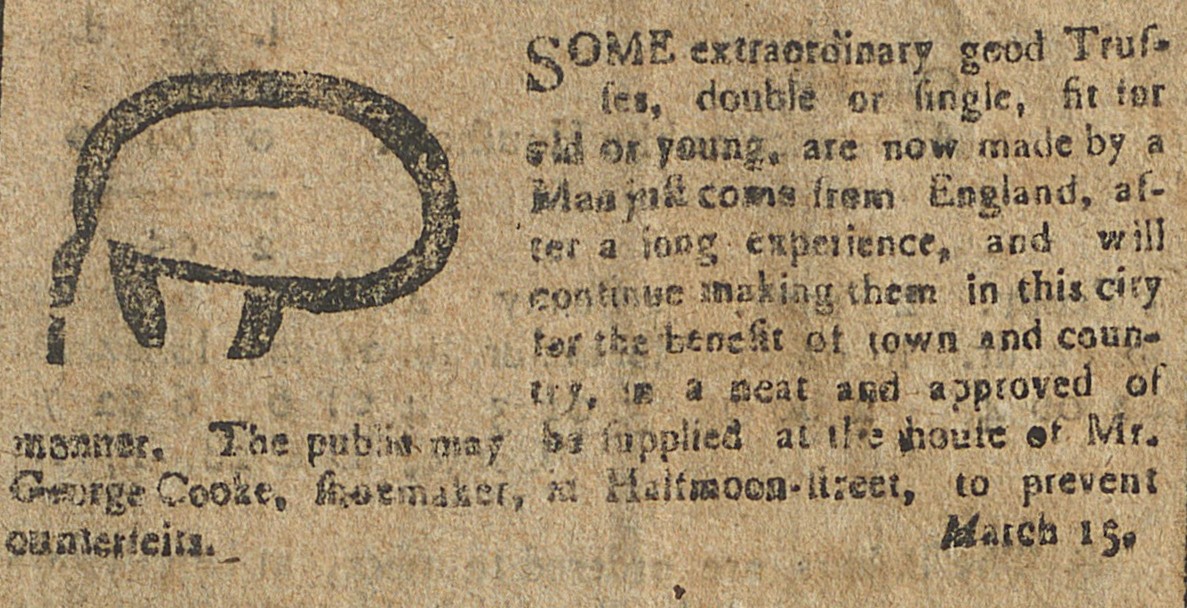 Advertisement from The Corke Chronicle, 2 January 1772 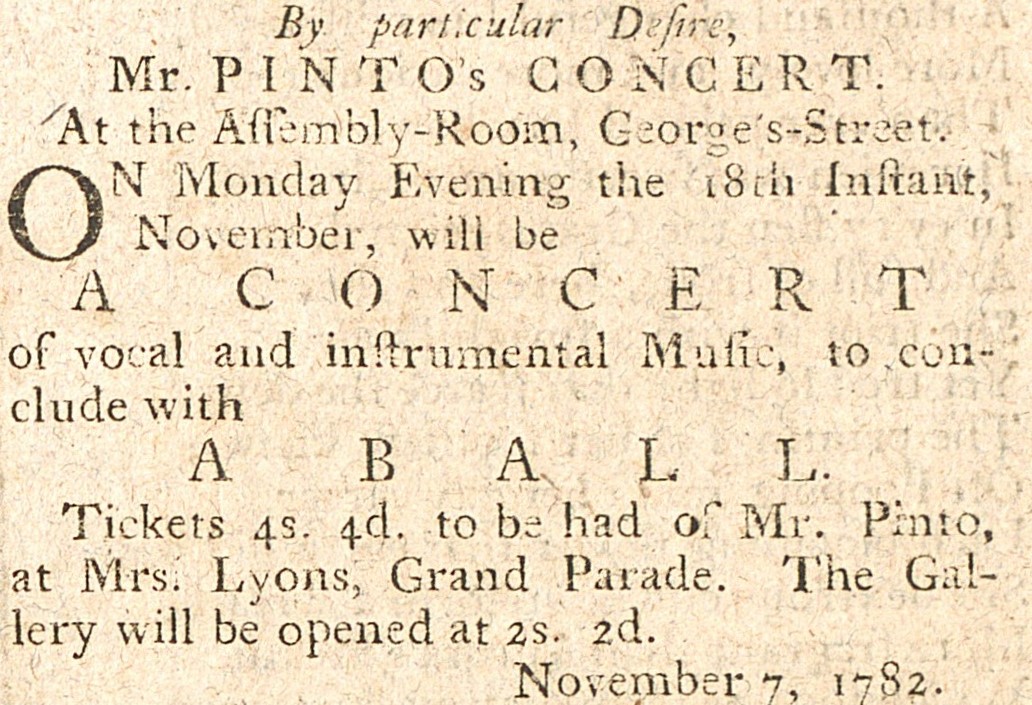 Advertisement from The Volunteer Journal, 7 November 1784 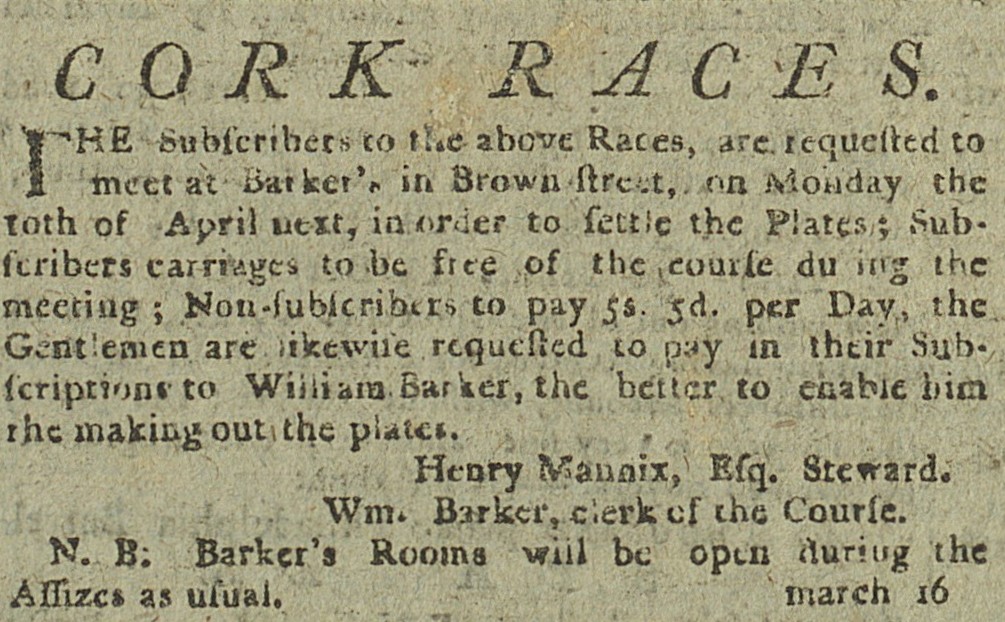 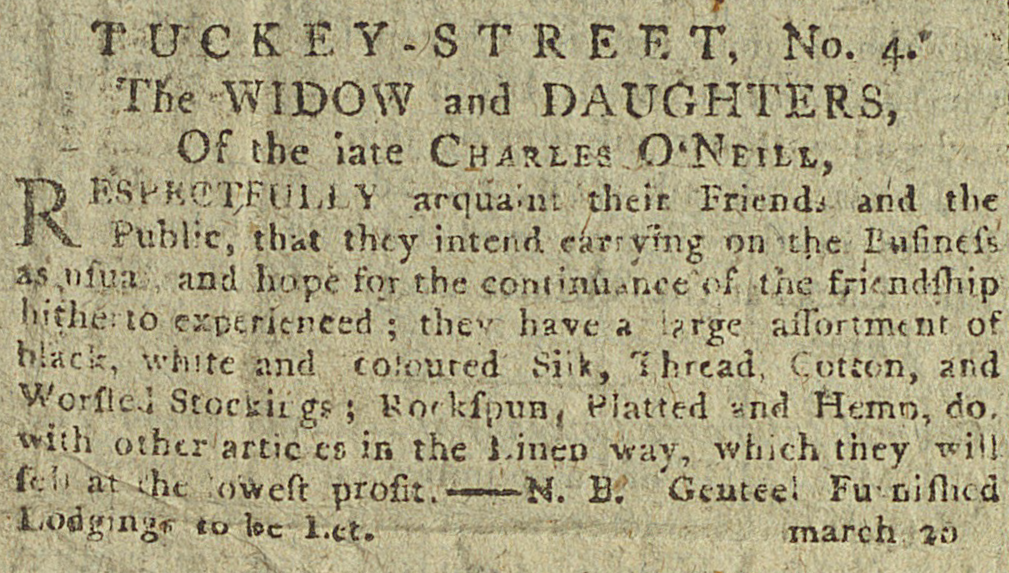 Cork newspapers in the 18th century usually consisted of four pages, and appeared twice weekly.  The content consisted of reprinted news, culled from other newspapers in Ireland and Britain, arriving with commercial ships (‘packets’).  A small amount of local news, including some marriage and death notices, and sometimes short court reports, followed.  The remainder of the paper consisted of advertisements – the main source of income for the printer.  Occasionally other material, such as letters or poems, can be found.

By the start of the 19th century, newspaper publishers had experimented with increased frequencies, usually producing 3 issues per week.  Daily issues did not become common until the middle of the 19th century, by which time local news had become the dominant feature of the paper's content.  This reflected an increasingly prosperous middle-class, with greater disposable income to purchase newspapers frequently.  While advertising of course remained a vital source of income for the publishers, significantly rising circulations also meant that the newspaper business became potentially lucrative.

Until quite late in the twentieth century, Cork newspapers were consciously aligned with a particular religious or political stance.  In the 18th century, this was generally one either supportive of or hostile to relief for Catholics from the various penal laws.  In the following century, this religious division became more explicitly political as newspapers reported on support for or opposition to Catholic emancipation, repeal of the Act of Union, and the campaign for Home Rule.