The collection of the late Professor Tadhg Ó Donnchadha (Torna), Professor of Irish at University College Cork (1916-1944) forms the nucleus of a research collection for Celtic Studies. Torna's collection has been augmented by purchases of material of related interest published since the death of Torna. His original collection is organised by author surname with the subsequent material organised by Dewey. There is also a very small Tadhg Ó Donnchadha (Tórna) Collection (archival) that may be of interest.

Of interest to students may be the archival collection containing Professor Riobáird Breathnach’s (1913-1975) working academic papers, chiefly compiled during his tenure as Professor of Old and Middle English at UCC from 1967 until his retirement in 1972. Material is primarily concerned with Anglo-Saxon, Medieval, and Modern English, as well as Medieval and Modern Irish.

This frontispiece depicts Brian Boru and is opposite the title page of Keating's A General History of Ireland (1723). This copy was printed in Dublin and was owned by John Windele, a noted Cork antiquarian in the 19th century. 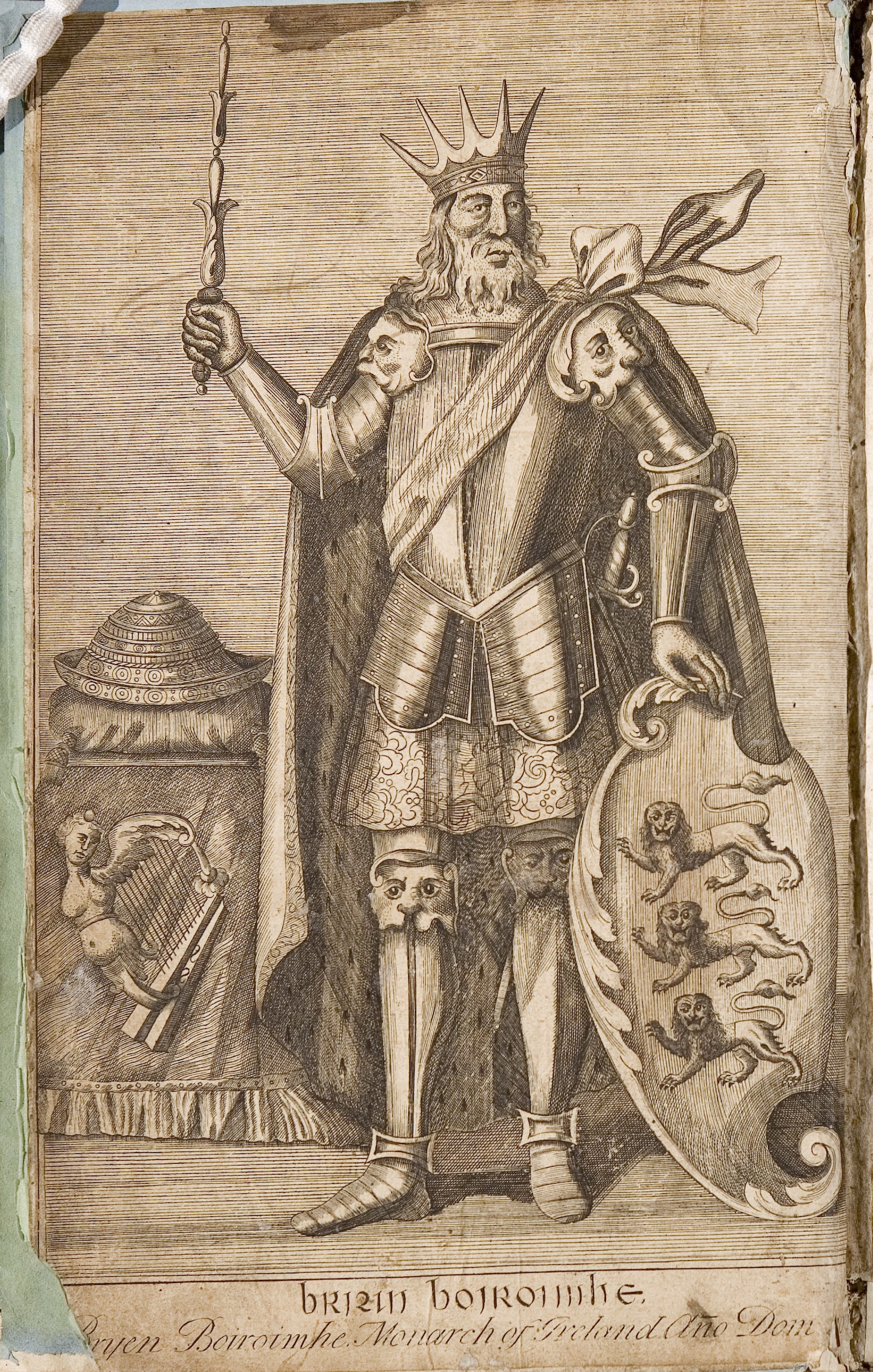 Every effort will be made to fulfil scan & deliver / reprographic types of requests, but this may not always be possible due to availability, copyright restrictions, size and condition of materials. Due to the time-consuming nature of fulfilling requests across multiple microfilm reels rather than journal articles/book chapters there is a limit of 5 items in a week.