Special Collections and Archives has collaborated with various departments and institutions and for different events to create digitised content from its collections. Below are two such examples. 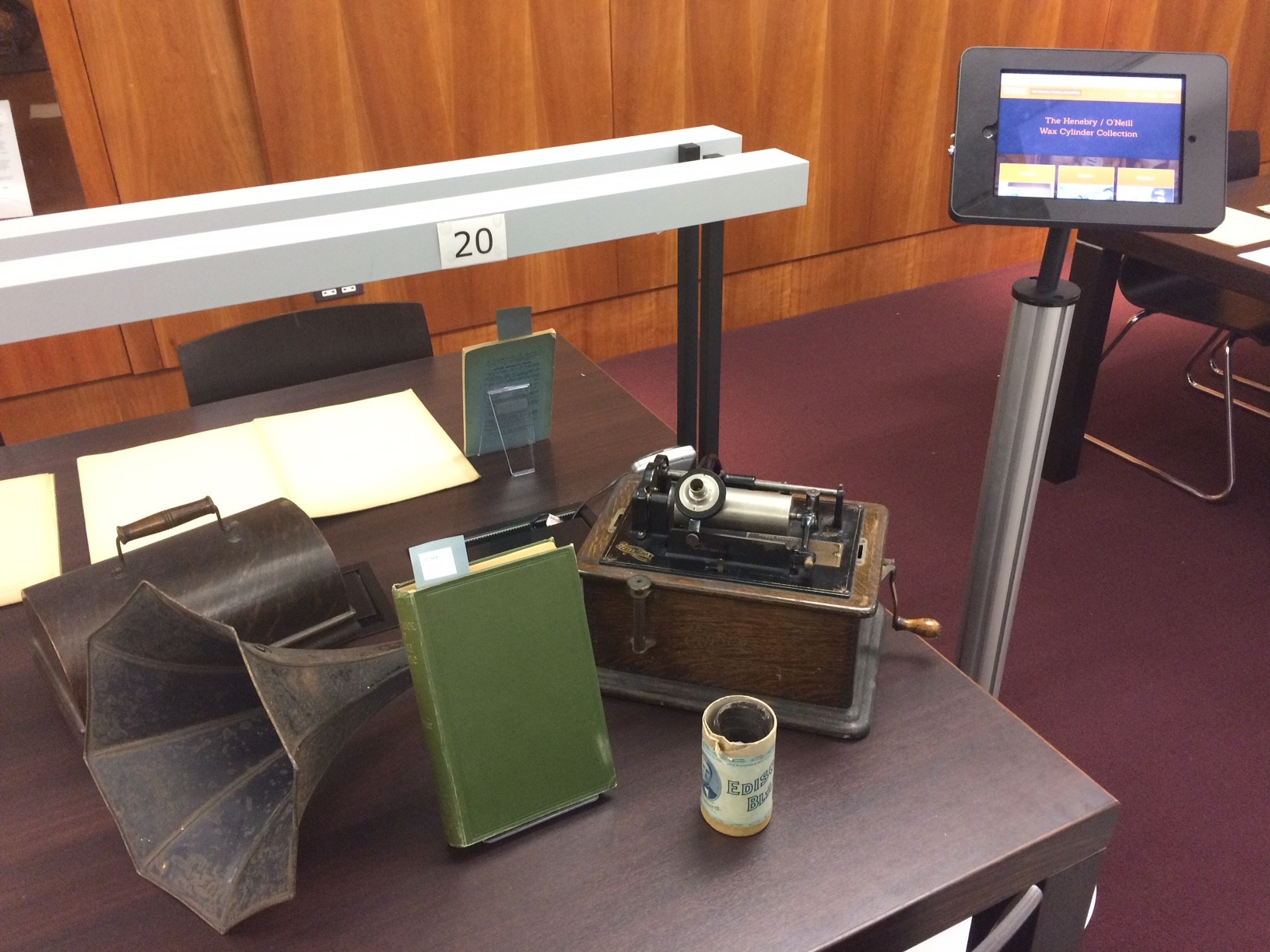 UCC's Wax Cylinder Collection consists of a series of cylinders, American in origin, recorded by Captain Francis O’Neill in Chicago prior to 1905.  The cylinders, sent to Professor Henebry as a birthday present in 1907, consist of recordings of some of the best known Chicago-Irish musicians of the day, including the pipers Patsy Touhey and James Early and the fiddle player James McFadden. Additionally in the collection is a series of cylinders which Henebry recorded as part of a scheme funded in 1911.  Almost all of this collection was made in the Déise region of Waterford, and as such comprises the earliest field recordings of Irish traditional music and singing.

Listen to the recordings on the Henebry/ O'Neill website. 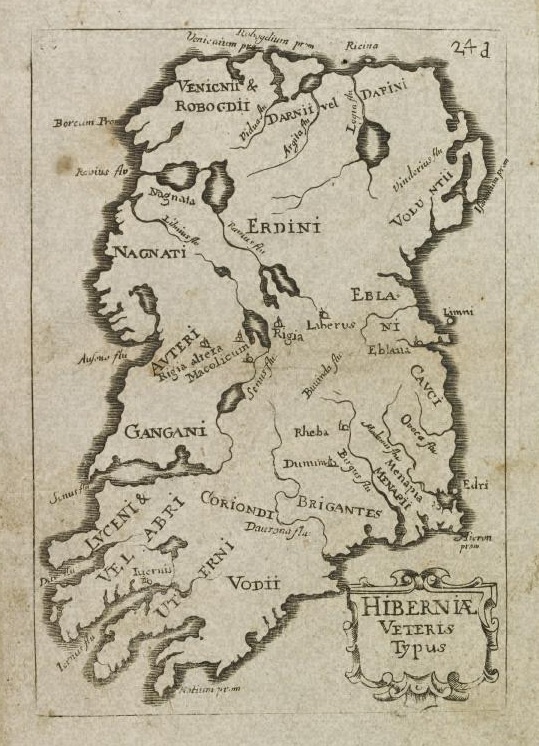 The objective of Irish Script on Screen (ISOS) is to create digital images of Irish manuscripts, and to make these images, together with relevant commentary, available online.

UCC Library is delighted to be able to participate in the ISOS Project and in doing so to contribute to the objectives of ISOS in providing electronic access some of our most important heritage collections. We look forward to continuing to make additional Gaelic manuscripts available to academic communities and the general public via ISOS into the future.

The Papers of George Boole, (IE BP/1) were collected by Boole’s sister Maryann after his death, to provide the sourcework for a proposed biography by her. They were subsequently purchased at auction by UCC.

The collection consists mainly of personal letters to and from Boole, the original order having been lost an artificial order was imposed by the Archivist during processing. Very few of Boole’s academic works are preserved here, however drafts of unpublished lectures dealing with such topics as astronomy, ancient mythology, education and one entitled "Are the Planets Inhabited?" are extant.

The George Boole Papers Digitisation Project was co-ordinated by Special Collections, Archives and Repository Services, UCC Library with the support of Library IT and the former partner, the Digital Humanities Observatory.

The George Boole Examination Scrapbook (IE BL/SC/GB) contains mathematical examination papers set by George Boole during his time as the first Professor of Mathematics, Queen's College Cork (later University College Cork). Some papers are glued onto the pages, others are written directly onto the page of the notebook. A number of papers have handwritten notes in the hand of Boole. Some of these mathematical notations are possibly solutions to the questions set for the examination. Subjects being examined include simple equations, decimal fractions, differential calculus, spherical trigonometry, arithmetic, algebra and geometry, maxima and minima, Third Year’s Science Scholarships, etc.

A turning the pages edition of The George Boole Examination Scrapbook is available here. This was created during George Boole 200*

George Boole’s personal copy of his own work An Investigation of the Laws of Thought: On Which Are Founded the Mathematical Theories of Logic and Probabilities more commonly known as The Laws of Thought is signed on the title page in Boole’s hand “G. Boole Queen's Coll (sic) Cork.”  The work is dedicated to John Ryall who was a friend of Boole’s and Vice-President and Professor of Greek at Queen’s College Cork. There are a number of pages tipped in to the volume. Between pages 46 and 47 there is a handwritten page by Boole. In addition following page 417 are two unpaginated pages by Boole. Pages 423 to the end of the volume are handwritten by Boole.

A turning the pages edition of An Investigation of the Laws of Thought: On Which Are Founded the Mathematical Theories of Logic and Probabilities is available here. This was created during George Boole 200*.

Special Collections and Archives offer a predetermined number of collections for use in digital projects. Please contact Crónán Ó Doibhlin for further information.